Kumar L. is a fervent tech enthusiast, a social media newbie and an author.

A mechanical engineer by profession, his writing specialty is in science fiction and fantasy, with themes of adventure, thrill and drama; offering a positive perspective of what the future could hold for humanity. 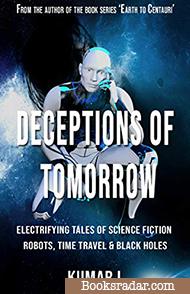 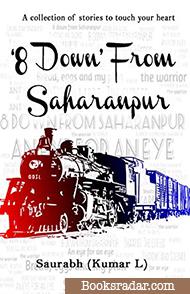 8 Down from Saharanpur: A collection of stories to touch your heart
Earth to Centauri Series 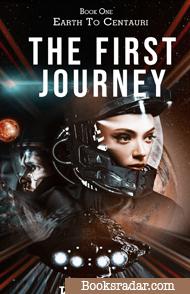 Earth to Centauri: The First Journey 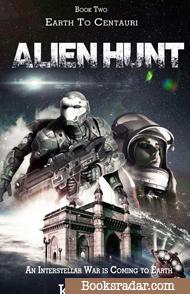 Earth To Centauri - Alien Hunt: An Interstellar War is Coming to Earth 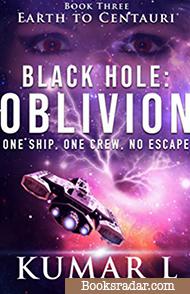 Earth to Centauri: Black Hole Oblivion: One Ship. One Crew. No Escape.
Non-fiction 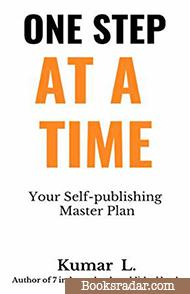 One Step at a Time: Your Self-publishing Master Plan

With the rapid growth of Artificial Intelligence, will humans at one point inevitably face a robot revolution?

Once time travel becomes a possibility, what next? Will we be able to change the past?

Black holes to date still remain one of life’s biggest mysteries. Will we be able to harness these immensely powerful systems for good or evil?

Come to learn Asimov’s Three Laws of Robotics, and what impact these laws will have on the society of the future.

8 Down from Saharanpur: A collection of stories to touch your heart

Buy now
Like
8 Down from Saharanpur: A collection of stories to touch your heart

A woman is in dire need of vengeance.

A warrior, in the depths of the jungle, is about to experience something that will change their life forever.

A corporate executive just short of success—close but no cigar.

A coincidental meeting with a revolutionary in British India. And of course, zombies!

This is a collection of short stories that will take you on a journey of exploration, terror and possibly offer some personal insight.

This is a world of fantasy, mystery and horror.

Earth to Centauri: The First Journey

Buy now
Like
Earth to Centauri: The First Journey

“Three planets are plunged into chaos thanks to a 140-year-old secret.”

Someone has found Voyager 1, launched in 1977, and is sending a signal back to Earth.

With a new high-tech spaceship named Antariksh, and a crew composed of newcomers like Lt. Manisha, as well as experienced personnel like Commander Ryan, Captain Anara reaches the source of the signal at the nearest star to Earth - Proxima Centauri.

To meet with the aliens, Anara must overcome challenges on her own ship, including an uncooperative A.I and unaccountable radiation, which may jeopardize their mission.

What they however discover on planet Proxima B will have far reaching implications, exposing Earth to inconceivable dangers.

Earth To Centauri - Alien Hunt: An Interstellar War is Coming to Earth

Buy now
Like
Earth To Centauri - Alien Hunt: An Interstellar War is Coming to Earth

“Two aliens. 48 hours to destruction! An Interstellar War Is Looming!"

It's 2118. Although the first journey into interstellar space was successful, a secret aboard the Voyager 1 is about to cause severe repercussions.

Captain Anara and her crew are aboard Antariksh, their high-tech spaceship, on their way back to earth when the world they just left behind erupts in chaos.

She then receives a cryptic message warning her that a group of mercenaries, on an unknown yet deadly mission, has been sent to Earth.

With just a matter of days before an interstellar war breaks, Anara, her crew and the National Investigation Agency, engage in intense undercover search in megacity for the mercenaries.

Earth to Centauri: Black Hole Oblivion: One Ship. One Crew. No Escape.

Captain Anara may have rescued the mega-city from destruction buy the alien killers, but one alien got away.

Off to his home planet, the alien sets off a huge explosion in space which unleashes a chain of events that leads to the formation of a black hole.

Even worse is that it will swallow Earth in less than a year, with Antariksh— Captain Anara’s spaceship—caught in the black hole from where nothing can escape.

Will Anara succeed in her desperate attempt to escape and save Earth, or will she perish?

One Step at a Time: Your Self-publishing Master Plan

Buy now
1
One Step at a Time: Your Self-publishing Master Plan

Would you like to become a self-published author but don’t know where to start? This book will provide you with everything you need to know about self-publishing.

Thousands upon thousands of books are released into the market daily, with many new authors trying to go up against seasoned authors and established publishing houses.

This book, in the form of a guide, will tell you everything you need to know about self-publishing.

There are certain specific processes that a novice author needs to adhere to in order to get published.

The book explains the tasks, activities, and systems that you will come across in the self-publishing world.