Asa Larsson is a Swedish lawyer and award-winning author of crime fiction novels.

Born in Uppsala and raised in Kiruna, she studied at Uppsala University before launching a career as a tax lawyer.

Her spell as a tax lawyer greatly influenced her writing, as the protagonist in her Rebecka Martinsson Series shares the same profession.

Larsson made her debut as a novelist with Sun Storm (2003), which was not only named Best Debut Novel by the Swedish Crime Writers’ Academy, but was also shortlisted for the Duncan Lawrie International Dagger Award.

Originally written in her native Swedish for both adults and young readers, her books have since been translated into more than 20 languages.

Now a full-time writer, Larsson currently lives in rural Sweden with her husband and two children, having previously lived in Stockholm. 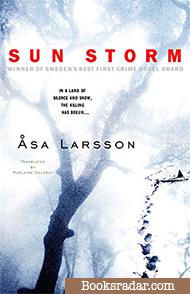 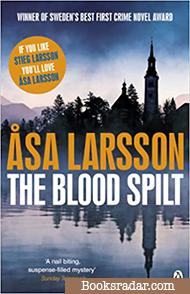 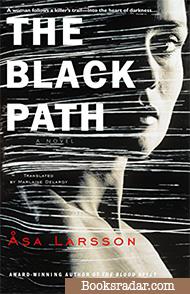 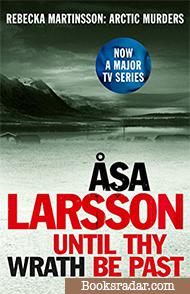 Until Thy Wrath be Past 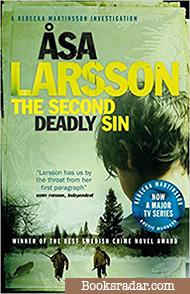 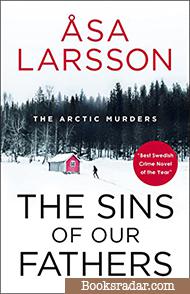 The Sins of our Fathers

Rebecka Martinsson is heading home to Kiruna, the town she’d left in disgrace years before. A Stockholm attorney, Rebecka has a good reason to return: her friend Sanna, whose brother has been horrifically murdered in the revivalist church his charisma helped create.

Beautiful and fragile, Sanna needs someone like Rebecka to remove the shadow of guilt that is engulfing her, to forestall an ambitious prosecutor and a dogged policewoman. But to help her friend, and to find the real killer of a man she once adored and is now not sure she ever knew, Rebecka must relive the darkness she left behind in Kiruna, delve into a sordid conspiracy of deceit, and confront a killer whose motives are dark, wrenching, and impossible to guess...

NB: This book is also known as The Savage Altar.

The murder of a female priest sends shockwaves through the isolated community of Kiruna. A crime that has terrifying echoes of another.

Lawyer Rebecka Martinsson returns to Kiruna to help the police, and is soon drawn into the dead woman's world. A world of hurt and healing, sin and sexuality, and above all, of lethal sacrifice.

Can Rebecka find the truth before she is consumed by it?

A grisly torture-murder, a haunting northern Sweden backdrop, and a dark drama of twisted sexuality collide memorably in a tale of menace, hope, longing, and darkness beyond imagining.

The dead woman was found on a frozen lake, her body riddled with evidence of torture. Instantly, Inspector Anna-Maria Mella knows she needs help. Because the dead woman—found in workout clothes with lacy underwear beneath them—was a key player in a mining company whose tentacles reach across the globe. Anna-Maria needs a lawyer to help explain some things—and she knows one of the best.

Attorney Rebecka Martinsson is desperate to get back to work, to feel alive again after a case that almost destroyed her. Soon Rebecka is prying into the affairs of the dead woman’s boss, the founder of Kallis Mining, whose relationship with his star employee was both complex and ominous.

But what Rebecka and Anna-Maria are about to uncover—a tangled drama of secrets, perversion, and criminality—will lay bare a tale as shocking as it is sad…about a man’s obsession, a woman’s lonely death, and a killer’s cold, cold heart.

In the first thaw of spring the body of a young woman surfaces in the River Torne in the far north of Sweden.

Rebecka Martinsson is working as a prosecutor in nearby Kiruna, her sleep troubled by visions of a shadowy, accusing figure. Could the body belong to the girl in her dream?

Joining forces with Police Inspector Anna-Maria Mella, Martinsson will need all her courage to face a killer who will kill again to keep the past buried under half a century of silent ice and snow.

At the end of a deadly bear hunt across the wilderness of northern Sweden, the successful hunters are shaken by a grisly discovery. Across in Kurravaara, a woman is murdered with frenzied brutality: crude abuse scrawled above her bloodied bed, her young grandson nowhere to be found. Only Rebecka Martinsson sees a connection. Dropped from the case thanks to a jealous rival, she now stands alone against a killer who brings death to young and old, spawned by a horrifying crime that festers after one hundred years on ice.

Buy now
1
The Sins of our Fathers

Forensic pathologist Lars Pohjanen has only a few weeks to live when he asks Rebecka Martinsson to investigate a murder that has long since passed the statute of limitations.

A body found in a freezer at the home of the deceased alcoholic, Henry Pekkari, has been identified as a man who disappeared without a trace in 1962: the father of Swedish Olympic boxing champion Börje Ström. Rebecka wants nothing to do with a fifty-year-old case - she has enough to worry about. But how can she ignore a dying man's wish?

When the post-mortem confirms that Pekkari, too, was murdered, Rebecka has a red-hot investigation on her hands. But what does it have to do with the body kept in his freezer for decades?

Meanwhile, the city of Kiruna is being torn down and moved a few kilometres east, to make way for the mine that has been devouring the city from below. With the city in flux, the tentacles of organized crime are slowly taking over...