Craig Lawrence is a British military historian, speaker/consultant on strategic leadership, and author of thriller and adventure novels, as well as non-fiction works.

Raised in Kirk Smeaton, England, Craig was commissioned into the 2nd King Edward VII's Own Gurkha Rifles (The Sirmoor Rifles) in 1983; spending the first three years at Durham University where he acquired a Bachelor's Degree in Engineering Science.

Upon graduating, he joined his Battalion in Hong Kong, and spent the next three decades in several roles, including serving with Gurkhas and filling different appointments in various military headquarters.

During the time, he completed tours in the UK, Hong Kong, Brunei, Nepal, South Africa, Germany, Belize and Canada, before taking early retirement in the rank of major general.

Craig also worked as a staff at the Royal College of Defence Studies (RCDS), before leaving to start his own company Craig Lawrence Consulting, which helps organizations develop the necessary strategies and senior leadership skills needed to succeed in the modern world.

On top of his first degree, Craig also has an MA in Conflict, Security and Development from King's College London (KCL), and an MSc in the Design of Information Systems from Cranfield University.

He is a recipient of the Member of the Most Excellent Order of the British Empire (MBE), which was later promoted to Commander of the same order (CBE), and the Queen's Commendation for Valuable Service (QCVS) for his leadership during his Gurkha Battalion's tour in Bosnia. 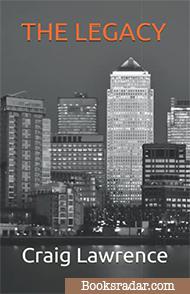 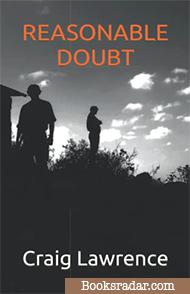 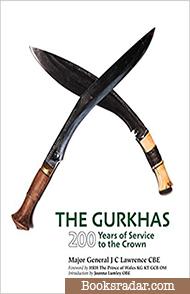 The Gurkhas: 200 Years of Service to the Crown 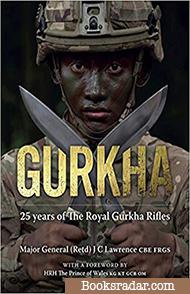 Lucy Masters has just completed her PhD and is heading out to the Himalayas to climb some of the world’s most challenging mountains. An assassin stalks a man whose company has developed a revolutionary new social media application. Harry Parker, an ex-Gurkha Army officer, is on leave between development contracts in Nepal. One of the City’s most successful hedge fund managers is about to make his biggest ever fortune.

Though they don’t know it yet, the lives of these very different people come together in the most unexpected way. Add in a young and very beautiful emerging artist, a sociopath ex-special forces ‘fixer’ and an ambitious Police Commissioner and the stage is set for a dramatic adventure. From the mountains of Nepal and the Tors of Dartmoor to the streets of London and Edinburgh, the story that unfolds will grip you from the first page.

When investigative journalist Amélie Lagarde learns that her brother has been killed on a diving expedition, she doesn’t share the police’s view that it was an accident.

Ex-Gurkha Harry Parker agrees to help her investigate, expecting to spend a few days in the sun checking the facts and talking to the local authorities.  What he doesn’t expect is to find himself drawn into a deadly battle between an ambitious prime minister, the intelligence agencies and a Taliban commander, now the world’s most wanted terrorist, but that’s exactly what happens. And as the death toll mounts and the government refuses to act, Parker and Lagarde realize they have little option but to take matters into their own hands.

From the streets of London and the historic island of Malta to the bazaars of Kathmandu and the desolate mountains of Afghanistan, the story that unfolds will grip you from the first page!

The Gurkhas: 200 Years of Service to the Crown

Buy now
Like
The Gurkhas: 200 Years of Service to the Crown

Field Marshall Sam Manekshaw, former Chief of Staff of the Indian Army once said, “If a man says he is not afraid of dying, he is either lying or is a Gurkha.” There is no body of fighters more well known—or more feared—in the British Army than the Brigade of Gurkhas.

Formed in June 1815, these fierce soldiers are still world-renowned for their courage, finesse, and their signature weapon, the Khukuri. In their two-hundred year history, they have won major victories, countless medals for bravery, and the hearts of the British people.

This book, written by Major General J C Lawrence CBE, with a foreword by HRH The Prince of Wales, is the complete visual history of the regiment, its brave soldiers, and the romanticism imbued by tales told over centuries. With over two hundred magnificent photos, The Gurkhas will delight historians and military enthusiasts alike.

Buy now
Like
Gurkha: 25 Years of the Royal Gurkha Rifles

Brief histories of deployments and special interest sections, including recruiting, training, sport, religious festivals, and of course, the kukri are included. Lists of officers, soldiers, honors, and awards—including The Roll of Honour and Battle Honours (and its antecedent regiments)—are amongst the detail amassed in this special edition. This stunning celebration of the Royal Gurkha Rifles is accompanied by more than five hundred illustrations and a foreword by His Royal Highness Prince Charles.