He also earned a J.D. from Temple University School of Law.

Levin plied his trade as an attorney in the private sector as well as a top adviser and administrator to several members of President Reagan's cabinet, including Attorney General Edwin Meese.

An inductee of the National Radio Hall, Levin is the host of LevinTV, the host of Life, Liberty, & Levin on Fox News, and the chairman of Landmark Legal Foundation. 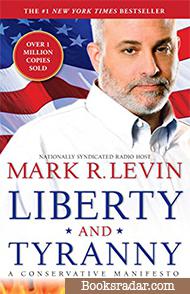 Liberty and Tyranny: A Conservative Manifesto 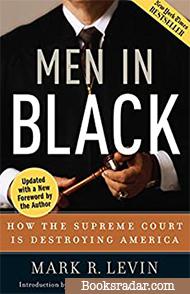 Men in Black: How the Supreme Court Is Destroying America 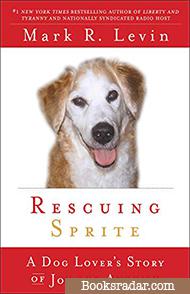 Rescuing Sprite: A Dog Lover's Story of Joy and Anguish 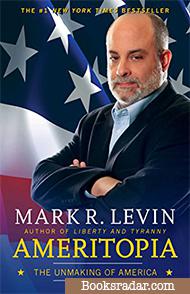 Ameritopia: The Unmaking of America 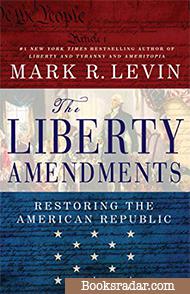 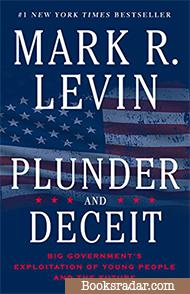 Plunder and Deceit: Big Government's Exploitation of Young People and the Future 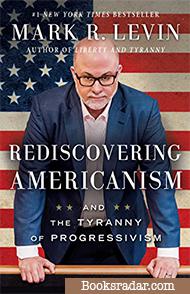 Rediscovering Americanism: And the Tyranny of Progressivism

Unfreedom of the Press 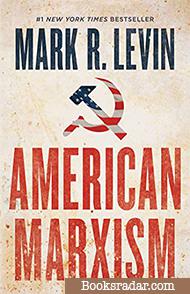 Liberty and Tyranny: A Conservative Manifesto

Buy now
Like
Liberty and Tyranny: A Conservative Manifesto

When nationally syndicated radio host Mark R. Levin’s Liberty and Tyranny appeared in the early months of the Obama presidency, Americans responded by making his clarion call for a new era in conservatism a #1 New York Times bestseller for an astounding twelve weeks.

As provocative, well-reasoned, robust, and informed as his on-air commentary, with his love of our country and the legacy of our Founding Fathers reflected on every page, Levin’s galvanizing narrative provides a philosophical, historical, and practical framework for revitalizing the conservative vision and ensuring the preservation of American society.

In the face of the modern liberal assault on Constitution-based values, an attack that has resulted in a federal government that is a massive, unaccountable conglomerate, the time for reinforcing the intellectual and practical case for conservatism is now. In a series of powerful essays, Levin lays out how conservatives can counter the tyrannical liberal corrosion that has filtered into every timely issue affecting our daily lives, from the economy to health care, global warming to immigration, and more.

Buy now
Like
Men in Black: How the Supreme Court Is Destroying America

Levin writes: “Barely one hundred justices have served on the United States Supreme Court. They’re unelected, they’re virtually unaccountable, they’re largely unknown to most Americans, and they serve for life…in many ways the justices are more powerful than members of Congress and the president.… As few as five justices can and do dictate economic, cultural, criminal, and security policy for the entire nation.”

In Men in Black, you will learn:

How the Supreme Court protects virtual child pornography and flag burning as forms of free speech but denies teenagers the right to hear an invocation mentioning God at a high school graduation ceremony because it might be “coercive.”

How a former Klansman and virulently anti-Catholic Supreme Court justice inserted the words “wall of separation” between church and state in a 1947 Supreme Court decision––a phrase repeated today by those who claim to stand for civil liberty.

How Justice Harry Blackmun, a one-time conservative appointee and the author of Roe v. Wade, was influenced by fan mail much like an entertainer or politician, which helped him to evolve into an ardent activist for gay rights and against the death penalty.

How the Supreme Court has dictated that illegal aliens have a constitutional right to attend public schools, and that other immigrants qualify for welfare benefits, tuition assistance, and even civil service jobs.

Buy now
Like
Rescuing Sprite: A Dog Lover's Story of Joy and Anguish

Mark Levin, while known as a lawyer and nationally syndicated broadcaster, considers himself first and foremost a dog lover. In 2004, Mark’s family added a new member to their bunch—a beautiful, Spaniel-mixed dog they named Sprite. With his beautiful face and soft, huggable fur, Sprite immediately bonded with the Levin family.

But on Halloween night, just three weeks after being adopted, Sprite collapsed and had to be rushed to the animal hospital in what would turn out to be the first of many such visits—and a difficult, heart-wrenching journey for the entire family.

Over the next two years, Sprite’s health deteriorated, but his spirit remained high and his beauty and grace continued to inspire, until the holiday season of 2006, when the Levin family had to say a final goodbye to their beloved pet. Rescuing Sprite is a stunningly intimate revelation of the strong love that can develop between a family and a pet, and the realization, as Mark Levin puts it, that “in the end, we humans are the lucky ones.”

#1 New York Times bestseller, Mark R. Levin explores the psychology, motivations, and history of the utopian movement, its architects—the Founding Fathers, and its modern-day disciples—and how the individual and American society are being devoured by it.

Levin asks, what is this utopian force that both allures a free people and destroys them? Levin digs deep into the past and draws astoundingly relevant parallels to contemporary America from Plato’s Republic, Thomas More’s Utopia, Thomas Hobbes’s Leviathan, and Karl Marx’s Communist Manifesto, as well as from the critical works of John Locke, Charles Montesquieu, Alexis de Tocqueville, and other philosophical pioneers who brilliantly diagnosed the nature of man and government. As Levin meticulously pursues his subject, the reader joins him in an enlightening and compelling journey. And in the end, Levin’s message is clear: the American republic is in great peril. The people must now choose between utopianism or liberty.

President Ronald Reagan warned, “freedom is never more than one generation away from extinction.” Levin agrees, and with Ameritopia, delivers another modern political classic, an indispensable guide for America in our time and in the future.

Buy now
Like
The Liberty Amendments: Restoring the American Republic

The delegates to the 1787 Constitutional Convention and the delegates to each state’s ratification convention foresaw a time when the Federal government might breach the Constitution’s limits and begin oppressing the people. Agencies such as the IRS and EPA and programs such as Obamacare demonstrate that the Framers’ fear was prescient.

The Framers adopted ten constitutional amendments, called the Bill of Rights, that would preserve individual rights and state authority. Levin lays forth eleven specific prescriptions for restoring our founding principles, ones that are consistent with the Framers’ design.

His proposals—such as term limits for members of Congress and Supreme Court justices and limits on federal taxing and spending—are pure common sense, ideas shared by many. They draw on the wisdom of the Founding Fathers—including James Madison, Benjamin Franklin, Thomas Jefferson, and numerous lesser-known but crucially important men—in their content and in the method for applying them to the current state of the nation.

Now is the time for the American people to take the first step toward reclaiming what belongs to them. The task is daunting, but it is imperative if we are to be truly free.

Buy now
Like
Plunder and Deceit: Big Government's Exploitation of Young People and the Future

In modern America, the civil society is being steadily devoured by a ubiquitous federal government. But as the government grows into an increasingly authoritarian and centralized federal Leviathan, many parents continue to tolerate, if not enthusiastically champion, grievous public policies that threaten their children and successive generations with a grim future at the hands of a brazenly expanding and imploding entitlement state poised to burden them with massive debt, mediocre education, waves of immigration, and a deteriorating national defense.

Yet tyranny is not inevitable. In Federalist 51, James Madison explained with cautionary insight the essential balance between the civil society and governmental restraint: “In framing a government which is to be administered by men over men, the great difficulty lies in this: you must first enable the government to control the governed; and in the next place oblige it to control itself.”

This essential new book is, against all odds, a likeminded appeal to reason and audacity—one intended for all Americans but particularly the rising generation. Younger people must find the personal strength and will to break through the cycle of statist manipulation, unrelenting emotional overtures, and the pressure of groupthink, which are humbling, dispiriting, and absorbing them; to stand up against the heavy hand of centralized government, which if left unabated will assuredly condemn them to economic and societal calamity.

Levin calls for a new civil rights movement, one that will foster liberty and prosperity and cease the exploitation of young people by statist masterminds. He challenges the rising generation of younger Americans to awaken to the cause of their own salvation, asking: will you acquiesce to a government that overwhelmingly acts without constitutional foundation—or will you stan

Buy now
Like
Rediscovering Americanism: And the Tyranny of Progressivism

In Rediscovering Americanism, Mark R. Levin revisits the founders’ warnings about the perils of overreach by the federal government and concludes that the men who created our country would be outraged and disappointed to see where we've ended up.

Levin returns to the impassioned question he's explored in each of his bestselling books: How do we save our exceptional country? Because our values are in such a precarious state, he argues that a restoration to the essential truths on which our country was founded has never been more urgent. Understanding these principles, in Levin’s words, can “serve as the antidote to tyrannical regimes and governments.” Rediscovering Americanism is not an exercise in nostalgia, but an appeal to his fellow citizens to reverse course.

This essential book brings Levin’s celebrated, sophisticated analysis to the troubling question of America's future, and reminds us what we must restore for the sake of our children and our children's children.

Unfreedom of the Press is not just another book about the press. Levin shows how those entrusted with news reporting today are destroying freedom of the press from within: “not government oppression or suppression,” he writes, but self-censorship, group-think, bias by omission, and passing off opinion, propaganda, pseudo-events, and outright lies as news.

With the depth of historical background for which his books are renowned, Levin takes the reader on a journey through the early American patriot press, which proudly promoted the principles set forth in the Declaration of Independence and the Constitution, followed by the early decades of the Republic during which newspapers around the young country were open and transparent about their fierce allegiance to one political party or the other.

It was only at the start of the Progressive Era and the twentieth century that the supposed “objectivity of the press” first surfaced, leaving us where we are today: with a partisan party-press overwhelmingly aligned with a political ideology but hypocritically engaged in a massive untruth as to its real nature.

In American Marxism, Mark Levin explains how the core elements of Marxist ideology are now pervasive in American society and culture—from our schools, the press, and corporations, to Hollywood, the Democratic Party, and the Biden presidency—and how it is often cloaked in deceptive labels like “progressivism,” “democratic socialism,” “social activism,” and more. With his characteristic trenchant analysis, Levin digs into the psychology and tactics of these movements, the widespread brainwashing of students, the anti-American purposes of Critical Race Theory and the Green New Deal, and the escalation of repression and censorship to silence opposing voices and enforce conformity. Levin exposes many of the institutions, intellectuals, scholars, and activists who are leading this revolution, and provides us with some answers and ideas on how to confront them.

As Levin writes: “The counter-revolution to the American Revolution is in full force. And it can no longer be dismissed or ignored for it is devouring our society and culture, swirling around our everyday lives, and ubiquitous in our politics, schools, media, and entertainment.” And, like before, Levin seeks to rally the American people to defend their liberty.