A native of Brooklyn, New York, John grew up playing baseball and even dreamt of playing for the Brooklyn Dodgers.

Although it turned out to be nothing more than a fantasy, John went on to become an officer in the New York City Police Department.

During his time as a cop, he was decorated over thirty times, even receiving the coveted NYPD's Medal of Valor.

He served with the department for seventeen years before being forced into early retirement, at the rank of sergeant, due to work-related injuries.

It was then that he decided to pursue fiction writing.

John, who currently lives in Florida, is a member of the Authors Guild and Mystery Writers Of America. 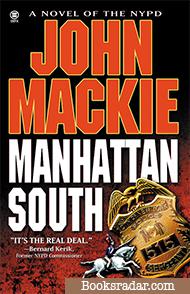 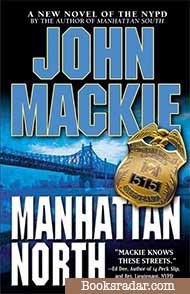 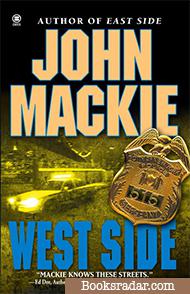 To Kill a Queen

A triple murder in a chic midtown bistro. Three bodies DOA: the bartender, a known mob associate, and the trophy wife of a garment district businessman. A private investigator, hired to follow the woman by her suspicious husband, barely clings to life. NYPD sergeant Thornton Savage suspects more than just adultery--he suspects a professional hit. But the truth is far more complicated. Blackmail and political treachery abound. The players include the Russian Mafia, a collector of rare toy soldiers, and a United States senator and his power-lusting wife. Even after Savage dispatches two gunmen in self-defense, he believes he has the support of the NYPD behind him. But his buddies on the force can't help him when he becomes the subject of a damning Internal Affairs witch-hunt...and the walking target of an unknown enemy.

Upper echelon heroin dealers and suppliers are turning up dead, most found sadistically beaten in their flashy cars with their hands lashed to the steering wheel and a bullet in their head. Detective Sergeant Thornton Savage unravels the drug war and unmasks a highly respected society darling who is the ruthless leader of the empire-building gang. In retaliation, an assassin is turned loose on those closest to Savage, making this all very personal. Now Savage will stop at nothing to see both the gang leader and his hideous assassin dead--even if it means breaking the law he's sworn to uphold.

In a small Roman Catholic Church on Manhattan’s East Side, a man confesses to a life of sin. Seconds later, the priest is dead. Not long after, a second priest is found shot to death on the Lower East Side. With a much heralded papal visit to New York City only days away, there’s no doubt in Detective Sergeant Thornton Savage’s mind that he’s got a serial killer on his hands, one about to put the pope in his crosshairs. Especially when a threatening letter arrives at the New York Post, signed by someone identifying himself as The Soldier.

With the New York archdiocese, the mayor, and the police commissioner all cranking up the political heat, Savage and the overworked Manhattan South Homicide squad are in a race against time to catch the killer before his cold vengeance strikes again. Nothing will stop Savage and his team—not even when their hard work uncovers something that could bring down the whole church….

In a Manhattan bar, two strangers pick up a young man—a soon-to-be-dead look-alike for one of them. Later, when a patient dies in the office of a West Side neurologist, the NYPD demands an autopsy. But the death is ruled a simple heart attack. The body and any potential evidence are cremated, the insurance company pays a million and a half to the beneficiary—and a perfect fraud is complete. But now the partners in crime are thinking that one perfect scam deserves another. All they need is their next victim….

When Detective Sergeant Thorn Savage and his Manhattan South Homicide squad are assigned to the stalled case, their investigation takes them into the city’s seamy underbelly, where dangerous fun—and the answers to an ingenious murder case—await those who know where to find them….

To Kill a Queen

Buy now
1
To Kill a Queen

NYPD Sergeant Thorn Savage is aboard Queen Mary 2 as she sails from New York on a scheduled transatlantic voyage. Also on board is a man who holds the key to lasting peace in the Mideast. But, terrorists have created an ingenious two-pronged plot to prevent that man from ever arriving. Therefore, the grand ship, all her passengers and the entire crew must die. By destroying and sinking the QM2 on the high seas, loss of life greater than the 9/11 destruction of the Twin Towers will have been effected, and hopes for world peace again thrown back into chaos.

Finding himself trapped in the horrendous and seemingly hopeless situation, Savage must outwit and defeat the highly organized and fanatic Jihadists. But, can a ruthless gang of well-armed terrorists be stopped by one cunning, crusty...and ballsy New York cop?