Her books are often full of anxiety, a lot of kissing and passionate happily ever afters.

She previously worked as a high school English teacher and freelance journalist, living all over the country.

Lex currently lives in her hometown of San Antonio with her husband, twin daughters, and Dandelion, their cute bunny.

She is represented by Kimberly Brower of Brower Literary & Management. 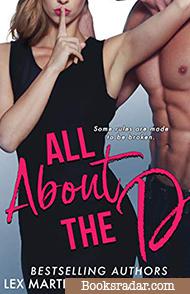 All About the D 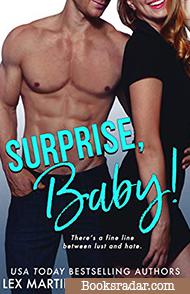 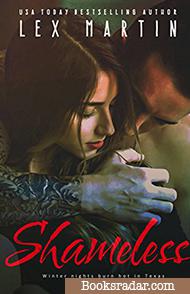 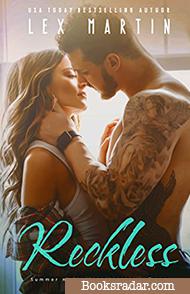 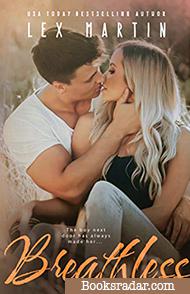 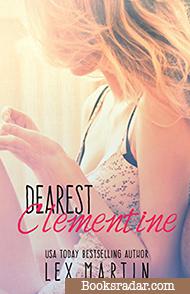 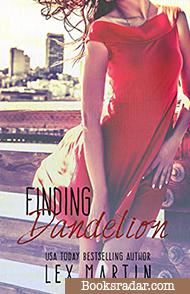 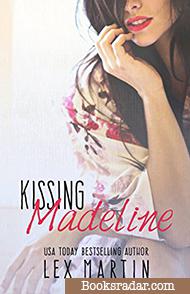 All About the D

Buy now
2
All About the D

When an anonymous blogger reached out to my law firm about his spicy website, the last thing that I ever expected was to meet a wickedly sexy guy.

As a lawyer, I’d never have sex with a client.

That just doesn’t happen—not even with the most attractive man I’ve ever crossed paths with.

Although our chemistry is fiery, the both of us just can’t afford getting sexually involved.

I've always played by the rules.

But then again rules are sometimes meant to be broken.

NB: This book, which has been co-authored with Leslie McAdam, is meant for mature audiences only.

I couldn’t care less that Drew Merritt has for the past year been transforming himself from a dirty slob to a seductive womanizer.

His looks aren’t an issue. His mouth is the biggest problem. It spews out a lot of dumb things.

However, when we are struck together after an emergency, he goes out of his way to look after me.

As different as we may be, there is one thing that we didn’t disagree on—and talking wasn’t involved.

I’ve hated Drew ever since we crossed paths years ago.

Could one weekend be enough to change that? Not exactly!

But he left me a souvenir; one that will come in nine months.

NB: This book was co-authored with Leslie McAdam.

BRADY
I’m clueless when it comes to raising a child, yet here I am the sole guardian of my niece.
Good thing I have Katherine by my side.
The lovely girl has a solution to all my worries.
And bit by bit, she warms her way into my skeptical heart, even though we just can’t be together.

KATHERINE
When the masculine and wickedly sexy Brady cruised into my life with his Harley, I wasn’t quite sure how to react.
He’ll detest me if I tell him the truth about the night that he lost his family.
As we spend more time together, I vow not to give him my heart.
But promises are sometimes broken.

TORI
I may be a lot of terrible things, but I’m not going to get involved with my boss.
Accepting to work as a nanny in order to be close to my expectant sister, I vow to mind my own business.
How long will I fight the urge to fall for my sinfully attractive boss?

ETHAN
In the middle of finalizing my terrible divorce, the last thing that I need is another relationship.
Between taking care of my children and running my ranch, I can't afford a sexy distraction.
Yet still, I can’t keep my mind off my curvaceous nanny.
Although my kids love her, I just can’t fall for her.

JOEY
At twenty-two, I only had one goal: to run away from the one guy who I’ve had a crush on for the longest time.
Desperate to protect my heart, I came up with the perfect escape plan.
The only problem was that Logan Carter had already stolen my heart.

LOGAN
I was devastated when my closest friend left without even saying goodbye.
How could she do that to me—leave me with a shattered heart?
When I see her once again, I vow to hold on to her forever.
But how can I reveal my truths when so many things in my life are lies?

At twenty, Clementine has no problems with being called bitchy and detached.

It’s the only safe way to go about, having been shattered by her high school love and stalked by a professor in her maiden year of college.

Although she swears to never date, everything changes when she meets the attractive Gavin Murphy after inadvertently registering for romance writing lessons.

As the friendship between the two blossoms, they get embroiled in a case involving a Boston University student who disappeared without a trace.

When Clem becomes a target, she knows that it’s not just her heart, but also her life, that is at stake.

When soccer bad boy Jax Avery meets Dani Hart on his twenty-first birthday, their attraction culminates in a fiery explosion.

But there are two problems.

Jax doesn’t quite remember about the hookup. He also turns out to be the brother of Dani’s new roommate.

Although Dani is unrepentant of what happened, she’ll never admit it to her roommate.

In a precarious position on the team, Jax could sabotage his chances of going pro.

Yet still, he isn’t bothered, as Dani is the only thing that he cares about.

Will Jax risk his future just to be with Dani?

Will she let him?

When I caught my boyfriend having the time of his life with a ratchet cage girl, I vowed to never go out with a pro athlete.

With my sights firmly set on making it as a broadcast reporter, I can’t afford any distractions—not even from my sexy NFL neighbor.

Having shed blood, sweat and tears to go pro, the last thing that I need is the trouble that comes with being in a relationship, more so when my last one ended terribly.

Nevertheless, I just can’t get my mind off my spirited and loud-mouthed neighbor.

Perhaps I can put that mouth to good use.

***This book is meant for mature audiences only.***