Born in East Grand Rapids, Michigan and raised in Bexley, Ohio, Erin reads a lot of fiction, and non-fiction—mostly Victorian and Colonial history.

Erin admits to having been quite shy in high school, so much that the school psychologist pulled her out of a journalism class at one point.

Whenever she isn't writing or enjoying walks with her husband, Erin can be found at the local coffee shops enjoying chai and having long chats with friends.

Her last name is pronounced McCann, and her favorite time of day is whenever her husband gets home.

All of Erin’s favorite beaches in the entire globe are in Michigan.

She transferred undergrad so many times that she can’t remember. 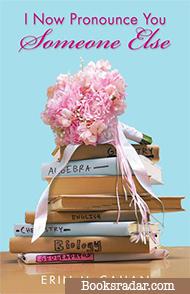 I Now Pronounce You Someone Else 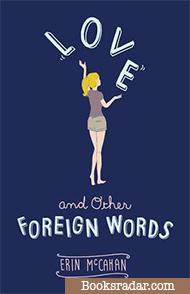 Love and Other Foreign Words 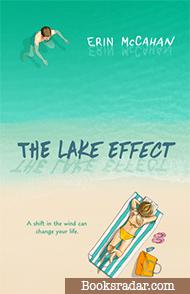 I Now Pronounce You Someone Else

Buy now
Like
I Now Pronounce You Someone Else

"Here Comes the Bride -- If She Can Pass Chemistry."

Seventeen-yaer-old Bronwen Oliver has a secret: She's really Phoebe, the lost daughter of the loving Lilywhite family. That's the only way to explain her cold, manipulative mother, distant stepfather, and good-for-nothing brother: Bronwen must have been switched at birth, and she can't wait to get back to her real family.

Then she meets Jared. He's sweet, funny, everything she wants - and he has the family Bronwen has always wanted too. When he proposes fourth months after they meet, she says yes. But as the wedding day approaches, Bronwen begins to wonder if Jared is truly what she needs. And if he's not, she has to ask: What would Phoebe Lilywhite do?

"Can anyone be truly herself—or truly in love—in a language that's not her own?"

Sixteen-year-old Josie lives her life in translation. She speaks High School, College, Friends, Boyfriends, Break-ups, and even the language of Beautiful Girls. But none of these is her native tongue--the only people who speak that are her best friend Stu and her sister Kate.

So when Kate gets engaged to an epically insufferable guy, how can Josie see it as anything but the mistake of a lifetime? Kate is determined to bend Josie to her will for the wedding; Josie is determined to break Kate and her fiancé up.

As battles are waged over secrets and semantics, Josie is forced to examine her feelings for the boyfriend who says he loves her, the sister she loves but doesn't always like, and the best friend who hasn't said a word--at least not in a language Josie understands.

1. The effect of any lake, especially the Great Lakes, in modifying the weather in nearby areas

2. The effect of elderly ladies, mysterious girls, and countless funerals, in upending your life, one summer at the beach

It’s the summer after senior year, and Briggs Henry is out the door. He's leaving behind his ex-girlfriend and his parents’ money troubles for Lake Michigan and its miles of sandy beaches, working a summer job as a personal assistant, and living in a gorgeous Victorian on the shore. It's the kind of house Briggs plans to buy his parents one day when he’s a multi-millionaire. But then he gets there. And his eighty-four-year-old boss tells him to put on a suit for her funeral.

So begins a summer of social gaffes, stomach cramps, fraught beach volleyball games, moonlit epiphanies, and a drawer full of funeral programs. Add to this Abigail, the mystifying girl next door on whom Briggs's charms just won’t work, and “the lake effect” is taking on a whole new meaning.