Maile Meloy is an American screenwriter and author of young adult fantasy and children’s books.

A lover of all things books, Maile is the recipient of multiple accolades and recognitions, including: The Paris Review’s Aga Khan Prize for Fiction; the PEN/Malamud Award for Excellence in the Short Story; the Rosenthal Foundation Award (American Academy of Arts and Letters); as well as two California Book Awards, and a Guggenheim Fellowship.

Her essays have appeared in the New York Times, the Wall Street Journal, The New Yorker, Slate, Sunset, and O.

As a screenwriter, Maile also wrote for the Netflix Series "The Society", which will in future be a graphic novel, as well as the "Accused" show on Fox.

She is agented by Amanda Urban at ICM (literary), and by Clifford Murray at Management 360 (TV and film). 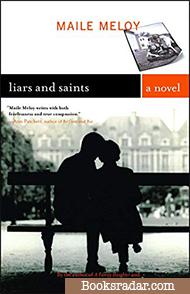 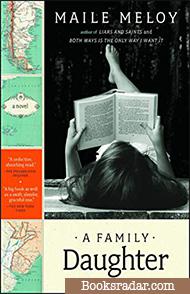 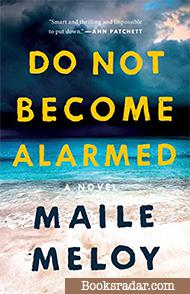 Do Not Become Alarmed
Apothecary 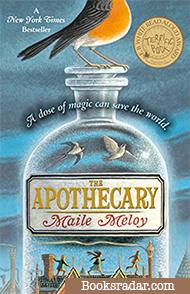 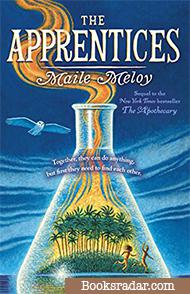 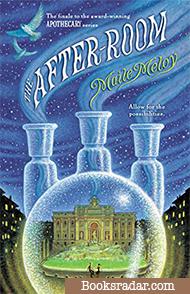 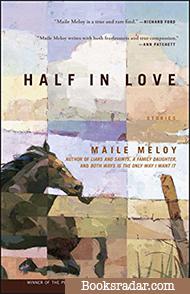 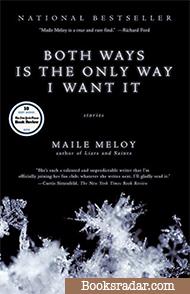 Both Ways is the Only Way I Want it
Novellas 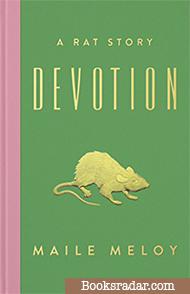 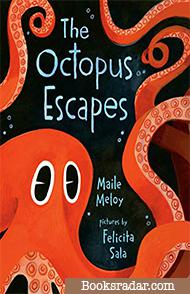 Set in California, Liars and Saints follows four generations of the Catholic Santerre family from World War II to the present. In a family driven as much by jealousy and propriety as by love, an unspoken tradition of deceit is passed from generation to generation. When tragedy shatters their precarious domestic lives, it takes astonishing courage and compassion to bring them back together.

By turns funny and disturbing, irreverent and profound, Liars and Saints is a masterful display of Maile Meloy’s prodigious gifts and of her penetrating insight into an extraordinary American family and into the nature of human love.

It's 1979, and seven-year-old Abby, the youngest member of the close-knit Santerre family, is trapped indoors with the chicken pox during a heat wave. The events set in motion that summer will span decades and continents, change the Santerres forever, and surprise and amaze anyone who loved Meloy's Liars and Saints.

A rich, full novel about passion and desire, fear and betrayal, A Family Daughter illuminates both the joys and complications of contemporary life, and the relationship between truth and fiction. For everyone who has yet to meet the Santerres, an unmatched pleasure awaits.

The sun is shining, the sea is blue, the children have disappeared.

When Liv and Nora decide to take their husbands and children on a holiday cruise, everyone is thrilled. The adults are lulled by the ship’s comfort and ease. The four children—ages six to eleven—love the nonstop buffet and their newfound independence. But when they all go ashore for an adventure in Central America, a series of minor misfortunes and miscalculations leads the families farther from the safety of the ship. One minute the children are there, and the next they’re gone.

The disintegration of the world the families knew—told from the perspectives of both the adults and the children—is both riveting and revealing. The parents, accustomed to security and control, turn on each other and blame themselves, while the seemingly helpless children discover resources they never knew they possessed.

It's 1952 and the Scott family has just moved from Los Angeles to London. Here, fourteen-year-old Janie meets a mysterious apothecary and his son, Benjamin Burrows - a fascinating boy who's not afraid to stand up to authority and dreams of becoming a spy.

When Benjamin's father is kidnapped, Janie and Benjamin must uncover the secrets of the apothecary's sacred book, the Pharmacopoeia, in order to find him, all while keeping it out of the hands of their enemies - Russian spies in possession of nuclear weapons. Discovering and testing potions they never believed could exist, Janie and Benjamin embark on a dangerous race to save the apothecary and prevent impending disaster.

Two years have passed since Janie Scott last saw Benjamin Burrows, the mysterious apothecary’s defiant son who stole her heart. On the other side of the world, Benjamin and his father are treating the sick and wounded in the war-torn jungles of Vietnam.

But Benjamin has also been experimenting with a magical new formula that allows him to communicate with Janie across the globe. When Benjamin discovers that she's in trouble, he calls on their friend Pip for help. The three friends are thrown into a desperate chase around the world to find one another, while unraveling the mystery of what threatens them all.

It’s 1955, and Benjamin Burrows and Janie Scott are trying to live a safe, normal life in America. It’s not easy, when they have the power to prevent nuclear disaster, and sinister forces are circling. Soon the advice of a mysterious, unscrupulous magician propels Janie and Benjamin into danger, and toward the land of the dead.

Meanwhile, their friend Jin Lo washes up on a remote island where an American spy is stationed, and finds herself on the trail of a deadly threat in China. But she’s on the other side of the world—how can Janie and Benjamin reach her?

Lean and controlled in their narration, abundant and moving in their effects, Maile Meloy’s stories introduce a striking talent. Most are set in the modern American West, made vivid and unexpected in Meloy’s unsentimental vision; others take us to Paris, wartime London, and Greece, with the same remarkable skill and intuition.

In “Four Lean Hounds, ca. 1976,” two couples face a complicated grief when one of the four dies. In “Ranch Girl,” the college-bound daughter of a ranch foreman must choose which adult world she wants to occupy. In “A Stakes Horse,” a woman confronts risk and loss at the racetrack and at home. And in “Aqua Boulevard”—winner of the 2001 Aga Khan Prize for Fiction—an elderly Parisian confronts his mortality. Meloy’s command of her characters’ voices is breathtaking; their fears and desires are deftly illuminated. Smart, surprising, and evocative, Meloy’s brilliantly observed stories fully engage the mind and heart.

Eleven unforgettable new stories demonstrate the emotional power and the clean, assured style that have earned Meloy praise from critics and devotion from readers.

Propelled by a terrific instinct for storytelling, and concerned with the convolutions of modern love and the importance of place, this collection is about the battlefields-and fields of victory-that exist in seemingly harmless spaces, in kitchens and living rooms and cars. Set mostly in the American West, the stories feature small-town lawyers, ranchers, doctors, parents, and children, and explore the moral quandaries of love, family, and friendship. A ranch hand falls for a recent law school graduate who appears unexpectedly- and reluctantly-in his remote Montana town. A young father opens his door to find his dead grandmother standing on the front step. Two women weigh love and betrayal during an early snow.

Throughout the book, Meloy examines the tensions between having and wanting, as her characters try to keep hold of opposing forces in their lives: innocence and experience, risk and stability, fidelity and desire.

“That the yellow house was thrillingly affordable might have been a warning sign, if Eleanor had known how to read it. But she’d been desperate. She was sharing a room with her four-year-old daughter, Hattie, in her parents’ house, and she had to get out.”

Eleanor is in such a rush to move away from her parents that she allows an imperious realtor to rush her to close on the too-good-to-be-true home without an inspection. Shortly after the house becomes legally hers—with every cent and all of her pride and future tied up in the property—the giant rats show themselves. In the yard, in the kitchen, on her daughter’s bed.

A walk around the block reveals a decrepit neighboring house where two elderly sisters are feeding and fostering thousands of unusual “pets.” What has Eleanor done? What action can she possibly take now?

The octopus is happy in his undersea cave until one day, a diver captures him and takes him to live in an aquarium. The humans give him food and tests that look like toys. But every day is the same, and the octopus soon tires of captive life. And so, under the cover of darkness, he makes his daring escape...