She has so far authored two series, namely the Keeper of the Lost Cities, which is an award-winning middle grade series, as well as the Sky Fall series for young adults.

Although she is now a seasoned writer, Shannon never knew that she wanted to be a writer.

She attended the USC School of Cinematic Arts, where she studied art, screenwriting, and film production.

However, by the time she graduated, Shannon had realized that she enjoyed watching movies far more than making them.

Although she worked in Hollywood after graduating, she made an exit after a year and got a regular job in an effort to pay the bills.

While in the middle of a work project, she got the idea of Keeper of the Lost Cities and never looked back.

Her books have since been translated into different languages and published in several territories.

Shannon currently lives in her Southern California home with more cats than she would like to admit. 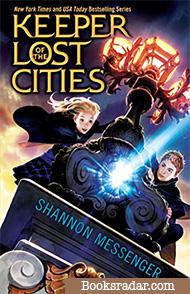 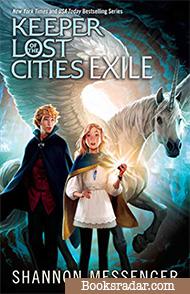 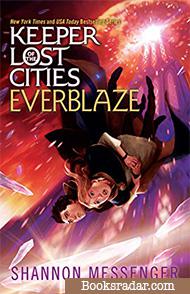 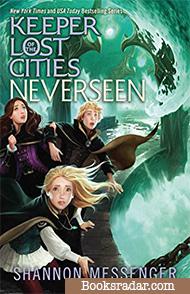 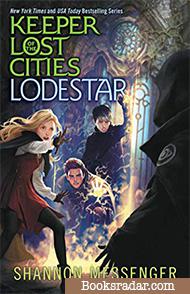 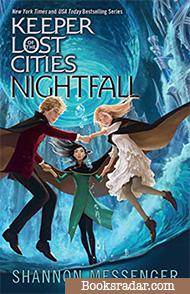 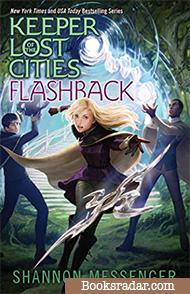 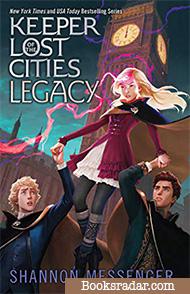 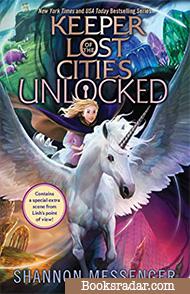 Unlocked: A Keeper of the Lost Cities Novella 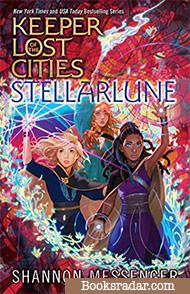 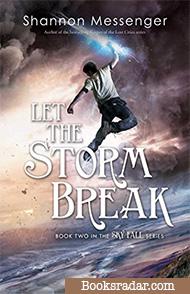 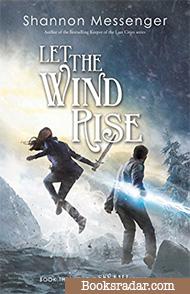 A telepathic girl must figure out why she is the key to her brand-new world before the wrong person finds the answer first.

Twelve-year-old Sophie has never quite fit into her life. She’s skipped multiple grades and doesn’t really connect with the older kids at school, but she’s not comfortable with her family, either. The reason? Sophie’s a Telepath, someone who can read minds. No one knows her secret—at least, that’s what she thinks…

But the day Sophie meets Fitz, a mysterious (and adorable) boy, she learns she’s not alone. He’s a Telepath too, and it turns out the reason she has never felt at home is that, well…she isn’t. Fitz opens Sophie’s eyes to a shocking truth, and she is forced to leave behind her family for a new life in a place that is vastly different from what she has ever known.

But Sophie still has secrets, and they’re buried deep in her memory for good reason: The answers are dangerous and in high-demand. What is her true identity, and why was she hidden among humans? The truth could mean life or death—and time is running out.

Sophie befriends the mythical Alicorn and puts her mysterious powers to the test in this enchanting second book in the Keeper of the Lost Cities series.

Sophie is settling in nicely to her new home and her new life in the world of the lost cities. And it helps that living at Havenfield means getting to spend time with rare, precious species—including the first female Alicorn, who shows herself to Sophie and trusts no one but her.

Sophie is tasked with helping to train the magical creature so that the Alicorn can be revealed to the people of the lost cities as a sign of hope, and Sophie wants to believe that the recent drama and anguish is gone for good.

But the secrets buried deep in Sophie’s memories remain, and before long before she’s back in incredible danger, risking everything to find the answers to questions that could save not only her life, but the life of someone close to her…

Sophie Foster is ready to fight back.

Her talents are getting stronger, and with the elusive Black Swan group ignoring her calls for help, she’s determined to find her kidnappers—before they come after her again.

But a daring mistake leaves her world teetering on the edge of war, and causes many to fear that she has finally gone too far. And the deeper Sophie searches, the farther the conspiracy stretches, proving that her most dangerous enemy might be closer than she realizes.

In this nail-biting third book in the Keeper of the Lost Cities series, Sophie must fight the flames of rebellion, before they destroy everyone and everything she loves.

Sophie battles the rebels—and recovers dark memories from her past.

Sophie Foster is on the run—but at least she’s not alone.

Her closest friends from the Lost Cities have gone with her to join the Black Swan. They still have doubts about the shadowy organization, but the only way to find answers is to start working with them. And as they settle into their new lives, they uncover secrets bigger than anything they’d imagined.

But their enemies are far from done, and unleash a terrifying plague that threatens the safety of an entire species. Sophie and her friends fight with everything they have—with new allies joining them—but every choice has consequences. And trusting the wrong person could prove deadly.

Dark schemes unfold and Sophie’s loyalty is pushed to the limit...

Sophie Foster is back in the Lost Cities—but the Lost Cities have changed. The threat of war hangs heavy over her glittering world, and the Neverseen are wreaking havoc.

The lines between friend and enemy have blurred, and Sophie is unsure whom to trust. But when she’s warned that the people she loves most will be the next victims, she knows she has to act.

A mysterious symbol could be the key—if only she knew how to translate it. Every new clue seems to lead deeper into her world’s underbelly and the Black Swan aren’t the only ones who have plans. The Neverseen have their own Initiative, and if Sophie doesn’t stop it, they might finally have the ultimate means to control her.

Sophie and her friends face battles unlike anything they’ve seen before...

Sophie Foster is struggling. Grieving. Scrambling. But she knows one thing: she will not be defeated.

The Neverseen have had their victories—but the battle is far from over. It’s time to change tactics. Make sacrifices. Reexamine everything. Maybe even time for Sophie to trust her enemies.

All paths lead to Nightfall—an ominous door to an even more ominous place—and Sophie and her friends strike a dangerous bargain to get there. But nothing can prepare them for what they discover. The problems they’re facing stretch deep into their history. And with time running out, and mistakes catching up with them, Sophie and her allies must join forces in ways they never have before.

Sophie must let the past and present blur together, because the deadliest secrets are always the ones that get erased...

Sophie Foster doesn’t know what—or whom—to believe. And in a game with this many players, the worst mistake can be focusing on the wrong threat.

But when the Neverseen prove that Sophie’s far more vulnerable than she ever imagined, she realizes it’s time to change the rules. Her powerful abilities can only protect her so far. To face down ruthless enemies, she must learn to fight.

Unfortunately, battle training can’t help a beloved friend who’s facing a whole different danger—where the only solution involves one of the biggest risks Sophie and her friends have ever taken. And the distraction might be exactly what the villains have been waiting for.

Sophie Foster wants answers. But after a lifetime of lies, sometimes the truth is the most dangerous discovery. Even the smallest secret comes with terrifying new responsibilities.

And Sophie’s not the only one with blank spots in her past, or mysteries surrounding her family. She and her friends are part of something much bigger than they imagined—and their roles have already been chosen for them.

Every clue drags them deeper into the conspiracy. Every memory forces them to question everything—especially one another. And the harder they fight, the more the lines blur between friend and enemy.

Buy now
Like
Unlocked: A Keeper of the Lost Cities Novella

Told in an exciting new way, the saga continues with plenty of huge reveals and shocking new twists—plus a complete series guide with beautiful color and black-and-white illustrations and other awesome bonuses!

In this extra special installment of the Keeper of the Lost Cities series, the story picks up right from Legacy’s particularly devastating cliffhanger. But chapters alternate between Sophie and Keefe’s perspectives to give readers deeper insights into both beloved characters. New powers will be discovered. Hard truths from the past will come to light. And all of your favorite characters will find themselves tested in ways they never imagined.

And that’s not all!

Unlocked also includes a comprehensive guide to the world of the Lost Cities, featuring new character and world details that have never been revealed before—plus fun bonuses like Keeper-themed recipes, a detailed map of the Lost Cities, gorgeous illustrations, and so much more!

The next thrilling installment of the New York Times and USA TODAY bestselling Keeper of the Lost Cities series!

A broken past and a divided future can’t stop the electric connection of two teens...

Seventeen-year-old Vane Weston has no idea how he survived the category five tornado that killed his parents. And he has no idea if the beautiful, dark-haired girl who’s swept through his dreams every night since the storm is real. But he hopes she is.

Seventeen-year-old Audra is a sylph, an air elemental. She walks on the wind, can translate its alluring songs, and can even coax it into a weapon with a simple string of commands. She’s also a guardian—Vane’s guardian—and has sworn an oath to protect Vane at all costs. Even if it means sacrificing her own life.

When a hasty mistake reveals their location to the enemy who murdered both of their families, Audra’s forced to help Vane remember who he is. He has a power to claim—the secret language of the West Wind, which only he can understand. But unlocking his heritage will also unlock the memory Audra needs him to forget.

And as the storm bears down on them, she starts to realize the greatest danger might not be the warriors coming to destroy them—but the forbidden romance that’s grown between them.

Vane Weston is haunted. By the searing pull of his bond to Audra. By the lies he’s told to cover for her disappearance. By the treacherous winds that slip into his mind, trying to trap him in his worst nightmares. And as his enemies grow stronger, Vane doesn’t know how much longer he can last on his own.

But Audra’s still running. From her past. From the Gales. Even from Vane, who she doesn’t believe she deserves. And the farther she flees, the more danger she finds. She possesses the secret power her enemy craves, and protecting it might be more than she can handle—especially when she discovers Raiden’s newest weapon.

With the Gale Force weakened by recent attacks, and the power of four collapsing, Vane and Audra are forced to make a choice: keep trusting the failing winds, or turn to the people who’ve betrayed them before. But even if they survive the storms sent to destroy them, will they have anything left to hold on to?

The breathtaking action and romance hits a climax...

Vane Weston is ready for battle. Against Raiden’s army. Against the slowly corrupting Gale Force. Even against his own peaceful nature as a Westerly. He’ll do whatever it takes, including storming Raiden’s icy fortress with the three people he trusts the least. Anything to bring Audra home safely.

But Audra won’t wait for someone to rescue her. She has Gus—the guardian she was captured with. And she has a strange “guide” left behind by the one prisoner who managed to escape Raiden. The wind is also rising to her side, rallying against their common enemy. When the forces align, Audra makes her play—but Raiden is ready.

Freedom has never held such an impossible price, and both groups know the sacrifices will be great. But Vane and Audra started this fight together. They’ll end it the same way.