Born in Cyprus to a Greek father and an English mother, he holds a degree in English Literature from Cambridge, and an MA in screenwriting from the American Film Institute in Los Angeles.

Alex has also studied psychotherapy and even worked in a secure unit.

Passionate about reading from his playground years when he discovered Agatha Christie, Alex always knew that he wanted to become a novelist.

After irresistibly reading all of Agatha's books, Alex knew from the onset that he aspired to write psychological detective thrillers.

That dream was fulfilled in 2019 when he published The Silent Patient, which had been the subject of intense auctions by publishers from all over the world.

After selling the book in more than forty-nine countries, Alex followed up the success of his debut novel with another New York Times bestseller, The Maidens (2021).

He currently lives in London. 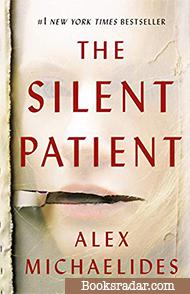 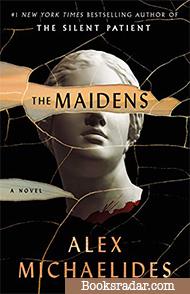 A shocking psychological thriller of a woman’s act of violence against her husband―and of the therapist obsessed with uncovering her motive.

Alicia Berenson’s life is seemingly perfect. A famous painter married to an in-demand fashion photographer, she lives in a grand house with big windows overlooking a park in one of London’s most desirable areas. One evening her husband Gabriel returns home late from a fashion shoot, and Alicia shoots him five times in the face, and then never speaks another word.

Alicia’s refusal to talk, or give any kind of explanation, turns a domestic tragedy into something far grander, a mystery that captures the public imagination and casts Alicia into notoriety. The price of her art skyrockets, and she, the silent patient, is hidden away from the tabloids and spotlight at the Grove, a secure forensic unit in North London.

Theo Faber is a criminal psychotherapist who has waited a long time for the opportunity to work with Alicia. His determination to get her to talk and unravel the mystery of why she shot her husband takes him down a twisting path into his own motivations―a search for the truth that threatens to consume him....

Edward Fosca is a murderer. Of this Mariana is certain. But Fosca is untouchable. A handsome and charismatic Greek tragedy professor at Cambridge University, Fosca is adored by staff and students alike―particularly by the members of a secret society of female students known as The Maidens.

Mariana Andros is a brilliant but troubled group therapist who becomes fixated on The Maidens when one member, a friend of Mariana’s niece Zoe, is found murdered in Cambridge.

Mariana, who was once herself a student at the university, quickly suspects that behind the idyllic beauty of the spires and turrets, and beneath the ancient traditions, lies something sinister. And she becomes convinced that, despite his alibi, Edward Fosca is guilty of the murder. But why would the professor target one of his students? And why does he keep returning to the rites of Persephone, the maiden, and her journey to the underworld?

When another body is found, Mariana’s obsession with proving Fosca’s guilt spirals out of control, threatening to destroy her credibility as well as her closest relationships. But Mariana is determined to stop this killer, even if it costs her everything―including her own life.