Anna Mitchael is an American author of romantic fiction and non-fiction books.

Born in Louisiana, Anna worked as a copywriter in an ad agency after college.

Although she wrote stories purely for advertising purposes, none of it was ever fulfilling. It simply helped pay her bills.

Everything however changed during her late twenties when Anna, who was at the time living in New York City, decided to write what was really going on in her head and heart. Thus a blog was born, something that would forever change her life.

Anna has so far published two novels, Just Don’t Call Me Ma’am (2010), and her most recent book Copygirl (2015), which was praised by Publisher’s Weekly as “wickedly funny and smartly sweet…a very fun read.”

She currently lives and works in Texas, where she is part of the editorial team of Magnolia Journal.

Anna lives with her beloved husband and their three lovely children. 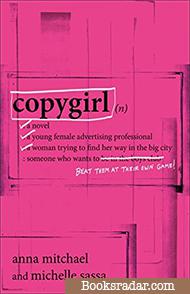 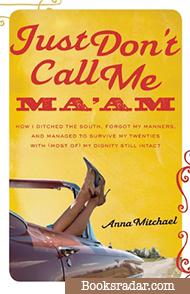 Just Don't Call Me Ma am: How I Ditched the South, Forgot My Manners, and Managed to Survive My Twenties with (Most of) My Dignity Still Intact

One woman attempts to beat the boys club at their own game in this wickedly funny novel that is both a takedown of the advertising industry and an inspiring story about breaking through the glass ceiling.

Twenty-something copywriter Kay Carlson has landed her dream job at the top ad agency in New York City, but it turns out life at the edgiest shop in town is less “Lean in” and more #MeToo. Talent and hard work don’t count as much as winning the approval of her hotshot creative director, Elliott, whose idea of team-building is bullying his boy tribe to tag along to the strip club. Meanwhile, Kay is stuck at the office penning puns for the cat food account none of the cool kids will touch.

When the agency's biggest client threatens to fire them, Kay realizes her job will be first on the chopping block if she doesn't find a way to outshine the old regime. Winning another account will require all her creativity and strength, but can Kay find the confidence to risk it all so she can rewrite the rules from the corner office? Or will she be on the first bus back to Jersey, too washed up to write copy for the phone book?

Just Don't Call Me Ma am: How I Ditched the South, Forgot My Manners, and Managed to Survive My Twenties with (Most of) My Dignity Still Intact

Buy now
Like
Just Don't Call Me Ma am: How I Ditched the South, Forgot My Manners, and Managed to Survive My Twenties with (Most of) My Dignity Still Intact

Anna Mitchael is like a lot of the women you know. In fact, she may even be a lot like you. In her fast-moving world, she might be called on as a friend, coworker, daughter, girlfriend, confidante, brat, cynic, or domestic-goddess-in-training. She's willing to juggle pretty much anything that gets thrown her way, but the one label she simply won't embrace is ma'am.

Like so many bright-eyed college graduates before her, Mitchael begins her twenties armed with the conviction that the world is hers for the taking. And she discovers that it is, mostly—only no one told her just how often she’d have to pick herself up off the floor along the way.

Written for every woman who’s experienced the ups and downs of trying to figure out who you’re really meant to be, Just Don’t Call Me Ma’am is a story of one woman and the choices that add up to be her twentysomething life—and of how sometimes you have to remember where you came from before you can figure out where you’re going.