Owen Mullen is a British author of mystery, thriller and crime fiction novels.

He is best known for writing the PI Charlie Cameron crime fiction series.

An alumnus of Strathclyde University, Owen has held many different jobs over the years, including being a rock musician, session singer and songwriter. He even had a hit record in Japan with a band he would rather stay anonymous.

A natural globetrotter, Owen has experienced many breathtaking adventures, from Amazon and Africa, to the colorful subcontinent of continent India and Nepal.

Originally from Glasgow, it wasn't until Owen and his wife, Christine, moved to the Greek Islands that he discovered his passion for writing. 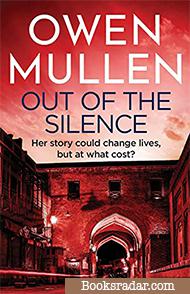 Out of the Silence
Delaney 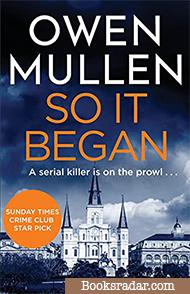 So it Began
Glass Family 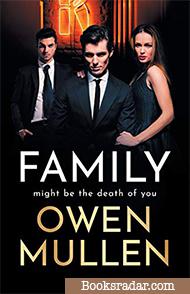 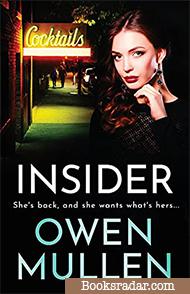 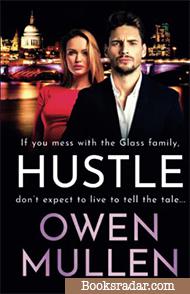 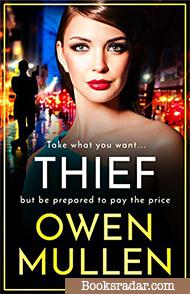 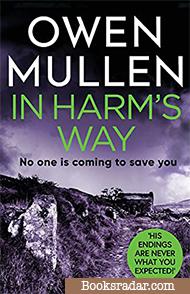 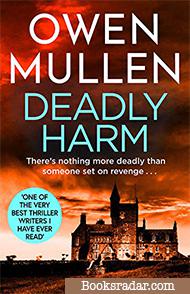 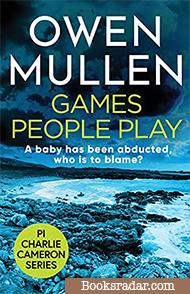 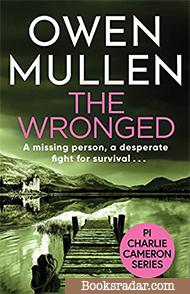 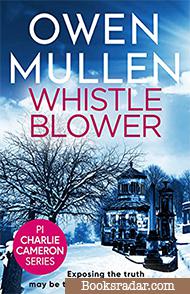 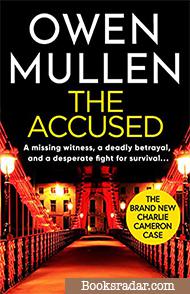 Out of the Silence

When British investigative reporter Ralph Buchanan is sent to Pakistan, he figures his best days are behind him. But he’s about to embark on a story that will change his life forever.

In the Punjab region, Dr Simone Jasnin listens to an abused woman’s harrowing story just before she dies. Afra’s tale of sadistic cruelty is an all too common one in the region, but Dr Jasnin is determined not to let Afra’s story die with her—and she goes to Buchanan for help exposing the injustice.

Seven years later, members of a prominent Pakistani family are being brutally murdered, one by one. The only clues are the hand-carved wooden bangles left at the scene of each crime. As the list of suspects grows and authorities come up short, Buchanan realizes the solution to the deadly riddle might be closer to home than he ever thought possible. It’s a story that could make his name…but at what cost?

PI Vincent Delaney thought he was done with the NOPD until a string of seemingly unrelated child murders brings an unexpected invitation from the FBI, and his old boss.

A serial killer is roaming the South, preying on children appearing in pageants, and the police want him to go undercover using his own family. Accepting would mean lying to people he loves and maybe even putting them in harm’s way.

In Baton Rouge, a violent criminal has escaped and is seeking revenge for the brother Delaney shot dead. But Delaney isn’t going anywhere. He has unfinished business.

Meanwhile, north of the French Quarter, shopkeepers are being extorted and ask for Delaney’s help. Extortion is a matter for the police.

But what do you do when those responsible are the police? Delaney has his work cut out and he’ll be lucky if he makes it out of this alive…

The Glass family business is crime, and they’re good at what they do. Vengeance took Luke Glass behind bars – but now he's free and he's never going back. Luke wants out of the gangster life – all he has to do is convince his family to let him go.

His brother holds the reins of the South London underworld in his brutal hands - nobody tells Danny Glass no and expects to live - not even DCI Oliver Stanford, bent copper and one of the Met's rising stars. The way Danny sees it, his younger brother and sister Nina owe him everything. The price he demands is loyalty, and a war with their arch enemy gives him the leverage he needs to tie Luke to the family once more.

Luke can't see a way out, until Danny commits a crime so terrible it can't be forgiven. Love turns to hate when secrets are unearthed which pit brother against brother. Left with no choice but to choose a side, Nina holds the fate of the family in her hands.

When the family business is crime, you can never be sure who to trust. And when three of their businesses are hit in one night, the notorious Glass family close ranks. Either someone is sending them a message or a war is coming...

With trouble coming from all sides, the heads of the Glass family have more than enough to deal with, but all bets are off when a stranger from the past enters the game, causing division and mistrust.

Crooked cops, rival gangs and old enemies are bad enough, but when the trouble comes from the inside, loyalties are tested, with deadly consequences.

If you mess with the Glass family, don’t expect to live to tell the tale...

What was meant to be a straightforward jewellery heist goes horribly wrong, and the thieves are forced to take a hostage to make their escape. But when they discover their prisoner is the infamous Nina Glass - one of the bosses of the most dangerous criminal dynasty in London - they soon realise they have made a terrible mistake.

Greed wins out over good sense and the gang decide to make the best of a bad situation. They send Luke Glass a ransom note. But messing with London's top crime dynasty is a serious error. Now Luke must track down the gang who abducted his sister before they carry out their brutal threats.

The Glass family have other problems. The crooked cop they have on their payroll - DCI Oliver Stanford - makes an unwelcome discovery. The insider they had all presumed dead, may in fact have survived, and still be feeding information to the police.

Under attack from all sides, and desperate to save his sister, Luke has the reputation and survival of the crime dynasty in his hands – is this the end of the Glass family?

It takes a thief to catch a thief…

Charley Glass arrived in her family’s lives like the hurricane she'd escaped. But she hadn't run far enough: the ruthless Giordano family are on her tail and want two things - her life, and the return of the property she stole from them. No matter how many bodies stack up.

After years of longing, Charley finally has the family she’s always wanted, but now she’s going to have to tell them the real reason she came looking them. There is only one way she’s going to stay alive, and that is to employ the muscle of the notorious Glass Family.

The head of the family, Luke, has become embroiled in a dangerous political plot and isn't sure they're strong enough to take on one of New Orleans' biggest crime gangs. But he'd put his life on the line to protect the empire they've built - even if they’ll have to take on an enemy hurting enough to cross an ocean for revenge.

If no one knows you’re in danger, no one can save you...

The Baxter house in the Lowther Hills, in Scotland, has been up for sale for decades. It’s dilapidated and near-derelict, and nobody is interested in it. But for one potential buyer, the remote location and rat-infested cellar are just what he’s looking for.

For the first year, Mackenzie’s marriage to Derek was ideal. Now though, Derek believes she is having an affair, and when she fears her husband is becoming controlling, she knows she’s made a terrible mistake.

But Mackenzie has a drinking problem, so when she threatens to leave Derek and then disappears, no one believes she has been abducted. It will fall to DS Geddes to untangle the truth…

Five years ago Mackenzie Darroch was abducted and held captive in a derelict house. She thought she'd found her way out of the darkness. She was wrong…

When Mackenzie witnesses a car crash and saves the driver’s life, it sets in motion a chain of events that will alter both their futures. The two women get involved in a high-profile police case which draws the attention of a ruthless reporter. Gina Calvi is convinced Mackenzie is not who she appears and is prepared to do anything to prove it.

Meanwhile, across the city, Kirsty McBride, a young single mother, is persuaded to leave a violent relationship. Her partner, Malkie Boyle a Glasgow hardman, is due to be released from prison. Once back on the street and bent on revenge, Boyle is determined to find the people responsible for stealing his family from him.

Can Mackenzie save them or will Boyle get his revenge?

When a baby is stolen from a Scottish beach, private investigator Charlie Cameron reluctantly agrees to take the case.

While her parents are just yards away, thirteen-month-old Lily Hamilton is abducted from Ayr beach in Scotland. Three days later, her distraught father turns up at private investigator Charlie Cameron's office. Mark Hamilton believes he knows who has taken his daughter. And why.

Against his better judgment, Charlie takes the case—and when bodies are discovered, he suspects this may not be an isolated crime. Is there a serial killer whose work has gone undetected for decades? Is baby Lily his latest victim? Charlie won’t be able to give up on this case. Memories and guilt from his childhood won’t let him…

Private Investigator Charlie Cameron is searching for a man who disappeared after his son’s suicide. When an unidentified body turns up at the morgue, Cameron is sure it’s another case closed.

But the body laid out on the slab isn’t the man he’s looking for. And it isn’t a stranger. Suddenly, a routine investigation becomes a desperate fight for survival.

As Charlie is dragged deeper into Glasgow’s criminal underbelly, he gets dangerously close to a notorious gangster named Jimmy Rafferty. Now Rafferty wants Cameron to hunt for something that may be impossible to find. And disappointing Jimmy Rafferty is not an option...

NB: This book is also known as Old Friends And New Enemies.

When a medical whistleblower goes missing, private investigator Charlie Cameron agrees to take on the case.

Gavin Law exposed a tragic case of medical malpractice but now he’s missing. It’s just another case for Glasgow PI, Charlie Cameron, until he comes to believe Law was murdered.

Did the disgraced surgeon abandon his sacred oath to become a killer? Or did the hospital itself have Law permanently silenced? As Charlie digs deeper, he discovers just how bad the world of medicine could be for his health.

Across the city, gangster Sean Rafferty is preparing to exploit the corrupt city council through a multi-million-pound leisure development known as Riverside. The project will be good for Glasgow. But not everybody is keen to work with Rafferty. With more than money at stake, Sean will do anything to get his way. So, when Charlie’s investigation gets tangled up with Sean’s business, someone’s going to need a doctor…or an undertaker.

NB: This book is also known as Before The Devil Knows You're Dead.

When Private Investigator Charlie Cameron agrees to take on a cold case, he is drawn back into Glasgow’s dark underworld…

Glasgow PI Charlie Cameron knows Kim Rafferty is bad news the moment they meet. Desperate people always spell trouble in his experience, and Mrs Rafferty is as desperate as they come. What she is asking for is insane and if he agrees to help the wife of the notorious East-End gangster, the consequences for them both could be fatal.

Twenty-four hours later, another betrayed woman with a hopeless case is pleading for Charlie's help. The PI is her only chance to keep an innocent man from serving a prison sentence for murders he didn't commit.

Dennis Boyd is on the run, and as Charlie fights against the clock to keep him out of jail, he crosses a line that puts him on the wrong side of the law and pits him against his old friend and ally, DS Andrew Geddes.

As the body count grows, and the defence for his client falls apart bit by bit, Charlie refuses to accept the inevitable. But everyone has their limits – even the infamous Charlie Cameron. Will he be forced to admit that this case may be the one to beat him…