M.D. Neu is an international award-winning author of fantasy and gay fiction novels.

Raised with technology all around him, M.D. Neu was drawn to sci-fi and the paranormal thanks to works by the likes of Gene Roddenberry, George Lucas, Stephen King, Alice Walker and Kim Stanley Robinson who greatly inspired his writing.

Through raised in an accepting family as a gay man, M.D. Neu chose to write about stories that capture the diverse world as it is, contrary to majority of tales which only reflect on a heterosexual society.

He works for a nonprofit and loves traveling with Eric, his husband of over two decades. 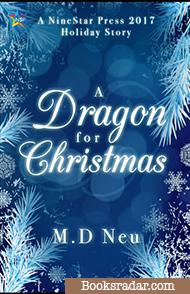 A Dragon for Christmas TAD: The Angel of Death
A New World Books 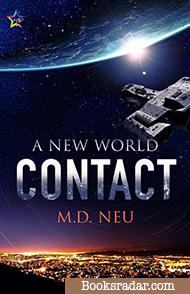 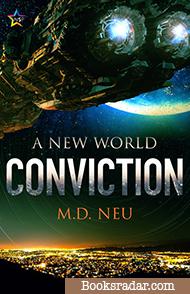 Every year on the anniversary of the disaster, Teddy moves back to his home for ‘The Reunion’. Lakeview, much like Teddy, has secrets and mysteries that should never be uncovered.

A Dragon for Christmas

Buy now
1
A Dragon for Christmas

Eleven-year-old Carmen wants to get her dragon.

From the time she was seven years old, Carmen knew that she was not only going to be the strongest Dragon Keeper ever, but that she was also going to marry her best friend, Mattie.

With Christmas around the corner, the mystical charms that Carmen has to use to fight off her curse are having a devastating effect on her health.

That however won’t stop her from her final Dragon Keeper test.

Passing the test would result in getting her dragon while failure would mean starting all over again.

Although the testing is challenging and the charms are taking a toll on her health, failure simply isn’t an option.

Will Carmen get her dragon this time round?

Will she end up marrying Mattie when she grows up?

Although Duncan Alexander never wanted to be a nobody, it isn’t the worst thing for him.

He has an uninspiring job, a couple of decent friends, and is generally satisfied.

All that however changes when he journeys to San Jose, California where he is “Called” to meet a rich, stunning and powerful Immortal named Juliet de Exter who is undertaking The Calling.

As it turns out, Duncan isn’t just a nobody. He is the only child of long-deceased parents.

And his calling is far deadlier than what any of the Immortals could have thought.

Will Duncan manage to navigate a forbidden romance and help maintain the balance between the Light and Dark?

TAD: The Angel of Death

Tad moves around time, watching as mankind grows and changes.

Although he loves humanity and is always willing to offer a helping hand, he isn’t the most befitting when it comes to offering help to others, as he is an Angel of Death.

Underneath the sparkling exterior however lies a dark history and self-destructive tendencies.

Stripped of his wings after going too far with his duties, Tad finds himself as a human in New York City.

Lonely and disoriented, he crosses paths with Doug, with the two starting a great friendship.

Things however aren't that simply when it comes to dealing with a former Angel of Death and a Drag Queen.

Seven billion people call a tiny blue world, which is the third planet from the sun, home.

These people, who have all manner of passionate customs and beliefs, will soon discover that they are not alone in the universe.

Todd Landon is an American man surrounded by family, friends, and work.

On the verge of the greatest announcement mankind has ever witnessed, Todd's life suddenly turns upside down when his alienated brother unexpectedly shows up, only to inform him that ships ferrying a humanoid race called Nentraee are heading for Earth’s orbit.

Will this mark the beginning of a new age of man? Or will prejudice and miscommunication finally reach explosive levels?

Seven billion people call a tiny blue world, which is the third planet from the sun, home.

These people, who have all manner of passionate customs and beliefs, will soon discover that they are not alone in the universe.

Todd Landon is an American man surrounded by family, friends, and work.

Appointed to Special Envoy for Terran Affairs by the Nentraee following the San Jose attack, Todd is determined to build bridges between the two civilizations.

Will humans and Nentraee however learn to co-exist peacefully despite the mistrust and attack threats by a new global terrorist group? Or will the terrorists have their way?