Born in Münster/Westphalia and raised in Taunus, Nele Neuhaus has been passionate about books from a very early age.

Upon finishing high school, she studied law, German language and literature and history before proceeding to work in an advertising agency.

The creator of the Pia Kirchhoff and Oliver von Bodenstein crime fiction novels, Nele Neuhaus is one of the most beloved authors in Germany with a huge fan base that never gets enough of her work.

Writing in her native German, her books have been adapted into German films, although none has been translated to English.

Her books have however been published in more than 20 countries, reaching millions of readers across the world. 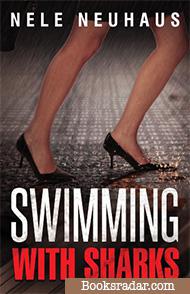 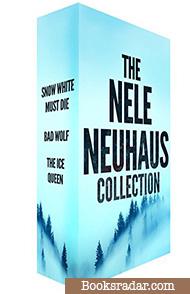 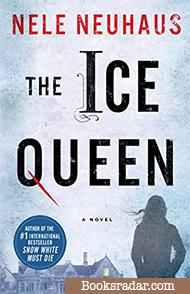 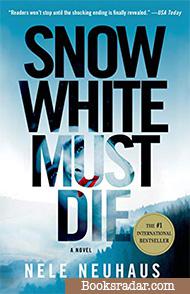 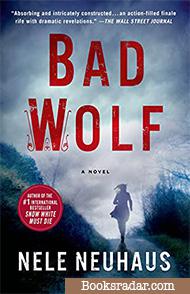 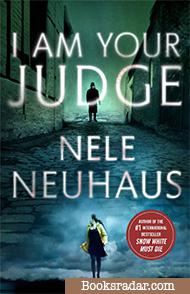 I Am Your Judge

Ambitious, brilliant, and beautiful, Alex Sondheim is the undisputed star of Wall Street―and she knows it. So it comes as no surprise when Levy Manhattan Investments taps her to take their prestigious firm to the next level. She can name her price, but can she live up to their expectations?

Because behind the glittering facade of luxury offices, five-star dinners, and million-dollar investments hides the firm’s true power player: a deadly criminal cartel. Caught up in a steamy relationship with handsome real-estate mogul Sergio Vitali, Alex is blind to the danger―until an assassination attempt against the city’s crusading mayor claims the lives of three innocent people. To protect the city’s people and save herself, she’ll have to put everything on the line: her job, her reputation…and her life.

Her Pia Kirchhoff and Oliver von Bodenstein detective saga will keep readers on the edge of their seats, an emotional roller coaster ride that is as shocking as it is satisfying. Here for the first time, readers can enjoy her first three novels together in one electrifying e-bundle.

When Pia and Oliver are assigned to investigate a suspicious traffic death in a small town, details from a murder twenty years earlier start resurfacing, and the townspeople believe that a long forgotten killer is back on the loose...and out for blood.

Pia and Oliver struggle to identify a young murder victim that has washed up on a river bank when a well-known TV reporter is brutally attacked. Something isn't right in Frankfurt's highest echelons of society, and the two detectives have to dig deep to uncover shocking secrets.

The savage execution-style murder of a 92-year-old Holocaust survivor brings Pia and Oliver back to Frankfurt where eerily similar deaths keep occurring. The elderly victims seem to have one contact in common, a rich society matriarch who could be the key to catching a killer hiding secrets from the end of WWII.

The body of 92-year-old Jossi Goldberg, Holocaust survivor and American citizen, is found shot to death execution style in his house near Frankfurt. A five-digit number is scrawled in blood at the murder scene. The autopsy reveals an old and unsuccessfully covered tattoo on the corpse's arm―a blood type marker once used by Hitler's SS.

Pia Kirchhoff and Oliver Bodenstein are faced with a riddle. Was the old man not Jewish after all? Who was he, really? Two more, similar murders happen―one of a wheelchair-bound old lady in a nursing home, and one of a man with a cellar filled with Nazi paraphernalia―and slowly the connections between the victims becomes evident: All of them were lifelong friends with Vera von Kaltensee, baroness, well-respected philanthropist, and head of an old, rich family that she rules with an iron fist.

Pia and Oliver follow the trail, which leads them all the way back to the end of World War II and the area of Poland that then belonged to East Prussia. No one is who they claim to be, and things only begin to make sense when the two investigators realize what the bloody number stands for, and uncover an old diary and an eyewitness who is finally willing to come forward.

On a rainy November day police detectives Pia Kirchhoff and Oliver von Bodenstein are summoned to a mysterious traffic accident: A woman has fallen from a pedestrian bridge onto a car driving underneath. According to a witness, the woman may have been pushed. The investigation leads Pia and Oliver to a small village, and the home of the victim, Rita Cramer.

On a September evening eleven years earlier, two seventeen-year-old girls vanished from the village without a trace. In a trial based only on circumstantial evidence, twenty-year-old Tobias Sartorius, Rita Cramer's son, was sentenced to ten years in prison. Bodenstein and Kirchhoff discover that Tobias, after serving his sentence, has now returned to his home town. Did the attack on his mother have something to do with his return?

In the village, Pia and Oliver encounter a wall of silence. When another young girl disappears, the events of the past seem to be repeating themselves in a disastrous manner. The investigation turns into a race against time, because for the villagers it is soon clear who the perpetrator is―and this time they are determined to take matters into their own hands.

On a hot June day, the body of a sixteen-year-old girl washes up on a riverbank outside of Frankfurt. She has been brutally murdered and shows signs of long-term abuse, but no one comes forward with any information as to her identity.

Even weeks later, the local police have not been able to find out who she is. Then a new case comes in: A popular television host is attacked, raped, and locked in the trunk of her own car. She survives, barely, and is able to supply only vague hints to the police, having to do with her recent investigations into an organization whose members are from the highest echelons of society, and the potential uncovering of a shocking history they'd prefer to keep from the public eye.

As the two cases collide, Inspectors Pia Kirchhoff and Oliver von Bodenstein dig deep into the past and underneath the veneer of bourgeois society to come up against a terrible secret that is about to impact their personal lives as well. It is almost too late for a person very close to Pia before she and Oliver finally track down the big bad wolf...In Nele Neuhaus's second U.S. publication of her enormously popular series, tensions run high both inside and outside police headquarters, and a complex and unpredictable plot propels her characters forward at breakneck speed.

NB: This book is also known as Big Bad Wolf.

Police Detective Pia Kirchhoff is about to leave on her long-delayed honeymoon when she receives a phone call. An elderly woman has been shot and killed while walking her dog.

A short while later another murder is committed and the modus operandi is eerily similar―a woman is killed by a bullet that smashes through her kitchen window...and in both cases the same weapon fired the shot. Two more murders follow in short order. None of the victims had enemies and no one knows why they were singled out.

As fear of the Taunus Sniper grows among the local residents in the German mountains, the pressure rises on Detective Kirchhoff. She and her partner, Oliver von Bodenstein, search for a suspect who appears to murder at will, but as the investigation progresses, the police officers uncover a human tragedy.

NB: This book is also known as To Catch a Killer.