Alex North is a British author of mystery, suspense and crime fiction novels.

He is best known for writing the Sunday Times and New York Times bestseller, The Whisper Man (2019).

The book, which is available in more than 30 languages, was inspired by North's son, who at one time mentioned that he was playing with "the boy in the floor."

Born in Leeds, England, North studied Philosophy at Leeds University and worked in the institution’s sociology department prior to becoming a writer.

He currently lives in his hometown of Leeds with his wife and son. 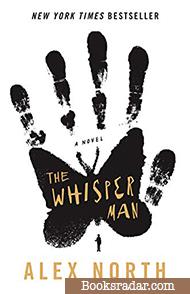 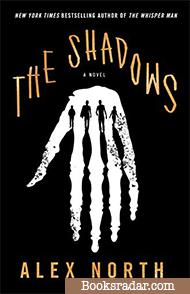 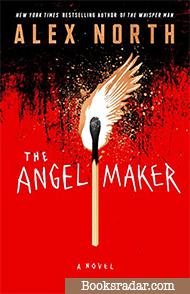 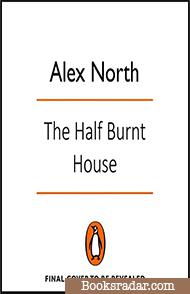 The Half Burnt House

A father and son are caught in the crosshairs of an investigation to catch a serial killer preying on a small town.

After the sudden death of his wife, Tom Kennedy believes a fresh start will help him and his young son Jake heal. A new beginning, a new house, a new town. Featherbank.

But the town has a dark past. Twenty years ago, a serial killer abducted and murdered five residents. Until Frank Carter was finally caught, he was nicknamed "The Whisper Man," for he would lure his victims out by whispering at their windows at night.

Just as Tom and Jake settle into their new home, a young boy vanishes. His disappearance bears an unnerving resemblance to Frank Carter's crimes, reigniting old rumors that he preyed with an accomplice. Now, detectives Amanda Beck and Pete Willis must find the boy before it is too late, even if that means Pete has to revisit his great foe in prison: The Whisper Man.

And then Jake begins acting strangely. He hears a whispering at his window...

You knew a teenager like Charlie Crabtree. A dark imagination, a sinister smile--always on the outside of the group. Some part of you suspected he might be capable of doing something awful. Twenty-five years ago, Crabtree did just that, committing a murder so shocking that it’s attracted that strange kind of infamy that only exists on the darkest corners of the internet--and inspired more than one copycat.

Paul Adams remembers the case all too well: Crabtree--and his victim--were Paul’s friends. Paul has slowly put his life back together. But now his mother, old and suffering from dementia, has taken a turn for the worse. Though every inch of him resists, it is time to come home.

It's not long before things start to go wrong. Paul learns that Detective Amanda Beck is investigating another copycat that has struck in the nearby town of Featherbank. His mother is distressed, insistent that there's something in the house. And someone is following him. Which reminds him of the most unsettling thing about that awful day twenty-five years ago.

It wasn't just the murder.

It was the fact that afterward, Charlie Crabtree was never seen again...

NB: This book is also known as The Shadow Friend.

Growing up in a beautiful house in the English countryside, Katie Shaw lived a charmed life. At the cusp of graduation, she had big dreams, a devoted boyfriend, and a little brother she protected fiercely. Until the day a violent stranger changed the fate of her family forever.

Years later, still unable to live down the guilt surrounding what happened to her brother, Chris, and now with a child of her own to protect, Katie struggles to separate the real threats from the imagined. Then she gets the phone call: Chris has gone missing and needs his big sister once more.

Meanwhile, Detective Laurence Page is facing a particularly gruesome crime. A distinguished professor of fate and free will has been brutally murdered just hours after firing his staff. All the leads point back to two old cases: the gruesome attack on teenager Christopher Shaw, and the despicable crimes of a notorious serial killer who, legend had it, could see the future.

Katie always looked after her beloved younger brother Chris - until she left him alone for one selfish afternoon, and their picture-perfect family fell apart. Although Chris survived the attack, the scars ran deeper than the ones left across his face. Now they're adults, and they haven't spoken in years. Then she gets a call, from Detective Laurence Page.

Page is facing an unusually disturbing crime scene. Alan Hobbes, a distinguished and wealthy philosophy professor, has been brutally murdered. Hobbes was living in a sprawling mansion - but one that remains half-ruined by a decades-old fire, wind and rain howling through the gaping, creaking roof.

Page only has one suspect: Chris, caught on CCTV at the house. But he has plenty of questions. What could cause a man as wealthy as Hobbes not to repair his home? Why did he seem to know his death was coming, yet do nothing to stop it? And why was he obsessed with a legendary local serial killer?

But Katie only has one thing on her mind. She knows this is her last, best chance to finally save her brother, and make up for her negligence all those years ago.

But she can't possibly imagine just how much danger he's in...