He is best known for writing Lost Journals of Sundown (2022), which was awarded the Cornerstones Literary Consultancy Prize.

The holder of a Bachelor of Arts degree from University of Pittsburgh, an MFA in Creative Writing from Eastern Washington University, and a Master’s in Clinical Mental Health at George Mason University, Ben has held different jobs over the years.

He has worked in the Editorial and Communications Departments at The Pew Charitable Trusts Foundation, and taught in several institutions like Columbus College of Art and Design, Clark College, and Trinity Washington University.

Ben, who currently lives in Arlington, Virginia with his wife Michelle, has previously lived and taught in South Korea and Italy.

He also lived in El Salvador after joining the Peace Corp in 2001. 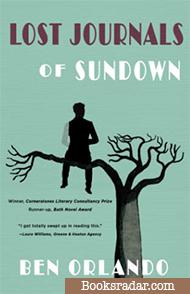 Daniel Reed has written the ending to many lives. Tonight, he’s decided to end his own—until a stranger calls and lures him into a world where he doesn’t belong.

As the stranger begs for the help of a detective named Stillman, Reed sees a chance to redeem himself for the fatal mistakes of his past. He can save this man, but only as Stillman.

One false identity later, Reed finds himself in a nightmare of cult-like communities, hidden betrayals, and sociopathic human experiments. And the man who started it all has his sights set on the people of New York City.

Struggling to save those he swore to protect from a brilliant monster, Reed learns that his involvement in the case may not be an accident at all.