Alan Parks is a British author of mystery and thriller novels, as well as a non-fiction title.

He is best known for writing the Harry McCoy Thrillers.

Born in Scotland, he holds an M.A. in Moral Philosophy from the University of Glasgow.

Alan has a wealth of experience in the music industry, where he worked for more than two decades.

From cover artwork and videos to photo sessions, Alan came up with innovative campaigns for several artists including the likes of New Order, The Streets, All Saints, and Enya. He also worked as the Managing Director of 679 Recordings.

Alan made his debut as a novelist in 2017 with Bloody January, which started as a book about social housing in post-war Glasgow.

He currently lives and works in Glasgow, where he also writes for TV and film, although he admits none of them ever get made. 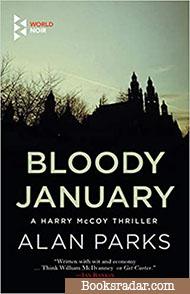 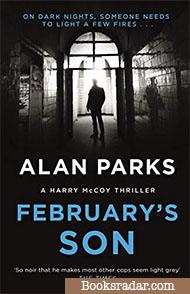 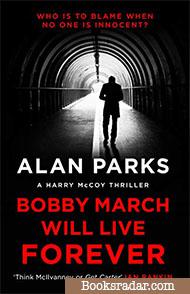 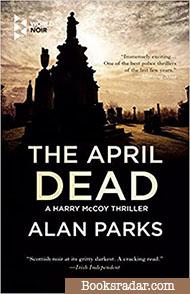 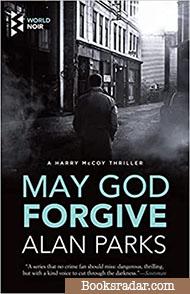 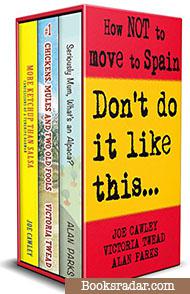 Don't do it like this: How NOT to move to Spain

A Glasgow detective goes up against a wealthy family whose corruption runs deep in this gritty noir series debut set in 1970s Scotland.

Glasgow, 1973. As poverty and crime drag the city deeper into a heroin epidemic, fighting in the streets has become depressingly mundane. But when an eighteen-year-old boy shoots a young woman dead in broad daylight and then commits suicide, Det. Harry McCoy knows it can’t be a simple act of random violence. With a newbie partner in tow, McCoy hunts down leads through the underworld, all of which lead to a secret society run by Glasgow’s wealthiest family, the Dunlops.

Among their inner circle, every nefarious predilection is catered to at the expense of society’s most vulnerable―including McCoy’s best friend from reformatory school, drug-tsar Stevie Cooper, and his on-off girlfriend, a prostitute named Janey. But with McCoy’s boss calling off the hounds, and his boss’ boss unleashing their own, the Dunlops seem to be untouchable. McCoy has other ideas.

A man hangs himself in a neighborhood chapel. Bodies of young girls are being found in canals and rivers across the city with high levels of Mandrax in their bloodstream.

McCoy is asked to watch over a colleague’s niece, who has left home young and is running with a bad crowd in Glasgow. DS Wattie is attempting to become a sergeant. Drugs in Glasgow have got darker and more dangerous.

Glasgow, its music and its inhabitants all have rough edges in this hard city fought over by gangs, organized crime, the forces of law and order, and ordinary people trying to get by.

July 1973. The Glasgow drug trade is booming and Bobby March, homegrown rock hero, has overdosed in a downtown hotel. Alice Kelly, meanwhile, is thirteen years old, alone, and missing. Harry McCoy is quietly asked to find his boss’s niece, who’s fallen in with a dodgy crowd and hasn’t been seen for days.

McCoy has a hunch that there’s a connection between all three events, but the clock is running, the papers are out for blood, and the department wants results.

When an American sailor from the Holy Loch Base goes missing, Harry McCoy is determined to find him. But as he investigates, a wave of bombings hits Glasgow. Soon McCoy realises that the sailor may be part of a shadowy organization led by a dangerous fanatic and committed to a very different kind of Scotland. A Scotland its members are prepared to kill for.

Meanwhile Cooper, McCoy’s long-time criminal friend, is released from jail and is convinced he has a traitor in his midst. As allies become enemies, Cooper has to fight to maintain his position as crime kingpin. He needs something done, something illegal, and his old friend McCoy is the only one who can do it.

As word begins to circulate on the streets that another, bigger explosion is being planned for Glasgow, McCoy battles corruption in his ranks in an attempt to save the city for which he is the perfect noir hero.

Glasgow is a city in mourning. An arson attack on a hairdresser’s has left five dead. Tempers are frayed and sentiments running high.

When three youths are charged the city goes wild. A crowd gathers outside the courthouse but as the police drive the young men to prison, the van is rammed by a truck, and the men are grabbed and bundled into a car. The next day, the body of one of them is dumped in the city centre. A note has been sent to the newspaper: one down, two to go.

Detective Harry McCoy has twenty-four hours to find the kidnapped boys before they all turn up dead, and it is going to mean taking down some of Glasgow’s most powerful people to do it.

Don't do it like this: How NOT to move to Spain

Award-winning author Joe Cawley suffered calamity after calamity when he took on a bar/restaurant in Tenerife.

Alan Parks decided that buying an off-grid olive mill and raising alpacas was a perfectly logical thing to do.

Did the authors’ businesses, relationships and sanity remain intact? Or did they give up and head for home?

If you like true life stories about chasing your dreams (however zany), or have ever thought about moving overseas, this funny travel memoirs boxset is just for you!