The author of the Dr. Lucas Page Series, as well as a few standalone novels, his books have been published in more than 25 countries, selling multiple copies and becoming bestsellers around the world.

Pobi lives a very private life, so much so that he isn't on any social media platform. He neither has a telephone nor a television, and has to drive eight miles to a small town hall with free wifi if he needs to check his email.

Pobi lives in the country and spends most of the summers and falls at his cabin in the mountains.

He enjoys the works of several authors, including Jimmy Breslin, Peter Benchley, Emily Brontë, Michael Crichton, and Stephen Davis, and writes at a desk that was once owned by Roberto ‘God’s Banker’ Calvi. 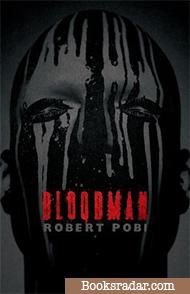 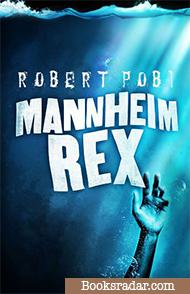 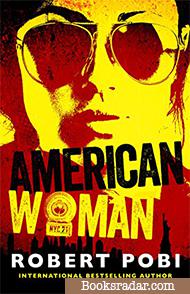 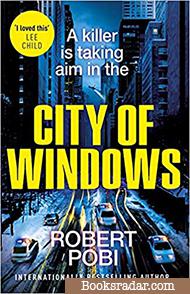 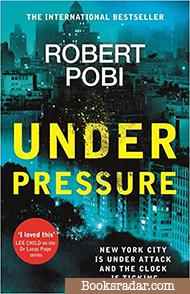 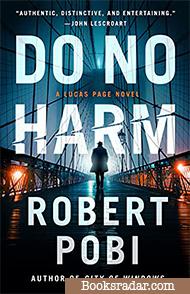 FBI contractor Jake Cole deciphers the language of murderers by reconstructing three-dimensional crime scene models in his head, a talent that has left his nerves frayed and his psyche fragile. Jake returns to Montauk, New York, for the first time in a quarter of a century when his father, a renowned painter, lights himself ablaze and crashes through a plate-glass window. Once home, Jake is pulled into a gruesome local homicide investigation that echoes his mother’s murder three decades earlier.

As he sifts through the detritus of his father’s madness, Jake discovers thousands of seemingly meaningless paintings stacked in the studio―a bizarre trail of dust-covered breadcrumbs the painter left as he tumbled down the rabbit hole of dementia. Breadcrumbs that Jake believes lead to the killer.

With the help of Sheriff Dan Hauser―a man scrambling to prepare the seaside community for the arrival of a catastrophic hurricane―Jake Cole sets out to find the seemingly unstoppable force of malevolence known as the Bloodman.

NB: This book is also known as Eye of the Storm.

After the sudden death of his wife, famous horror writer Gavin Corlie retreats from New York City to a secluded house on Lake Caldasac.

But his new life in the country is far from idyllic; when a thirteen-year-old wheelchair-bound boy named Finn Horn nearly drowns in the lake, Gavin discovers a startling secret: people in this peaceful lakeside community keep vanishing. Is the corrupt, Benzedrine-fueled town sheriff to blame? Or is Finn’s account of a lake-dwelling monster more than a near-death hallucination?

Racing against time and Mother Nature, Gavin and Finn embark on a quest to catch a nightmare that seems to have evolved with a single frightful purpose: to feed on human prey.

A stifling heat wave rolls into New York City, amplifying the already critical level of tension in the fragile concrete ecosystem. The air tastes of electricity―the negative charge of bad things to come―but everyone hopes it’s just the temperature. Then, on the morning homicide detective Alexandra “Hemi” Hemingway finds out she is pregnant, a twisted serial killer makes his debut. And the heat goes up.

NB: This book is also known as Harvest (Canada), and River of the Dead (UK).

The shot is impossible.

During the worst blizzard in memory, an FBI agent in a moving SUV in New York City is killed by a nearly impossible sniper shot. Unable to pinpoint where the shot came from, as the storm rapidly wipes out evidence, the agent-in-charge Brett Kehoe turns to the one man who might be able to help them—former FBI agent Lucas Page.

Page, a university professor and bestselling author, left the FBI years ago after a tragic event robbed him of a leg, an arm, an eye, and the willingness to continue. But he has an amazing ability to read a crime scene, figure out angles and trajectories in his head, and he might be the only one to be able to find the sniper’s nest. With a new wife and family, Lucas Page has no interest in helping the FBI—except for the fact that the victim was his former partner.

Agreeing to help for his partner’s sake, Page finds himself hunting a killer with an unknown agenda and amazing sniper skills in the worst of conditions. And his partner’s murder is only the first in a series of meticulously planned murders carried out with all-but-impossible sniper shots. The only thing connecting the deaths is that the victims are all with law enforcement—that is until Page’s own family becomes a target.

To identify and hunt down this ruthless, seemingly unstoppable killer, Page must discover what hidden past connects the victims before he himself loses all that is dear to him.

A series of deadly explosions rock the city of New York and with too many victims and no known motive, the F.B.I. turns once again to Dr. Lucas Page in Robert Pobi's Under Pressure.

On a beautiful October evening, New York City's iconic Guggenheim Museum is closed for a tech company's private gala. Until an explosion rocks the night, instantly killing 702 people, including every single attendee—yet the damage to the building itself was minimal.

An explosion of that precision was no accident and, in response, the FBI mobilizes its entire team -- but the sheer number of victims strains their resources. Were all 702 victims in the wrong place at the wrong time, or was there only one target and 701 unlucky bystanders? That many victim files is a staggering amount of data to sort through and Brett Kehoe, Special Agent in Charge of Manhattan, decides that he can't do this without more computational power.

Dr. Lucas Page, astrophysicist, university professor, and former FBI agent, is uniquely gifted for the task at hand—he can visualize a crime scene as if he was a bystander and can break down any set of data at a glance. Even though Page wants nothing to do with the FBI, with his city under attack and his family at risk, he steps in to find a killer in a haystack before they strike again.

A series of suicides and accidental deaths in the medical community are actually well-disguised murders and only Lucas Page can see the pattern and discern the truth that no one else believes.

Lucas Page is a polymath, astrophysicist, professor, husband, father of five adopted children, bestselling author, and ex-FBI agent—emphasis on "ex." Severely wounded after being caught in an explosion, Page left the FBI behind and put his focus on the rebuilding the rest of his life. But Page is uniquely gifted in being able to recognize patterns that elude others, a skill that brings the F.B.I. knocking at his door again and again.

Lucas Page's wife Erin loses a friend, a gifted plastic surgeon, to suicide and Lucas begins to realize how many people Erin knew that have died in the past year, in freak accidents and now suicide. Intrigued despite himself, Page begins digging through obituaries and realizes that there's a pattern—a bad one.

These deaths don't make sense unless the doctors are being murdered, the target of a particularly clever killer. This time, the FBI wants as little to do with Lucas as he does with them so he's left with only one option—ignore it and go back to his normal life. But then, the pattern reveals that the next victim is likely to be...Erin herself.