Originally from British Guiana, Ken Puddicombe is a writer currently based in Canada.

Prior to becoming a writer, Ken pursued a career in accounting where he provided controllership for several companies in the private sector.

His first novel Racing With The Rain, was published in 2012; Junta, his second, in 2014 whereas Down Independence Boulevard And Other Stories was released in 2017.

He is currently working on a historic fiction novel based on international locations, with the primary focus in Canada, Guyana and the Caribbean.

Ken, whose short stories have been featured on The Fiddlehead, Wasafiri and The Toronto Review of Contemporary Writing, is a member of several writing groups such as Brampton Writers Guild, Peel Writers and Pakaraima Writers. 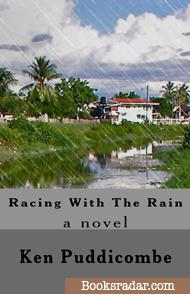 Racing With The Rain 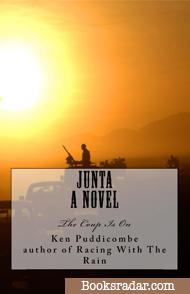 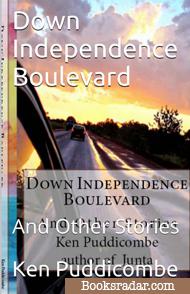 Down Independence Boulevard And Other Stories

Racing With The Rain

Buy now
1
Racing With The Rain

Can one person make a difference when powerful elements step up against democracy? Can someone avoid the shame that accompanies his own heritage?

Marcus Jacobson, an expatriate professor, is looking to make a difference on newly independent Saint Anglia, but he has his own dark secrets.

As a descendant of the Planter Class that once owned slaves on the island, Marcus ponders over whether to be a mere bystander or get involved in the politics of the island.

When General Marks stages a military coup and Hurricane David heads for the island, five people— Melanie, Father Bert, Clarence Baptiste and The Reverend Kentish—will determine his attitude to the Junta.

Junta is a book about a bloodless military coup seamlessly executed under the leadership of General Septimus Ignatius Marks. Having forcefully grabbed the mantle of leadership from a legitimately elected government, they will—with the help of a ruthless criminal dubbed "The Reverend"—do whatever it takes to cling onto power.

But with a small group of people fervently advocating for the return to civilian rule, and Hurricane David heading for the island, the suspense as to what happens next is almost palpable.

Down Independence Boulevard And Other Stories

Buy now
1
Down Independence Boulevard And Other Stories

A widower, with four sons to take care of, grieves over the loss of his life’s work in “Black Friday”.

Lata has a gut feeling that something is wrong when the farm animals sound the alarm in “Sounds in the Night”. When her fears are confirmed by her neighbor, Lata hesitates to make a run for it. How could she, a wife and mother of four, leave everything they have worked so hard for?

A decade later, three of Lata’s children return to Guyana for their father’s funeral in a heart wrenching story called “The Family Picture”.

Down Independence Boulevard is a collection of sixteen short stories by Ken Puddicombe that will strike the emotional chord, bringing both happiness and tears; sadness and joy.