Her work has attracted a huge following of committed readers across the globe, with her books readily available on e-readers and in fifteen foreign countries.

She currently resides in Australia with her husband, two teenage sons, four cats, and Howard the kangaroo who may or may not be fictitious.

Whenever she isn’t coming up with her next sexy romance, Leisa can be found savoring on cheese, or guacamole—or both. 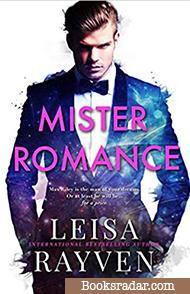 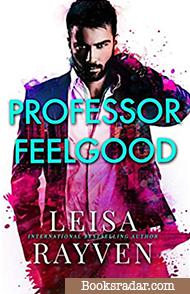 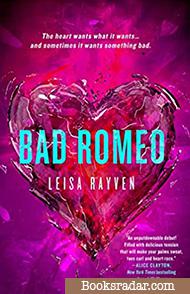 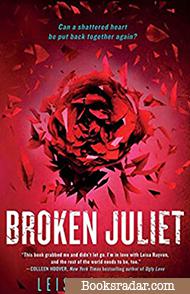 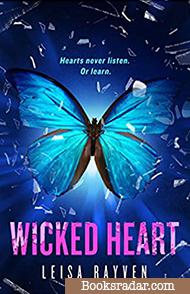 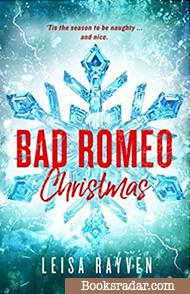 Mister Romance is Max Riley’s alter-ego, the sexy escorts who brings to life the deepest of fantasies.

Although he never has sex with his clients, his charming persona on alluring dates is driving New York socialites crazy.

From a controlling billion to a sexy nerd, Mister Romance can bring any fantasies to reality.

He has for the longest time concealed his real identity, until Eden Tate crashes into his world.

An investigative journalist by profession, Eden won’t rest until she exposes the mysterious figure taking advantage of lonely women.

When the two however make a deal involving going on three dates, Eden is certain that she won’t fall for his acting.

But what happens when the love bug bites one of them?

Asha Tate is a hopeless romantic, despite having little luck with love.

An aspiring book editor, she has never had any feral sexual urges, until the day she comes across an Instagram feed a sexy guy named Professor Feelgood.

On top of falling for his poetry, his sinfully sexy body brings out her darkest fantasies.

In need of a bestselling book to rescue her company, Asha is convinced that the professor could hold the key to her success.

But just when she fully commits, Asha learns that although the professor is sexy and hugely gifted, he is utterly intolerable.

Will she still submit to the wild desires that make her want to tear his clothes apart?

Cassie Taylor was always the good girl at the most reputable art academy in the United States, while Ethan Holt was the bad boy.

When a casting for Romeo and Juliet however brought them together, their lives would forever be entwined.

Much like their onstage characters, Ethan and Cassie fell in love, until the day he broke her heart.

Now both in Broadway, the two cross paths once again thanks to a romantic acting assignment.

Ethan has never forgiven himself for letting Cassie go, while she on the other hand is too heartbroken to ever trust her first love again.

But as she will soon learn, that which is bad for you is the most enticing.

“There are first encounters and then there are second chances. But what about third chances?”

Ethan Holt has not given up on his quest to win over Cassie Taylor‘s heart, despite shattering it twice.

Now back to give it another shot, will Cassie give him another chance despite the pain that she has endured because of him?

Ethan has always been her first and only true love. Some part of her however vanished after he hurt her.

Although he means the world to her, as she still loves him, will Cassie be foolish enough to give Ethan a third chance?

Real love truly has its fair share of challenges.

The handsome and gifted Liam Quinn is one of the leading movie stars on the planet. He is also Elissa Holt’s one true love.

The only problem is that Liam is engaged to a stunning woman, and the two will be starring in the Broadway show that Elissa is working on.

But as Elissa and Liam start rehearsing for the show till late in the night, the passions that have been hidden for six years are reignited.

And with one temptation, an international scandal is born.

Giving her heart to Liam once again would be a disaster. But that still won’t stop her, for the heart is wicked.

HAVE YOURSELF A SEXY LITTLE CHRISTMAS
Ethan and Cassie hope to have a memorable first Christmas together.
But as Cassie struggles to impress the Holt family, someone from Ethan’s past resurfaces, making things sexier and more intriguing.

THE NAUGHTY LIST
Liam and Elissa head to a private island to spend Christmas together after being away from each other for months.
When their getaway however doesn’t turn out to be what they expected, Christmas quickly becomes a nightmare.