RW Richard is an American artist and writer.

Raised in Cherry Hill, New Jersey, he graduated with a B.S in Physics in 1969 and an MBA in management/marketing at Saint Joseph's University in Philadelphia in 1981.

Richard is a chess master who swims like a dolphin and is passionate about aerobics.

His book Autumn Breeze (2015) is a general romance winner in the San Diego Book Awards, while A More Perfect Union (2014) won Amazon’s best books of the year.

Richard’s work is dedicated to the loving memory of his daughter, Lani. 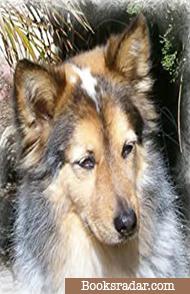 Neanderthals and the Garden of Eden: Running with Wolves 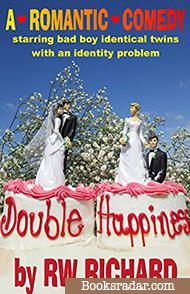 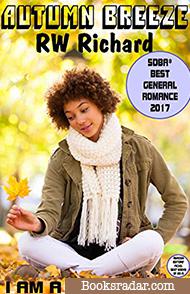 Autumn Breeze: I Am A New Yorker 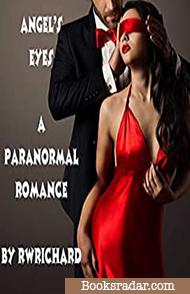 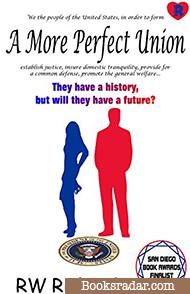 Neanderthals and the Garden of Eden: Running with Wolves

Buy now
Like
Neanderthals and the Garden of Eden: Running with Wolves

The beginning of man is full of stories, myths and religious writings which expound on an era of innocence where man had special relationships with animals.

Thanks to recent scientific discoveries and popular theories, the author has pieced together some of the facts and theories that have been relatively unknown.

Neanderthals spoke as well as we do.
Neanderthals and Homo sapiens had larger brains than we do today.
There was never any war between sparse human populations until near the end of the Ice Age.
Treachery and murder rampant in the modern world didn’t exist 100,000 years ago.

The comedian, who is in jail, is out to prove his innocence while his brother is determined to overcome alcoholism in order to save his engagement.

Now out, the comedian solicits the help of a Mafia Don in a desperate attempt to exonerate himself. The real challenge however is living with his brother’s fiancée—an importunate psychologist whom he can never get physical with.

Meanwhile, his twin brother flirts with the comedian’s stunning Chinese American attorney, nearly sweeping her off her feet, while the comedian is having a hard time holding off his brother’s fiancée.

This entralling romantic novel was inspired by William Shakespeare’s Comedy of Errors.

Autumn Breeze: I Am A New Yorker

Buy now
Like
Autumn Breeze: I Am A New Yorker

A fourteen-year-old lost her genius mother on the morning of 9/11, just years after her father was brutally murdered.

Determined to get adoptive parents before she is deported to Trinidad, the girl selects her BFF—who so happens to be a New York City detective—as her new mother and a good-looking spy—who is investigating her BFF—as her new dad.

The investigation was prompted by the fact that the girl had predicted the terrorist attack to her BFF who now won’t reveal her source.

What the girl however doesn’t know is that a terrorist is on the hunt, determined to find and silence the predictor.

The girl has her work cut out as she is not only trying to matchmake but is also evading a terrorist who may not only destroy her life but also that of her BFF.

A female officer serving in the U.S. Army discovers that she has a paranormal gift after losing her sight in battle.

As she endeavors to defeat the bad guys, a new threat emerges in the form of a NYU physics professor.

When he finds himself stuck in the middle of a world full of spies, assassins and advanced technology, the professor uses the new tools to help save the life of a beautiful soul that he had a crush on in prep school.

Although the two have what they each need, she just doesn’t know it yet.

No one is truly alone in this world after all.

When a series of events however sees the two form an improbable duo, Ayita starts suspecting that her opponent is falling for her.

If you’re looking for one more cynical political novel, then this book just isn’t for you.

If you’re looking for another salacious, non-organic sex fest, then this book still isn’t for you.

If you’re however looking for a romance in the most unlikely of situations, then this book is meant for you.

It assuredly has a twist that you’ll never see coming.