Michael Rose is a Canadian-born journalist, broadcaster and author of spy thriller novels.

Originally from Montreal, he holds a Bachelor's degree in English literature and psychology from Concordia University, and a journalism degree from Carleton University in Ottawa.

Rose launched a career in the media after completing his studies, before later acquiring a Master's degree in journalism from the University of Wollongong in Australia.

He has served in senior roles for leading media organizations all over the world, including the CBC, MacLean's Magazine, UPI, Radio France International, Sydney Morning Herald newspaper in Australia, and the Reuters news agency in London.

Rose was also at one point the Chief of Communications and Publications for Interpol at its headquarters in Lyon, France.

His extensive experience as a journalist, foreign correspondent and traveler greatly inspired his Frank Delaney thriller series, which debuted in 2003 with The Mazovia Legacy.

Rose currently works as a communications consultant and media trainer based in Sydney, Australia.

He has worked and traveled all over the world, including Latin America, Europe, Africa and Asia. 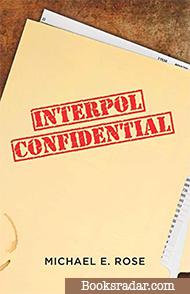 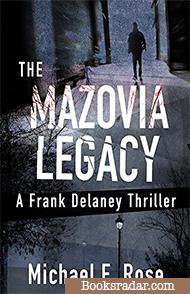 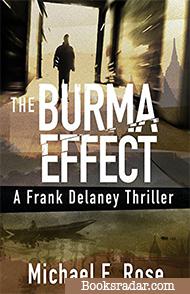 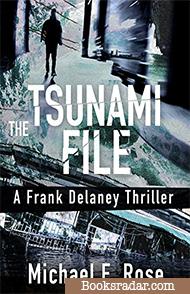 In the run-up to Interpol's General Assembly, something is truly amiss. The world's largest international police organization is heaving with internal strife, petty rivalries, and treachery.

For the Secretary General, re-election is not enough. What he wants is a unanimous victory and he is willing to go to any lengths to secure it. It will not be easy. Not only are others, both inside and outside Interpol, trying to stop his re-election, but some hate him so much that they are plotting his ultimate humiliation. His enemies are legion; that much is clear. What is less clear is who exactly is plotting against him, and which of his many, many transgressions they want revenge for.

The snow in a Montreal winter covers a multitude of sins...

In the icy depths of a Quebec winter, a harmless old Polish man dies in mysterious circumstances. His suspicious niece draws in Montreal investigative journalist, Frank Delaney, to help her find the truth behind the death, a story the authorities seem to want covered up.

The search for answers sweeps them into a dangerous web involving Canadian, Polish and Vatican agents who will use any means, even murder, to stop them. The catalyst for this international intrigue is the true story of Polish national art treasures secretly shipped to Canada to be hidden from the Nazis in the opening days of World War Two. This classic thriller combines fascinating history, deft storytelling and psychological depth.

Sometimes an obsession can become a death wish...

Frank Delaney, the Montreal-based investigative journalist and sometime spy, is assigned by the Canadian Security Intelligence Service to locate one of their agents gone missing in Bangkok.

The search for Nathan Kellner, a bohemian bon vivant with a taste for young women and a variety of illicit substances, brings Delaney first to London, then to Thailand and Burma, where evidence points to an elaborate plot to destabilize the Burmese military regime. Untangling that plot thrusts Delaney directly into the line of fire between the generals at the head of Burma's all-powerful junta and those who would use any means to see them overthrown.

Not every victim is found to be innocent...

Frank Delaney, investigative journalist and sometime spy, is on assignment in Phuket, Thailand, in the aftermath of the tsunami that killed thousands of people, foreigners and locals alike. Disaster victim identification teams from police forces across the globe have descended on this idyllic holiday location to carry out their gruesome work.

Delaney discovers that, against all logic, someone is trying to prevent identification of one of the bodies lying in makeshift beachside morgues. His search for the reason follows a trail through Thailand's seedy child sex trade to an elaborate cover-up in Germany and France, where those with everything to lose use increasingly desperate measures to stop him dead.