Alex Ryan is the pseudonym for the American co-author team of Brian Andrews and Jeffrey Wilson.

The two use the pen name when writing thriller novels.

They also write books under their real names, and as well as the pen name Andrews & Wilson.

Brian Andrews is a US Navy veteran who served as an officer on nuclear submarines. A Park Leadership Fellow, he holds a psychology degree from Vanderbilt University and an MBA from Cornell University.

Jeffrey Wilson is also a US Navy vet.

He has had multiple jobs over the years, working as an actor, firefighter, paramedic, jet pilot, and diving instructor.

Jeffrey has also worked as a vascular and trauma surgeon, serving in the US Navy for more than a decade, where he made multiple deployments as a combat surgeon. 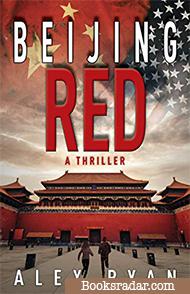 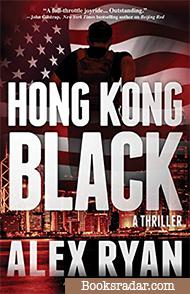 When ex-Navy SEAL Nick Foley travels to China to find purpose and escape the demons of his past, he instead stumbles into a conspiracy his Special Forces training never prepared him for.

A mysterious and deadly outbreak ravages a remote area of western China, and Nick finds himself the lead suspect in a bio-terrorism investigation being conducted by China's elite Snow Leopard counter-terrorism unit.

To clear his name and avoid prosecution, he must team up with beautiful Chinese CDC microbiologist Dr. Dazhong “Dash” Chen to find who is really behind the attack. As their investigation proceeds, their budding friendship is tested by nationalistic loyalties and suspicion.

In a race against time, Nick and Dash must risk everything to stop a mad man before he unleashes the world's next super-weapon in Beijing.

Former Navy SEAL Nick Foley reluctantly agrees to help investigate when American CIA operative Peter Yu goes missing in China. But when Yu’s mutilated body washes up on a beach near Hong Kong, along with dozens of other victims, the case takes a macabre turn.

Suddenly, Nick finds himself embroiled in another bio-terrorism investigation being conducted by China’s elite Snow Leopard counter-terrorism unit and the Chinese CDC—this time involving illegally-harvested organs for an unknown and nefarious end.

But Nick’s investigation does not go unnoticed, and soon he finds a target on his back. After thwarting an attempt on his life, he is forced to go off the grid and enlist the help of beautiful CDC microbiologist Dr. Dazhong “Dash” Chen to help unmask his would-be killer. On the run and looking for answers, their budding romance is tested at every turn.

With each step closer they take to unmasking the truth, Nick and Dash find themselves drawn deeper into a global conspiracy that began over two thousand years ago with the First Emperor of China and now threatens to upset the world order as they know it .