Born in Monterrey, Mexico, she attended Universidad de Monterrey, where she studied communications, thinking that she was well on course to becoming a journalist.

Destiny however had other plans for her, as Sofia ended up submitting to the unyielding urges of her first love: fiction writing.

A creative writing teacher, Sofia has also worked as a ghostwriter and communications director for local political campaigns, on top of writing a number of plays for local theater.

Although she enjoys traveling the world, Sofía feels most at home when she is in her mountainous hometown of Monterrey, Mexico with her beloved husband, their three children and two pet dogs and a cat. They not only keep her on toes, but also never give her imagination a rest–which is always a good thing! 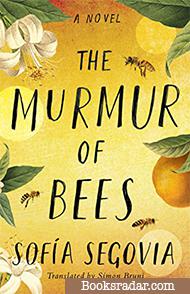 The Murmur of Bees

The Murmur of Bees

Buy now
1
The Murmur of Bees

A mysterious child has the power to change a family’s history in a country on the verge of revolution.

From the day that old Nana Reja found a baby abandoned under a bridge, the life of a small Mexican town forever changed. Disfigured and covered in a blanket of bees, little Simonopio is for some locals the stuff of superstition, a child kissed by the devil. But he is welcomed by landowners Francisco and Beatriz Morales, who adopt him and care for him as if he were their own.

As he grows up, Simonopio becomes a cause for wonder to the Morales family, because when the uncannily gifted child closes his eyes, he can see what no one else can―visions of all that’s yet to come, both beautiful and dangerous. Followed by his protective swarm of bees and living to deliver his adoptive family from threats―both human and those of nature―Simonopio’s purpose in Linares will, in time, be divined.

Two families uprooted by war are united by the bonds of love and courage.

With war looming dangerously close, Ilse’s school days soon turn to lessons of survival. In the harshness of winter, her family must join the largest exodus in human history to survive. As battle lines are drawn and East Prussia’s borders vanish beneath them, they leave their farm and all they know behind for an uncertain future.

But Ilse also has Janusz, her family’s young Polish laborer, by her side. As they flee from the Soviet army, his enchanting folktales keep her mind off the cold, the hunger, and the horrors unfolding around them. He tells her of a besieged kingdom in the Baltic Sea from which spill the amber tears of a heartbroken queen.

Neither of them realizes his stories will prove crucial and prophetic.

Not far away, trying and failing to flee from a vengeful army, Arno and his mother hide in the ruins of a Königsberg mansion, hoping that once the war ends they can reunite their dispersed family. But their stay in the walled city proves untenable when they find themselves dodging bombs and scavenging in the rubble. Soon they’ll become pawns caught between two powerful enemies, on a journey with an unknown destination.

Hope carries these children caught in the crosshairs of war on an extraordinary pilgrimage in which the gift of an amber teardrop is at once a valuable form of currency and a symbol of resilience, one that draws them together against insurmountable odds.