Brought up on a cattle farm in the mountains of southwestern Pennsylvania, Shuman joined the Washington DC Metropolitan Police Department where he served as a narcotics detective; retiring as a lieutenant from the Public Integrity Division.

His first novel, 18 SECONDS (2006), became a national bestseller and was also #nominated for both a Shamus and Best First Novel by the International Thriller Writers Association. It has been translated into 22 languages and sold in 23 countries across the globe.

Shuman currently lives in Georgia where he works as a full time writer. 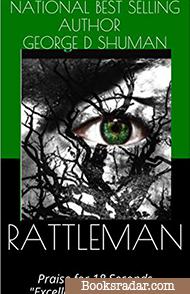 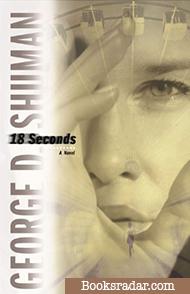 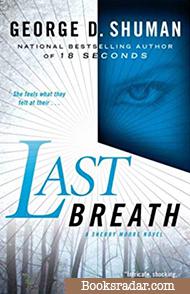 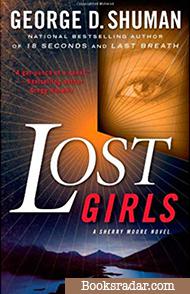 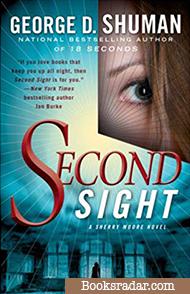 A woman’s head emerges from a frozen mountain lake; a cyclist disappears from a national park without a trace while a young girl is abducted from the fields as she looks after her goats.

Bodies are discovered in West Virginia, Kentucky, Georgia and Tennessee. They have been slit open, shorn of their hair, with fillings removed from their teeth.

Although the police and FBI install checkpoints and roadblocks cross the Appalachian’s, Sheriff Wayne believes that thinks they are looking in all the wrong places.

Certainly no stranger to the mountains, the Sherrif summed it best when he said: “Consider the man that comes down out of the wilderness to kill. Now that would be one dangerous son of a bitch.”

Sherry Moore is a stunning blind psychic who has the gift of seeing the last eighteen seconds of the life of a murder victim by simply touching the corpse. As such, she uses her ability to help others solve murder mysteries.

A terrible auto accident landed serial killer Earl Sykes in prison. Desperate for revenge years later after being released, he targets Lieutenant Kelly O'Shaunisy, the daughter of his captor.

When Lieutenant O'Shaunisy’s investigation of the disappearance of young women leads to dead-end clues and an ever growing trail of bodies, she solicits help from Sherry.

As they set off to uncover the identity of the killer, the two women get caught up in a deadly chain that could very well cost them their lives.

A merciless serial killer with an inconceivable MO disappears into the backwoods of Pennsylvania after leaving a chain of tortured, murdered women in western Maryland.

Having hit a brick wall with the investigation, the authorities enlist the help of Sherry Moore, a famous blind psychic whose abilities draw cynicism yet the results are unmatched.

Upon coming into contact with the hand of the dead body, Sherry sees the last eighteen seconds of the victim’s life.

When the killer however turns his attention to Sherry, the defenseless psychic must do everything in her power to catch the killer without paying dearly with her life.

Upon the violent winds of Mt. McKinley in Alaska, Sherry Moore uses her extraordinary gift to help her confidant and best friend, retired Admiral Garland Brigham, to search and rescue some missing girls.

Upon holding the hand of a climber who met his death, Sherry is able to see the last eighteen seconds of his life.

What she sees not only directs the team to the remaining survivors, but also gives rise to a horrific memory.

Inside the jungle is a castle where young women, whose faces have been branded with a skull tattoo, are been viciously raped and tortured.

Blind and beautiful psychic Sherry Moore has the remarkable ability to see the last eighteen seconds of life of a murder victim by simply touching the corpse. She has used her gift for good, as it has not only helped to solve several crimes but also assisted in saving quite a number of lives.

Although Sherry’s life has been far from normal, things start panning out quite nicely after she strikes a relationship with Brian Metcalf, the Navy SEAL she met while a dramatic rescue on Mount McKinley.

Sherry is happy, until a terrible radiation changes everything.