Born in Cambridge, he holds a PhD in Ancient History from Corpus Christi College, Oxford.

Throne of the Caesars Books 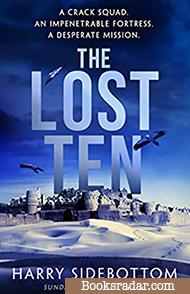 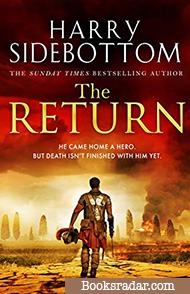 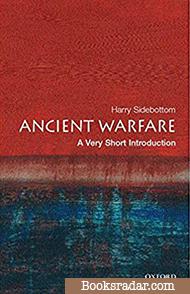 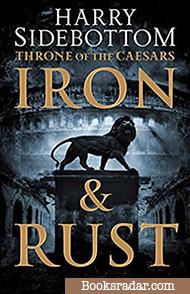 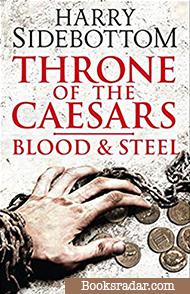 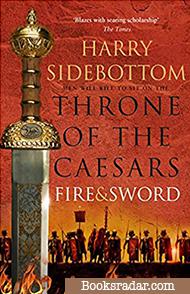 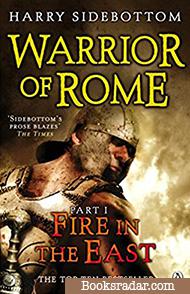 Fire in the East 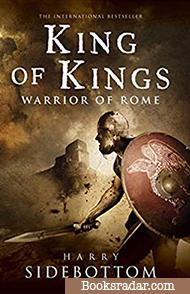 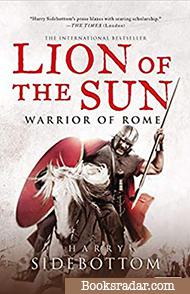 Lion of the Sun 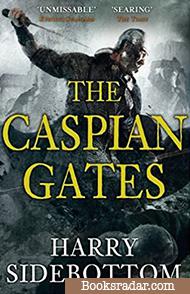 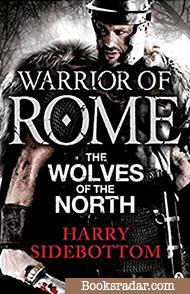 The Wolves of the North 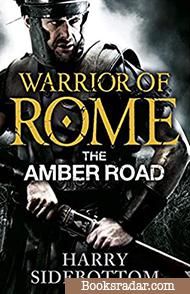 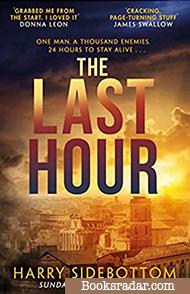 Whoever walks into the Castle of Silence never makes it out alive.

A distant fortress prison located on the mountains, breaking free is out of the question, while helping someone escape would be next to insanity.

Yet Roman officer Marcus Aelius Valens is tasked with the mission—a suicide mission.

Accompanied by a tiny group of elite soldiers, Marcus Aelius Valens must traverse Mesopotamia and advance into the mountains south of the Caspian Sea in an effort to rescue the youthful Prince Sasan.

As they embark on the deadly mission, the ten start vanishing one after the other.

Will Valens succeed or meet his death?

Gaius Furius Paullus goes back to his home to enjoy the serenity and calmness of his family farm, having spent years fighting for the Roman Empire.

What he however doesn’t know is that death has followed him.

Soon after his return, brutally murdered bodies start to surface.

As the body count increases and fear grips the region, blame start falling on Paullus.

After all, he has shed the blood of multiples on the battlefield. What could possibly stop him from doing so now?

Determined to exonerate himself, Paullus finds himself on a desperate quest to catch the real killer.

The Romans and the Greeks have the most unique warfare in history; one which is still recognized to date.

What makes them stand out from other cultures is that they practiced a "Western Way of War," where the battle is won through bravery, partially inculcated by discipline.

In this fascinating book, Dr Harry Sidebottom looks at every facet of ancient warfare, from its philosophy and plan of action, to the technical skills decisive in battle.

The author also explores war in general terms, explaining why wars were able to shape classical society, and how an individual's identity was at times determined by war.

Throne of the Caesars Books

The Severan dynasty finally ends after the vicious killing of Emperor Alexander and his mother.

A powerful and fearless man, he would do whatever it takes to protect Rome?

Although the Senators shower the new Emperor with praises, will they ever accept to be led by someone from an impoverished background?

As the battle against the barbarians rages, revolt and personal loss makes Maximinus overwhelmed by vengeance.

This enthralling book by Sunday Times bestselling author Harry Sidebottom is about a world ruled by murder and passion where individuals will shed blood just to become Emperor.

Emperor Maximinus faces an uncertain future, as revolt starts to intensify, with the empire lacking money and manpower.

Meanwhile in Africa, Gordian the Elder and Younger, of royal heritage, are made the new Augusti. They are a symbol of the establishment reclaiming the empire.

When Maximinus’ prefect is killed and the Gordians take the throne, the Senators welcome the revolt, given how they have never supported the idea of a former shepherd becoming an Emperor.

Upon learning of the treachery, Maximinus unleashes unfathomable viciousness.

A brutal battle not far from Carthage will seal the fate of Rome.

The year is AD 238. Chaos reigns supreme in the empire.

Maximinus Thrax endeavors to ascend back to the throne after the death of the Gordians.

Determined to act swiftly in order to escape the wrath of Maximinus, the Senators choose two of their own to share power.

Soon faced with a brutal uprising, will the new Augusti uphold unity even as their territories rebel attacks from the Goths and the Persians?

Elsewhere, as Maximinus approaches Aquileia, an old Menophilus of Gordian steps up to foil the attack.

Yet again, the future of the empire will be decided by one brutal fight for victory, and vengeance.

Fire in the East

The Roman Imperium faces an insurmountable challenge, with acts of defiance to its might and control coming from every border.

By far the biggest threat comes from Persia to the east, where the Sassanid army readies to launch a vicious onslaught.

The fate of the remote Roman citadel of Arete has already been sealed, and all they can do is wait.

Amidst all this, one man is sent to salvage the situation.

Ballista, whose very name invokes thoughts of bloodshed and destruction, is sent to prepare the forces for a brutal battle against the biggest foe to ever challenge the Imperium.

The Imperium is ridiculed with fiery plots by deadly and influential individuals.

Meanwhile, the Sassanid military is more determined than ever, as it advances along the eastern border.

Upon returning to the imperial court from the destroyed Roman citadel of Arete, Ballista is shocked to find out that not everyone is happy to see him alive.

Plunged into a world of conspiracy and religious zealotry, Ballista's bravery and allegiance will face a stern test in the service of Rome and the Emperor.

Lion of the Sun

The year is AD 260 in Mesopotamia.

The Roman Emperor is at the hands of the Sassanid forces after being deceived by his most trusted adviser.

With nowhere to hide in the face of defeat, the weak and elderly emperor surrenders to Shapur, King of Kings.

Though powerless, Ballista silently swears to unleash revenge on everyone who betrayed the empire, pushing it to the edge of desolation.

“It may not be today or even tomorrow, but one day, I’ll send you to your grave.”

But in order to do so, he has to escape first.

Only the brave and the favored can rescue Rome from imminent destruction.

Ballista is about to face a challenge unlike any other.

A power struggle has left the Imperium is in chaos, while Ephesus, Asia's metropolis, has been destroyed by a huge earthquake.

As if that were not enough, Rome faces a huge threat from the North in the form of the brutal Goth tribes advancing towards Ephesus, on a mission to plunder the city.

The Goths are renowned for being vicious and hostile, and they intend to live up to their reputation.

And soon enough Ballista, Warrior of Rome, gets caught up in a dangerous bloodfeud with a foe determined to bring him and the Imperium to their knees.

The Wolves of the North

The Roman Imperium is being overwhelmed by the barbarian attacks and vicious revolutions.

The Northern tribes and intensifying their attacks on the Imperium, with viciousness never been witnessed before by Rome.

Ballista, Warrior of Rome, finds himself on yet another dangerous assignment, as he endeavors to make the barbarians of the steppe fight each other.

As Ballista and his entourage travel to confront the Heruli, the strangest and most merciless nomad tribe, something is on their trail, quietly eliminating them one after the other.

Despite being in a foreign land, could Ballista’s biggest threat emanate from his own familia?

The year is AD 264. The Roman Empire is divided into two.

Gaul, Spain and Britain, which make up the western provinces, have been captured by Postumus, while the east is under the control of Emperor Gallienus.

War is on the horizon and picking a side will be inevitable for everybody.

On a deadly mission, Ballista must traverse The Amber Road to Hyperborea, as he returns to his real home—the land of his blood.

A masked and frightening figure however commands a ruthless attack, unleashing terror and bloodshed against the Angles.

Not everyone is pleased the return of the Warrior of Rome.

Could betrayal be the biggest thing to worry about?

An unaccompanied man stands at the summit of the Mausoleum of Hadrian.

Footsteps can be heard marching up the flight of stairs.

He has been betrayed.

Despite being in terrible pain, he forces himself out of the powerful river.

At the centre of a terrible conspiracy, he has no money or friends.

Some want him to be captured alive, while others want his head.

As the sun sets, he comes to the realization that he only has 24 hours to uncover the truth about those who betrayed him, and save the Emperor.

For if the Emperor dies, so does everyone else who adores him.