Troy Soos is an American bestselling author of mystery novels, and non-fiction.

Acclaimed by the New York Times, USA Today, Sports Illustrated and Publishers Weekly, he has written many books, including the bestselling Mickey Rawlings baseball mystery series.

Born in New Jersey a fortnight after the Brooklyn Dodgers relocated to the West Coast, Soos’s lifelong interest in modern baseball and the game’s history was ignited the moment he watched his idol, Duke Snider, play.

The holder of physics degrees from Rutgers and M.IT., Soos spent too much time exploring old-time baseball, so much so that he had to quit his research career in order to focus on writing full time.

Influenced by the works of mystery writer Peter Lovesey, Soos made his debut as a novelist in 1994 with Murder at Fenway Park, the first book in the Mickey Rawlings baseball mysteries.

He has also written the Marshall Webb and Rebecca Davies Series, the novella Decision of the Umpire (2012), and the non-fiction book Before the Curse: The Glory Days of New England Baseball, 1858-1918 (1997).

Soos, who has been a guest on National Public Radio and Voice of America, currently resides in Winter Park, Florida. 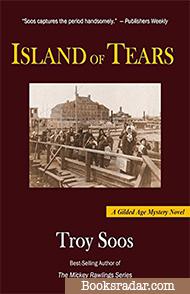 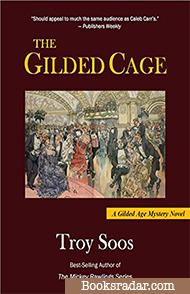 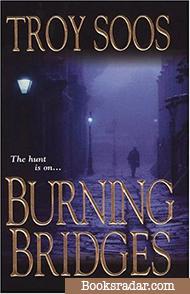 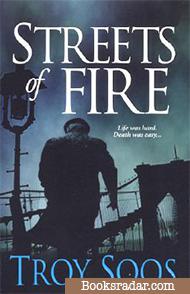 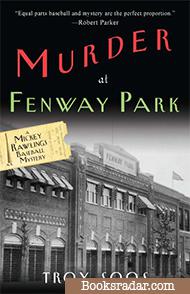 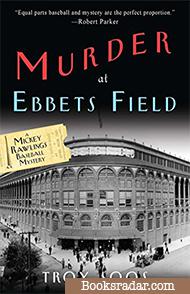 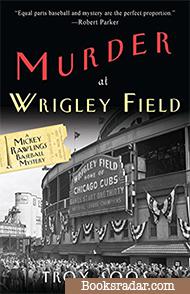 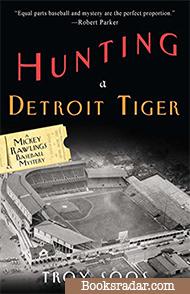 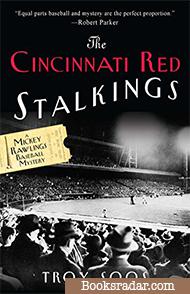 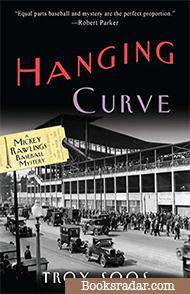 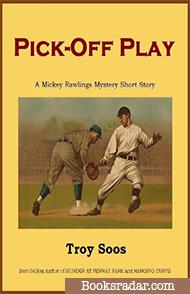 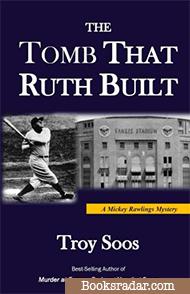 The Tomb That Ruth Built
Non-fiction 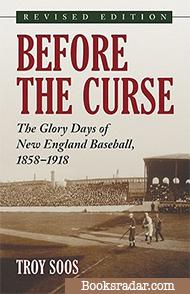 Before the Curse: The Glory Days of New England Baseball, 1858-1918
Novellas 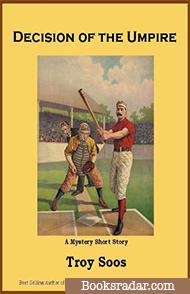 Decision of the Umpire

In the year 1892, Marshall Webb encounters a young Dutch girl who then disappears from Ellis Island moments after she arrives, and when his investigation takes him to reformer Rebecca Davies, he is introduced to a world of white slavery and murder.

In nineteenth-century New York City, Rebecca Davies, who must find a way to keep her shelter for abused women from closing, turns to an ambitious young banker for help, but when the banker is murdered and her money vanishes, Rebecca joins forces with writer Marshall Webb to discover the truth.

When the brutal murder of a prominent businessman is linked to the disappearance of a young girl, Harper's Weekly editor Marshall Webb and reformer Rebecca Davies delve into a world of vice, corruption, and wealth to catch a clever killer.

In 1895 Brooklyn, during the worst winter in years, a trolley workers' strike leads to the murder of a police officer, and Marshall Webb, a reporter for Harper's Weekly, teams up with a detective and a social reformer to find the truth and expose a tangled mess of corruption that could destroy the city.

Boston, 1912. Fenway has just opened, Ty Cobb is a nationwide sensation, and rookie Mickey Rawlings has finally made it to the majors. But just when he sets foot inside the confines of the green monster, his all-star dreams come crashing down—Rawlings is fingered for the monstrous murder of his teammate Red Corriden.

Sure, someone decided to use Red for batting practice. But just because Rawlings has fouled off a lot of balls in his time doesn’t mean the cops have to be as blind as a rookie ump when it comes to his innocence. With no one watching his back, Rawlings has no choice but to switch his baseball cap for a sleuthing hat to clear his name. Otherwise, it’s going to be a short season in the majors and a long one behind bars...

Mickey Rawlings will do whatever it takes to help his New York Giants get past the Brooklyn Dodgers and into the World Series. If that means playing a bit part in a movie starring screen goddess Florence Hampton, he's game. What's not in the lineup is Florence washing up on a beach bloated and dead following a glitzy night of champagne and paparazzi.

Since Rawlings has a perfect batting average when it comes to solving murders, he can't just walk away from the crime--especially when the killer has an agenda that could change more than a few lives forever--and puts the Series into perspective for Rawlings. While the boys of summer heat up for the final playoff stretch, every pitch, every swing heightens the tension on a mystery that might be too tough for Rawlings to deliver in the clutch this time.

While the nation wages war against Germany in 1918, utility infielder Mickey Rawlings has been traded to the North Side of Chicago. He's batting a career high (a respectable .274) and the Cubs are in first place. For the first time in a long while Mickey is feeling financially secure enough to buy furniture. That's when his best friend—rookie Willie Kaiser—is shot dead right on the diamond.

While the official explanation is "accidental death from a stray bullet," Mickey thinks someone's taken the anti-war sentiment too far. Between collapsing bleacher seats and pretzel sabotage in the stands, Mickey's search for answers takes him from silent movies to speakeasies to the stockyards. As long as he keeps fouling off clues, it's only a matter of time before a killer is caught in a rundown—or Mickey is tagged out permanently.

In 1920 Detroit, a ballplayer is called out for the murder of a union organizer and must find the real killer.

It's 1920, and perennial 25th man Mickey Rawlings has found a spot on the Detroit roster with a .250 average and 20 stolen bases. Respectable numbers for a utility infielder. Unfortunately that doesn't exempt him from being put in a lineup for murder, even if he's playing toss with the tempestuous talents of Ty Cobb.

Mickey admits he was at a player's union rally in Fraternity Hall, but he insists he had nothing to do with the bullet that shot organizer Emmett Siever. It turns out convincing his teammates and the front office of his innocence is about as easy as selling a slide into second to a blind ump.

It's 1921, and journeyman infielder Mickey Rawlings finds himself on yet another team, the Cincinnati Reds, who everyone remembers for "winning" the 1919 World Series against the infamous Chicago Black Sox.

In an effort to refurbish their image, Oliver Perrimen, a die-hard Reds fan cooks up a memorabilia exhibit of the 1869 Cincinnati Red Stockings, who went undefeated in a historic coast-to-coast romp. But before the tour can reach first base, someone strikes Ollie out with a well-placed bullet. Since murder seems to follow Mickey around like a hitting slump he can't quite quit, he starts snagging clues.

Soon enough he finds his hands full with a forgotten murder, breaking and entering, and an angry girlfriend. But when the game of his own life is on the line, Mickey Rawlings is a born survivor. At least he hopes. . .

A Race To Stay Alive.

1922. Another year, another team. Utility infielder Mickey Rawlings is now warming the pine for the St. Louis Browns, a team poised to go all the way.

Rawlings should be overjoyed with the situation but the lack of playing time has him sneaking off to play incognito in the semi-pros. The competition is just as rough, though. In fact, some of the best players to ever throw a curveball or line up for a swing are his opponents. The only reason they aren't in the majors is because of their team color--black.

Turns out that's the least of their worries. When the star pitcher of the Negro East St. Louis Cubs is found lynched after a win, Rawlings has to do everything he can to track down the killer and prevent a repeat of the deadly race riots of 1917. If he can stay alive. . .

"Troy Soos' "Pick-Off Play" brings to life the dust, sweat and corruption of minor league ball in Texas before World War I.

The Tomb That Ruth Built

Mickey Rawlings is Back!

The Roaring Twenties: America is dancing to jazz, gangsters are selling bootleg liquor, and the New York Yankees are building a baseball dynasty. In 1923, Yankee Stadium opens and Babe Ruth is about to lead the team to its first world’s championship.

But the promising season gets off to an ominous start when the body of a murdered bootlegger is found buried in the new ballpark. Utility infielder Mickey Rawlings, in his first year with the Yankees, is called to investigate and soon gets caught in the crossfire of rival gangsters. The Tomb That Ruth Built is the seventh in Troy Soos’s acclaimed Mickey Rawlings baseball mystery series.

Buy now
Like
Before the Curse: The Glory Days of New England Baseball, 1858-1918

In this revised and updated version of his highly regarded book, author Troy Soos covers the history of baseball in New England from 1791 through 1918, the year in which the Red Sox won their final World Series of the 20th century.

Beginning with the recently discovered Pittsfield, Massachusetts, document, the history of early New England baseball and its folk predecessors is briefly discussed, followed by the advent of pay for play, when the Boston Red Stockings dominated baseball's first major league. Turning next to the 1870s, 1880s and 1890s, decades that saw pro baseball establish itself in especially the larger cities of the Northeast, Soos demonstrates that the amateur game became a fixture of the towns, schools, and even the factories.

Success at the game's highest level followed, as Boston won five NL championships in the 1890s before taking the first modern World Series in 1903.When five more world championships came during the 1910s, New Englanders could justifiably argue that the country's oldest region sat atop the baseball world. By the close of 1918, New England was baseball mad, and the 86 years of collapses, near-misses, and outright struggles that lay ahead would do nothing to diminish the game's high place in the regional culture.

Decision of the Umpire

"Decision of the Umpire" is a historical baseball mystery short story set during the 1894 Temple Cup Series between the Baltimore Orioles and the New York Giants.