Peter A. Stankovic books in order

Peter A. Stankovic is a former finance and audit expert and Australian author of crime fiction novels.

His desire to tell stories began after he undertook a film course in London, although he only began writing considerably after retiring from his finance career.

Peter enjoys film, cricket, tennis, and reading, and is quite passionate about writing tales where ‘the bad guy never gets away,’ and the hero ‘goes through a tortuous path.’

In his enthralling adventurous tales, villains are cunning as can be, and women simmer in sensuality.

Peter has published a book apiece with Sydney School Of Arts, and Xlibris, with the vast majority of his novels being self-published.

He currently makes his home in Sydney, having previously lived in Germany, Brisbane and London.

More about Peter A. Stankovic 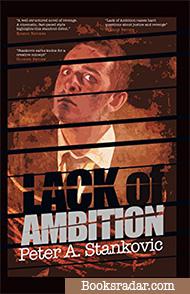 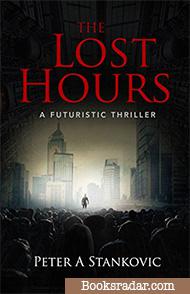 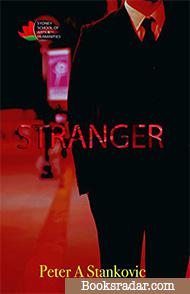 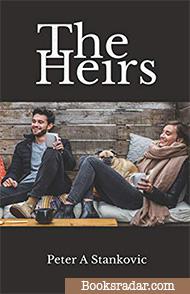 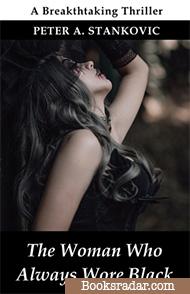 The Woman Who Always Wore Black 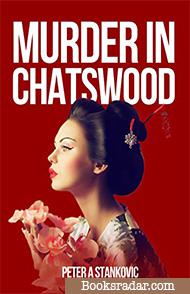 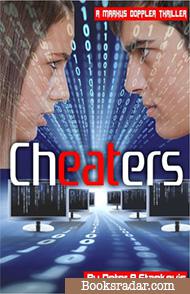 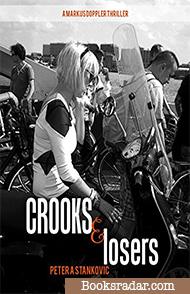 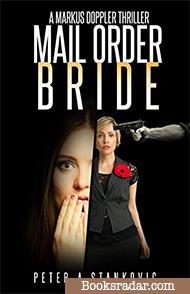 JJ intends to avenge the needless demise of his family.

Working from the inside of a large insurance conglomerate, he designs a plan.

Top executives are kidnapped in a daring daylight operation.

Secrets are revealed over subsequent days as each is interrogated.

Who will survive? And will JJ find peace or will he too be sacrificed in his quest for corporate justice?

A police cruiser chases two thieves who veer off the highway and head for a corner where the traffic lights show red. The robbers ignore the stop signal and smash into a young couple – Kurt and Lynda. Lynda dies but Kurt is taken to hospital with head injuries. He is in a coma for six hours.

After being released from hospital, Kurt discovers he has a gift. He can transport himself into the future and sample it for a brief time, for the period he was unconscious - exactly six hours. When, in the future, the six hours expire, he disappears from that period and the people around have no idea what has happened.

On one occasion Kurt tries to transport himself into the past to save Lynda but fails. He realises he can only go forwards.

Kurt uses this ability to select jobs as a lawyer, make money and determine the best long- term relationships. He also finds he can change events by seeing what happens to criminals he’s encountered. Does he use this power wisely?

Then, as a result of experimentation, he travels to a year, decades into the future, and discovers that all but a few men have perished. Intrigued, he explores material in the future to understand why.

Can Kurt find the cause and prevent the possible destruction of all humans?

Political journalist Nick Hunter suddenly loses his memory. He can't find his wallet, his computer password or even his name. When it comes to women it's even more confusing. Does he have a lover or a wife?

It doesn't get any easier when he realizes his life is in danger as he's been researching a story on corruption at the highest level of political life. Things get even stickier once Nick has a 6-shooter out of his safety deposit box and in his hand, ready to fire in his own defense.

Set in the northern and eastern suburbs of Sydney where coffee and sex are almost too freely available, this story will sharpen your senses and set your crime thriller compass on true course.

Ed has been hired to kill Bart, an old man who had built a fortune, and he’s asked to make it look like an accident. The paymaster is one of Bart’s five children. Ed, an odd jobs man,

agrees to the mission because he needs money to pay off gambling debts. Ed was married to Bart’s niece and, through her, knows all the five children. Ed gets into Bart’s house and

confronts the man. They talk and Ed admits his purpose but he doesn’t go through with the murder.

However, Bart is eventually murdered, and Ed becomes a suspect.

Who could be responsible for ordering the hit?

Lyn is in her fifties and the oldest of Bart’s children. Because of multiple divorces, Lyn now Lives off a government pension. She has a daughter who needs funds as she has lost her job.

She also has a baby and lives with a man who is unemployed.

Kat, the second daughter, and her husband are partners in a business, but they want to live the good life and can’t understand why Bart won’t give them part of their inheritance now.

Gwen, the third daughter, has suffered a bad childhood and is married to a man who needs money to buy a share in an accountancy practice. She asks her father for a loan but is

Barrett, the only son, has a business which is going bankrupt. He also has a mistress and pressures mount.

Eloise is the youngest daughter. She had spent years looking after Bart and his sick wife, now deceased. She is in her forties, never married, and she’s currently with a man who will leave her if she can’t get a portion of the inheritance early. She believes this is her last chance for love. Her father laughs at her story.

Buy now
Like
The Woman Who Always Wore Black

Many people wish they could be younger or, at least, not continue to age. Ethan Stone believed this and carried out experiments to invent a pill to achieve such a result.

However, this brought him no end of grief. Others wanted the formula, and some were prepared to kill to get it.

A woman, a woman who only wore black and who hid a deep secret, was so desperate to obtain the anti-ageing pill, not for herself but for another she cared about that she would do almost anything to obtain it.

Who will prevail in the quest for eternal youth? Murder, love, kidnapping, hate, all play a part in this tale of want.

A heavy vehicle smashes into four people dining on a street café in busy Chatswood.Detective Brock Larsen has been called to investigate.

Were all four victims the target or just one of them? A search for the killer leads the Homicide team to a variety of potential suspects.

During the investigation, Larsen and each of his four team members also need to tackle their individual love issues.

Markus Doppler, a commitment-shy retired detective, in search of a serial killer who finds a website called ‘Cheaters’ to target his victims, ironically uses the site in this quest and finds true love, a beautiful woman called Penelope.

Four suspects loom large. Then a breakthrough occurs and Markus Doppler believes he has finally nailed the perpetrator. But before he can act the killer kidnaps Penelope and sets out to bargain with Doppler for her life.

Will Doppler be able to save her and capture the killer? Or will her life or his principles suffer?

Markus Doppler, an ex-cop, is recruited to find the killer of four brutally murdered people. It appears that the victims may have been involved with a financial scam. It turns out to be more complex and Markus must track the killer before he kills a colleague who is also his latest lover.

A Russian Dating Agency sends Mail Order Brides to vulnerable wealthy men. Svetlana is one such woman - beautiful, skilled and alluring – who is sent to Timothy Mason.

Markus Doppler is hired by Timothy’s sister to find him when he goes missing. Svetlana’s runner, Dimitrov, has killed him as well as Timothy’s daughter to ensure the inheritance goes solely to Svetlana.

Markus, through his investigation, forms a love/hate connection with Svetlana. His search for the serial killer intensifies when Markus’ love, Penelope, is murdered.

Dimitrov discovers that Svetlana has betrayed him. He breaks into Svetlana’s home and kills the police woman posted as security. Having bound Svetlana’s naked body to a chair, ready for torture, Dimitrov is confronted by an outraged Markus who carries out his brand of justice.