David Stone is an American military veteran, historian and author of mystery and thriller books.

Stone has a wealth of experience in the military,having served as an intelligence officer and as an investigator for a state-level law enforcement agency.

He has lived and worked in North America, Central America, Southeast Asia, and Europe. 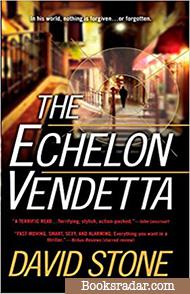 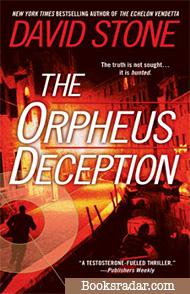 CIA agent Micah Dalton is a "cleaner." He takes care of other agents' mistakes. When a friend and mentor commits a grotesque suicide, Dalton's investigation leads him into the snare of a madman, into the arms of a beautiful, mysterious stranger-and into a conspiracy within his own agency. Dalton knows only one thing for certain-this job is going to get very messy.

Now, Micah is on the outs with his former employers, staying off the radar and hopefully out of firing range. When an attempt is made on his life in the rainy streets of Venice, he knows his best chance of survival is under the shadowy wings of the CIA.

To prove his worth, he accepts their mission: an agent and old associate of Micah's has been taken in the China Sea, the only survivor of a brutal pirate attack. He's to find the man and find him fast.

But Micah's mission is not about a man. It's about an elusive ship known only as The Mingo Dubai that is already under way, heading toward the West. And its cargo is death.

CIA cleaner Micah Dalton has taken his revenge against the Serbian gang who shot his lover. Then he receives a mysterious jade box containing a stainless steel glasscutter. Someone is sending him a very serious message, a message that will force him back into action against a foe out to unleash chaos upon the world...

In Vienna for a secret meeting, CIA cleaner Micah Dalton notices he is being followed. When he turns the tables and captures one of his watchers-mysterious operative Veronika Miklas-he is targetd by not only his enemies but his allies. He has inadvertently uncovered a secret that could shatter America's strategic global alliances. And Dalton will have to push himself to the very edge in a desperate attempt to save his honor and his life.