She holds a degree in Fine Arts from Vanderbilt University and also attended a PhD program in Art History, before leaving to pursue her MFA in Creative Writing from Emerson College.

Like the avid lover of art that she is, Storey also studied art in Italy, on top of going on a pilgrimage to witness every Michelangelo displayed in Europe.

Oil and Marble, which debuted in 2016, has been translated into six languages. The book is also set to be adopted into a feature film by Pioneer Pictures.

Storey also published Raphael, Painter in Rome, which was released on the 500th anniversary of the death of the decorated painter.

Other than writing novels, Storey has also served as a national television producer for nearly two decades, working for shows like Alec Baldwin on ABC, Arsenio Hall for CBS, and Emmy-nominated The Writers’ Room on the Sundance Channel.

Whenever she isn't writing or doing production work, Storey can be found with her actor and Emmy-winning comedy writer husband, Mike Gandolfi, traversing the world as they search for their next stories. 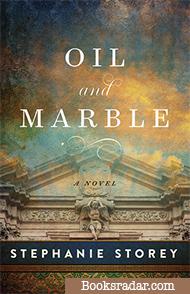 Oil and Marble: A Novel of Leonardo and Michelangelo 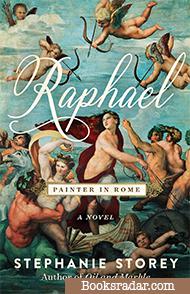 Oil and Marble: A Novel of Leonardo and Michelangelo

Buy now
Like
Oil and Marble: A Novel of Leonardo and Michelangelo

From 1501—1505, Leonardo da Vinci and Michelangelo Buonarroti both lived and worked in Florence. Leonardo was a charming, handsome fifty year-old at the peak of his career. Michelangelo was a temperamental sculptor in his mid-twenties, desperate to make a name for himself.

Michelangelo is a virtual unknown when he returns to Florence and wins the commission to carve what will become one of the most famous sculptures of all time: David. Even though his impoverished family shuns him for being an artist, he is desperate to support them. Living at the foot of his misshapen block of marble, Michelangelo struggles until the stone finally begins to speak. Working against an impossible deadline, he begins his feverish carving.

Meanwhile, Leonardo’s life is falling apart: he loses the hoped-for David commission; he can’t seem to finish any project; he is obsessed with his ungainly flying machine; he almost dies in war; his engineering designs disastrously fail; and he is haunted by a woman he has seen in the market—a merchant’s wife, whom he is finally commissioned to paint. Her name is Lisa, and she becomes his muse.

Leonardo despises Michelangelo for his youth and lack of sophistication. Michelangelo both loathes and worships Leonardo’s genius.

Oil and Marble is the story of their nearly forgotten rivalry. Storey brings early 16th-century Florence alive, and has entered with extraordinary empathy into the minds and souls of two Renaissance masters. The book is an art history thriller.

Michelangelo’s Sistine Chapel ceiling is one of the most iconic masterpieces of the Renaissance. Here, in Raphael, Painter in Rome, Storey tells of its creation as never before: through the eyes of Michelangelo’s fiercest rival—the young, beautiful, brilliant painter of perfection, Raphael.

Orphaned at age eleven, Raphael is determined to keep the deathbed promise he made to his father: become the greatest artist in history. But to be the best, he must beat the best, the legendary sculptor of the David, Michelangelo Buonarroti. When Pope Julius II calls both artists down to Rome, they are pitted against each other: Michelangelo painting the Sistine Ceiling, while Raphael decorates the pope's private apartments.

As Raphael strives toward perfection in paint, he battles internal demons: his desperate ambition, crippling fear of imperfection, and unshakable loneliness. Along the way, he conspires with cardinals, scrambles through the ruins of ancient Rome, and falls in love with a baker’s-daughter-turned-prostitute who becomes his muse.

With its gorgeous writing, rich settings, endearing characters, and riveting plot, Raphael, Painter in Rome brings to vivid life these two Renaissance masters going head to head in the deadly halls of the Vatican.