Raised in the Florida Panhandle, Charles spent three decades as a teacher of English in middle school and high school, something that equipped him with the necessary storytelling abilities for his second career as a writer.

Having won consecutive Golden Nib awards for fiction, Charles now has a growing fan base with readers from all over the globe.

He currently resides near Richmond, Virginia, with his wife, dogs, and computer. 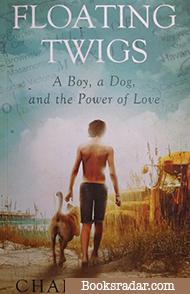 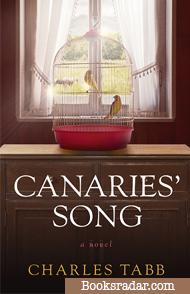 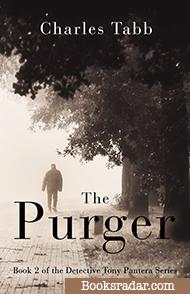 The year is 1968 in the rustic coastal town of Denton, Florida.

While looking for a job, having promised his truant parents that he’ll get one in order to take care of his new pet, Jack crosses paths with Hank Pittman and Mrs. Mary Jane Dawson.

Although Hank is a middle-aged man living in a rundown school bus at the harbor, while Mrs. Dawson is an odd but kind older woman in need of gardening help, the two become the loving parents that Jack never had.

When Hank is however accused of a crime he never committed, Jack suddenly faces the possibility of losing everything that is dear to him.

Eric Northcraft is struggling to raise his three daughters without his wife, who recently died of cancer. While he misses his late wife, Emily, he must do his best to be both a father and mother to his young daughters.

Lisa, the oldest at fourteen, loves horses, an interest not well-supported by his teacher's salary. Grace, his middle child, is physically and intellectually challenged, mentally more like a five-year-old than a girl of eleven. Monica, the youngest, is the rebellious one and is convinced her father loves her sisters more than he loves her. They each deal with the loss of their mother in different ways, some good, some bad.

As Lisa finds a way to be around the horses she loves so much, Monica grows more rebellious and difficult. Grace, however, is happy with her canaries, preferring to sit and listen to their beautiful singing while doing her best to convince her family of the happiness they can bring.

Meanwhile, Eric is having difficulties at work. One of his administrators is causing problems, and his best student, an African-American girl with issues of her own, refuses to be coaxed into attending college, even on a scholarship. When tragedy strikes once again, Eric and his family must deal with its outcome.

Detective Tony Pantera is summoned to solve the mysterious case of high school freshman, Samantha Dobson, who was abducted by an obsessed man.

But as Samantha tries to confront a darkness that she never could have imagined existed, her family on the other hand gradually falls apart.

Her father preoccupies himself in his work while her older siblings resort to self-destructive ways of dealing with the loss, with her mother being the only one trying to prevent the family from disintegrating.

Meanwhile, Pantera desperately tries to avoid repeating the mistakes of the past, given how his last kidnapping case ended with one dead girl and zero arrests.

A serial killer is terrorizing the city streets, committing vicious killings with seemingly no motives.

Some of the strange clues left behind by the killer include: each victim wrapped in a piece of discarded paper and urinated upon; valuable rings left on a victim’s mutilated wedding ring finger; the pubic hair of a victim; and a man’s wallet, with all the cash and credit cards still intact.

What could these odd clues possibly mean?

What could be the motive behind the killings, given that rape and robbery have already been ruled out?

When one of his colleagues is attacked by the deranged killer, Pantera will do whatever it takes to stop the killer infamously known as “The Purger”.