Amy Tan is a Chinese-American author of literary fiction novels.

Born in the U.S to immigrant parents, Amy, her mother and younger brother went for a traveling adventure in Europe when she was 15, after losing her older brother and father to brain tumors.

She has previously served as a language development specialist for county-wide programs focusing on developmentally disabled children, as well as a director for a demonstration project bankrolled by the U.S. Department of Education.

Amy has also worked as a freelance business writer for powerhouses such as IBM and AT&T.

She has lectured at universities like Stanford, Oxford, Jagiellonia, Beijing, and Georgetown (both Washington, DC and Doha), spoken at the White House and delivered a TED talk.

A passionate writer, Amy resides in California and New York with her husband and their two dogs. 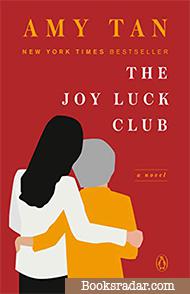 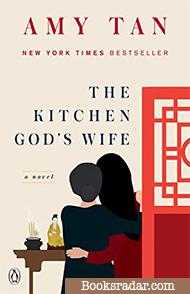 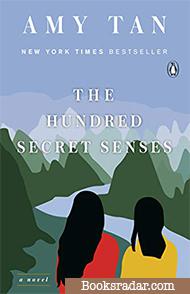 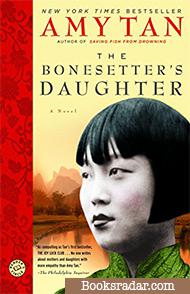 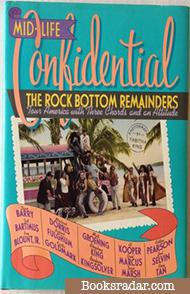 The Opposite of Fate

Hard Listening: The Greatest Rock Band Ever (of Authors) Tells All 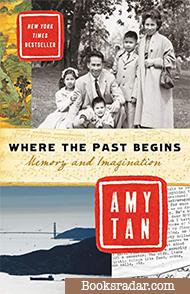 Where the Past Begins
Novellas 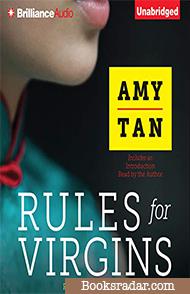 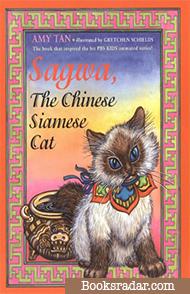 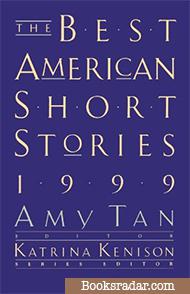 United in shared unspeakable loss and hope, they call themselves the Joy Luck Club. Rather than sink into tragedy, they choose to gather to raise their spirits and money. "To despair was to wish back for something already lost. Or to prolong what was already unbearable." Forty years later the stories and history continue.

With wit and sensitivity, Amy Tan examines the sometimes painful, often tender, and always deep connection between mothers and daughters. As each woman reveals her secrets, trying to unravel the truth about her life, the strings become more tangled, more entwined.

Mothers boast or despair over daughters, and daughters roll their eyes even as they feel the inextricable tightening of their matriarchal ties. Tan is an astute storyteller, enticing readers to immerse themselves into these lives of complexity and mystery.

Winnie and Helen have kept each other's worst secrets for more than fifty years. Now, because she believes she is dying, Helen wants to expose everything. And Winnie angrily determines that she must be the one to tell her daughter, Pearl, about the past—including the terrible truth even Helen does not know.

And so begins Winnie's story of her life on a small island outside Shanghai in the 1920s, and other places in China during World War II, and traces the happy and desperate events that led to Winnie's coming to America in 1949.

Set in San Francisco and in a remote village of Southwestern China, Amy Tan's The Hundred Secret Senses is a tale of American assumptions shaken by Chinese ghosts and broadened with hope. In 1962, five-year-old Olivia meets the half-sister she never knew existed, eighteen-year-old Kwan from China, who sees ghosts with her "yin eyes."

Decades later, Olivia describes her complicated relationship with her sister and her failing marriage, as Kwan reveals her story, sweeping the reader into the splendor and violence of mid-nineteenth century China.

Ruth Young and her widowed mother, LuLing, have always had a tumultuous relationship. Now, before she succumbs to forgetfulness, LuLing gives Ruth some of her writings, which reveal a side of LuLing that Ruth has never known...

In a remote mountain village where ghosts and tradition rule, LuLing grows up in the care of her mute Precious Auntie as the family endures a curse laid upon a relative known as the bonesetter.

When headstrong LuLing rejects the marriage proposal of the coffinmaker, a shocking series of events are set in motion–all of which lead back to Ruth and LuLing in modern San Francisco.

The truth that Ruth learns from her mother’s past will forever change her perception of family, love, and forgiveness.

On an ill-fated art expedition into the southern Shan state of Burma, eleven Americans leave their Floating Island Resort for a Christmas-morning tour and disappear. Through twists of fate, curses, and just plain human error, they find themselves deep in the jungle, where they encounter a tribe awaiting the return of the leader and the mythical book of wisdom that will protect them from the ravages and destruction of the Myanmar military regime.

Saving Fish from Drowning seduces the reader with a fagade of Buddhist illusions, magician's tricks, and light comedy, even as the absurd and picaresque spiral into a gripping morality tale about the consequences of intentions—both good and bad—and about the shared responsibility that individuals must accept for the actions of others.

Spanning more than forty years and two continents, The Valley of Amazement resurrects pivotal episodes in history: from the collapse of China’s last imperial dynasty, to the rise of the Republic, the explosive growth of lucrative foreign trade and anti-foreign sentiment, to the inner workings of courtesan houses and the lives of the foreign “Shanghailanders” living in the International Settlement, both erased by World War II.

A deeply evocative narrative about the profound connections between mothers and daughters, The Valley of Amazement returns readers to the compelling territory of Amy Tan’s The Joy Luck Club. With her characteristic insight and humor, she conjures a story of inherited trauma, desire and deception, and the power and stubbornness of love.

A crazy chronicle, in words and mostly embarrassing pictures, describes a road trip with fifteen of America's most popular writers, who leave their jobs to hit the road--on a bus--as a performing rock and roll band.

Amy Tan has touched millions of readers with haunting and sympathetic novels of cultural complexity and profound empathy.

With the same spirit and humor that characterize her acclaimed novels, she now shares her insight into her own life and how she escaped the curses of her past to make a future of her own. She takes us on a journey from her childhood of tragedy and comedy to the present day and her arrival as one of the world's best-loved novelists.

Whether recalling arguments with her mother in suburban California or introducing us to the ghosts that inhabit her computer, The Opposite of Fate offers vivid portraits of choices, attitudes, charms, and luck in action--a refreshing antidote to the world-weariness and uncertainties we all face today.

Buy now
Like
Hard Listening: The Greatest Rock Band Ever (of Authors) Tells All

In 1992, a cadre of the world’s best selling authors formed a garage band called the Rock Bottom Remainders. For two decades the band played proudly (and terribly) to sold-out crowds across the country and raised more than $2 million dollars for charity.

These renowned authors share the behind-the-scenes, uncensored story of their two decades of friendship, love, writing, and the redemptive power of rock’n’roll. Includes stories, musings, group email exchanges, candid conversations, compromising photographs, and a writing contest in which several of the authors (including Stephen King) wrote a short story in King’s style. Readers get to guess which is the real thing

In Where the Past Begins, bestselling author Amy Tan reveals the ways that our memories and personal experiences can inform our creative work. Drawing on her vivid impressions of her upbringing, Tan investigates the truths and inspirations behind her writing while illuminating how we all explore, confront, and process complex memories, especially half-forgotten ones from childhood.

With candor, empathy, and humor, Tan sheds light on her own writing process, sharing her hard-won insights on the nature of creativity and inspiration while exploring the universal urge to examine truth through the workings of imagination—and what that imaginative world tells us about our own lives.

Where the Past Begins is both a unique look into the mind of an extraordinary storyteller and an indispensable guide for writers, artists, and other creative thinkers.

Enter veteran seducer, Magic Gourd, formerly one of Shanghai’s “Top Ten Beauties” and now the advisor and attendant of Violet, an aspiring but inexperienced courtesan.

Violet may have the youth and the allure, but Magic Gourd has the cunning and the knowledge without which the younger woman is sure to fail. These ancient tricks of the trade aren’t written down, though; to pass them on to her student, Magic Gourd must reach back into her own professional past, bringing her lessons alive with stories and anecdotes from a career spent charming and manipulating men who should have known better but rarely did.

On a rainy afternoon, three sisters wish for the rain to stoop, wish they could play in the puddles, wish for something, anything, to do. So Ying-Ying, their grandmother, tells them a tale from long ago.

On the night of the Moon Festival, when Ying-ying was a little girl, she encountered the Moon Lady, who grants the secret wishes of those who ask, and learned from her that the best wishes are those you can make come true yourself.

A naughty white kitten, Sagwa, comes from a long line of royal Chinese cats. Her mischief changes the spirit of a cruel magistrate and helps shape the future for her ancestors. This beautiful story illustrates why Siamese cats are really Chinese cats and why their faces, ears, paws, and tails turn darker as they grow up

In choosing this year's best American short stories, guest editor Amy Tan found herself drawn to fiction that satisfied her appetite for the magic and mystery she once loved as a child, when she was addicted to fairy tales. The result is a vibrant collection in which truth and fantasy coexist in new works by writers such as Rick Bass, Annie Proulx, Lorrie Moore, and Pam Houston, as well as in startlingly accomplished stories by new writers. The Best American Short Stories is the only volume that annually offers the finest works chosen by a distinguished best-selling author.