Jake Tapper is an American award-winning journalist,cartoonist, and author of mystery, thriller and non-fiction books.

He currently works as CNN anchor and chief Washington correspondent, having joined the network in 2013.

Tapper presently hosts a one-hour weekday program, The Lead with Jake Tapper, since its debut in 2013, and has also hosted -CNN's Sunday morning show, State of the Union, since 2015.

An esteemed and accomplished Washington reporter with over 14 years experience, Tapper’s book, The Outpost: An Untold Story of American Valor, made it to the top 10 on the New York Times bestseller list. It was even adapted into a 2020 film, The Outpost, starring Scott Eastwood and Caleb Landry Jones.

Tapper currently lives in Washington, D.C., with his wife, and two children. 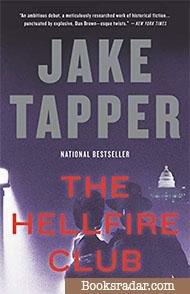 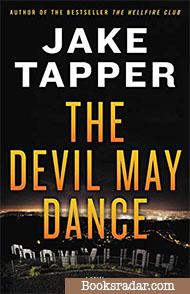 The Devil May Dance
Non-fiction 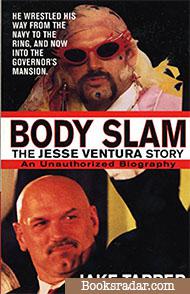 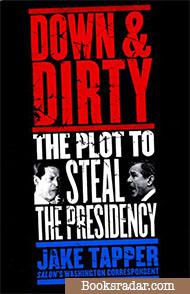 Down Dirty: The Plot to Steal the Presidency 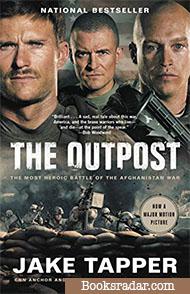 The Outpost: An Untold Story of American Valor

Charlie Marder is an unlikely Congressman. Thrust into office by his family ties after his predecessor died mysteriously, Charlie is struggling to navigate the dangerous waters of 1950s Washington, DC, alongside his young wife Margaret, a zoologist with ambitions of her own.

Amid the swirl of glamorous and powerful political leaders and deal makers, a mysterious fatal car accident thrusts Charlie and Margaret into an underworld of backroom deals, secret societies, and a plot that could change the course of history.

When Charlie discovers a conspiracy that reaches the highest levels of governance, he has to fight not only for his principles and his newfound political career...but for his life.

Charlie and Margaret Marder, political stars in 1960s Washington DC, know all too well how the tangled web of power in the nation's capital can operate. But while they long to settle into the comforts of home, Attorney General Robert Kennedy has other plans. He needs them to look into a potential threat not only to the presidency, but to the security of the United States itself.

Charlie and Margaret quickly find themselves on a flight to sunny Los Angeles, where they’ll face off against a dazzling world of stars and studios. At the center of their investigation is Frank Sinatra, a close friend of President John F. Kennedy and a rumored mob crony, whom Charlie and Margaret must befriend to get the inside scoop. But in a town built on illusions, where friends and foes all look alike, nothing is easy, and drinks by the pool at the Sands and late-night adventures with the Rat Pack soon lead to a body in the trunk of their car.

Before they know it, Charlie and Margaret are being pursued by sinister forces from Hollywood’s stages to the newly founded Church of Scientology, facing off against the darkest and most secret side of Hollywood’s power.

As the Academy Awards loom, and someone near and dear to Margaret goes missing, Charlie and Margaret find the clock is not only ticking but running out. Someone out there knows what they’ve uncovered and can’t let them leave alive.

In every arena, Jesse Ventura put a headlock on the competition. From his Navy SEAL days, to his infamous wrestling years, to his stunning political victory, read the story of the Body, a man who truly embodies the American Dream.

How did an outrageous, outspoken, boa-wearing pro wrestler nab the title of Minnesota's governor in an overwhelming upset? This is the question the nation is asking--and Washington journalist Jake Tapper provides the fascinating answers in Body Slam: The Jesse Ventura Story.

Get the real story on:

-His lengthy career in the pro wrestling field--from flamboyant pro wrestler to colorful commentator--including his feuds with Hulk Hogan and Vince McMahon Jr.

-Ventura's acting stints, including a part in the film Predator

-His rise through the ranks of politics, from mayor to governor--and maybe beyond

-Ventura's political vision--what he sees for Minnesota and the country

-And much, much more!

The Body Politic Will Never Be the Same.

Buy now
Like
Down Dirty: The Plot to Steal the Presidency

Acclaimed journalist Jake Tapper explains what actually happened, who got away with what and how both sides, Democrats and Republicans, plotted to steal the presidency in 2000.

Buy now
Like
The Outpost: An Untold Story of American Valor

The basis of the film starring Orlando Bloom and Scott Eastwood, The Outpost is the heartbreaking and inspiring story of one of America's deadliest battles during the war in Afghanistan, acclaimed by critics everywhere as a classic.

At 5:58 AM on October 3rd, 2009, Combat Outpost Keating, located in frighteningly vulnerable terrain in Afghanistan just 14 miles from the Pakistani border, was viciously attacked. Though the 53 Americans there prevailed against nearly 400 Taliban fighters, their casualties made it the deadliest fight of the war for the U.S. that year. Four months after the battle, a Pentagon review revealed that there was no reason for the troops at Keating to have been there in the first place.

In The Outpost, Jake Tapper gives us the powerful saga of COP Keating, from its establishment to eventual destruction, introducing us to an unforgettable cast of soldiers and their families, and to a place and war that has remained profoundly distant to most Americans. A runaway bestseller, it makes a savage war real, and American courage manifest.