J. Randy Taraborrelli is an American journalist and a New York Times bestseller biographer of 15 of his 20 books.

He has documented about several entertainment and political figures such as Beyoncé, Michael Jackson, Madonna, Diana Ross, Marilyn Monroe, the Kennedy family and the Hilton family among others.

His book, After Camelot, was adopted into a successful miniseries in 2016, similar to The Secret Life of Marilyn Monroe (2014) and Jackie Ethel Joan – Women of Camelot (2001).

Taraborrelli loves martial arts and even holds a black belt in American Tang Soo Do and a blue belt in Gracie Jiu Jitsu. 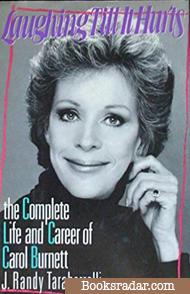 Laughing Till It Hurts: The Complete Life and Career of Carol Burnett 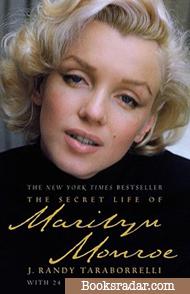 The Secret Life of Marilyn Monroe 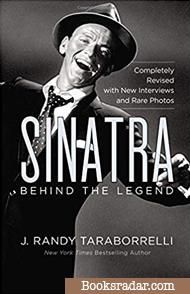 Sinatra: Behind the Legend 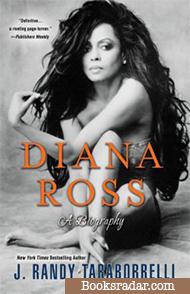 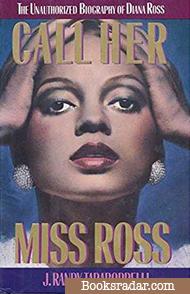 Call Her Miss Ross: The Unauthorised Biography of Diana Ross 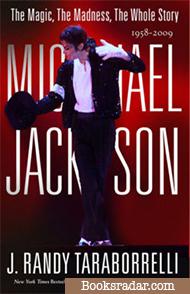 Michael Jackson: The Magic, The Madness, The Whole Story 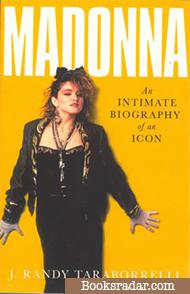 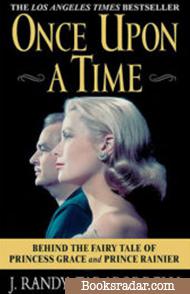 Once Upon a Time: Behind the Fairytale of Princess Grace and Prince Rainier 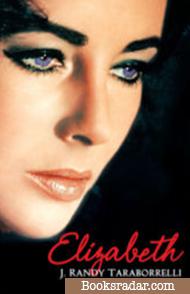 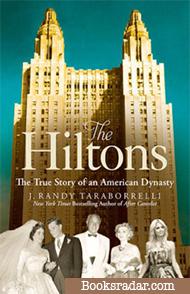 The Hiltons: The True Story of an American Dynasty 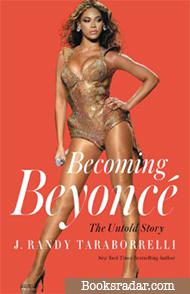 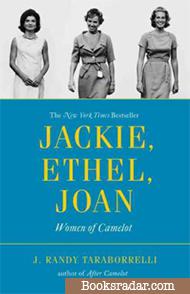 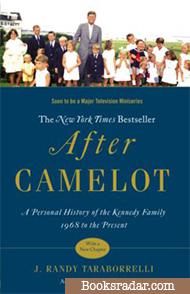 After Camelot: A Personal History of the Kennedy Family 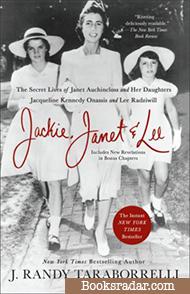 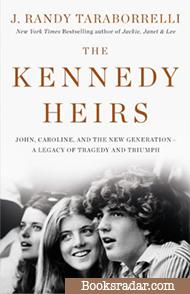 The Kennedy Heirs: John, Caroline, and the New Generation - A Legacy of Triumph and Tragedy

Laughing Till It Hurts: The Complete Life and Career of Carol Burnett

Buy now
Like
Laughing Till It Hurts: The Complete Life and Career of Carol Burnett

The Carol Burnett Show kept millions of viewers laughing for slightly more than a decade.

This extensive book picks up from where Burnett's autobiography left things off, providing more forecast into the history and dynamics of the show.

It also delves deeper into Burnett's two marriages, her film roles, and her friendships and associations with other celebrities in entertainment.

The Secret Life of Marilyn Monroe

When Marilyn Monroe’s star rose to fame in the 1950s, many were made to believe that her mother was either dead or perhaps no longer part of her life. That however couldn’t be further from the truth.

In fact, her mentally ill mother was an ever-present figure in Marilyn's world, albeit in such a way that the complex family dynamic that took center stage behind the curtains was kept a closely guarded secret—until now.

This Biography tells the extensive story of; her mother, her foster mother, her legal guardian, her father, her half-brother she didn’t know about, and her own mental illness.

Sinatra: Behind the Legend

Buy now
1
Sinatra: Behind the Legend

What could the legendary Frank Sinatra and flawed diamond have in common? Both are dazzling on the outside but full of imperfections below the surface.

Through this book, fans of this larger than life figure will learn of his the private life of this sophisticated and emotional man; a life full of sex, danger, inspiration and show-business politics.

This Biography also looks at the singer’s toxic relationships, his connections to the Mafia and his friendship with the Kennedys.

Inspired by interviews upon hundreds conducted over four decades, the story of Diana Ross paints a vivid picture of an exceptional yet controversial woman; one who was not only a pop star goddess, but also a celebrated actress, a caring mother, a Civil Rights activist and a downright entertainer.

This Biography, which has been updated with new chapters, not covers major events in the life of Diana Ross, like the presentation of her Kennedy Center Honor in 2007.

Stunning and captivating, she is her own creation, and the ultimate definition of a superstar.

Call Her Miss Ross: The Unauthorised Biography of Diana Ross

This is a documentation of life of the Motown superstar Diana Ross, based on several interviews.

This classic, published in 1989, is authored by J. Randy Taraborrelli who actually began by working for the Supremes as a youngster in his hometown of Morton, Pennsylvania.

Having graduated from high school in Los Angeles, California, the author made good use of his Motown connections to work on the first ever biography of Diana Ross.

This explosive record—that came about thanks to interviews by friends, family members, Motown stars and Diana Ross herself—looks back at her public triumphs and private failures.

Michael Jackson: The Magic, The Madness, The Whole Story

When it comes to Michael Jackson, so much has been said, just as much as it has been written, about his life story and career that separating the man from the myth borders on the impossible.

This Biography has been written following extensive research conducted over 30 years, with exclusive access to the inner circles of the Jackson family—including Michael himself.

From his legal and commercial battles to his marriages to Lisa Marie Presley and Debbie Rowe; from his passions and addictions to his children, this is the story of how a child star transformed into the most iconic pop star figure in history.

This Biography is an explosive account of the life of quite rightly one of the most popular entertainers of all time.

Whereas other books about Madonna have been based on previously published content, this work by J. Randy Taraborrelli is the overwhelming outcome of a decade of research that includes exclusive interviews with close friends, business associates, and even Silvio—Madonna’s own father.

With the interviews conducted by the author himself, this isn’t just plain gossip, but rather the true story of Madonna.

By far the author’s biggest-selling book, one that has been translated into twelve different languages, the new 2019 edition focuses on Madonna's private life.

Once Upon a Time: Behind the Fairytale of Princess Grace and Prince Rainier

Buy now
2
Once Upon a Time: Behind the Fairytale of Princess Grace and Prince Rainier

“What would you say if you were in a position to speak with the person you were twenty years ago?”

This is the story of Grace Kelly, a woman who gave up a high flying Academy Award-winning career in order to marry Prince Rainier of Monaco—a man she barely knew.

Carried away by the idea of becoming royalty, Grace Kelly let fantasy take charge; a decision that proved to be the greatest undoing of her life.

But tragedy can sometimes present an opportunity for triumph. Offering details into the life of Grace Kelly, this is a story of missed opportunities, consequences that accompany choices, the lust for freedom and the ultimate resilience it takes to become one of the greatest princesses of all time.

Elizabeth Taylor has been part of the lives of many Americans for more than sixty years. An icon and a trailblazer, she has been famous and infamous ever since she was a child.

This Biography looks into the life of Elizabeth Taylor’s family: from her clever and controlling mother who began scheming about her daughter’s success from the moment she was born, to her withdrawn father who had a complicated relationship with his daughter.

Breathing life into the characters that saw her rise to fame in Hollywood during the1940s, best-selling author J. Randy Taraborrelli reveals the qualities that made her a star.

This is the story of Elizabeth, from the child to the ultimate woman—far beyond the tabloids.

The Hiltons: The True Story of an American Dynasty

Buy now
1
The Hiltons: The True Story of an American Dynasty

This is the true family story of the Hiltons, documented from start to finish for the first time ever.

It is one of success and excellence, crafted by the visionary Conrad Hilton whose unwavering determination set the gold standard for the modern luxury hotel industry.

His international portfolio included the affluent likes of the Waldorf-Astoria and The Plaza in New York; The Beverly-Hilton in Los Angeles; the Nile Hilton in Cairo and the Hilton Hotel in Rome, just to mention a few.

A mogul and a business magnate, his sphere of influence spread beyond the hotel industry.

But beyond the walls of the boardroom, however, is the tale of emotional detachment, failed marriages, issues with Catholicism and children overshadowed by their father’s success.

"What does it take to become one of the most powerful artists in the world?"

Beyoncé has sold over 250 million records, as both a member of Destiny’s Child and as a solo artist, yet very little is known about her---until now!

Ever since she was eight years old, Beyoncé Giselle Knowles knew who, and what, she wanted to become.

Although she was driven, ambitious and impressively talented, it takes much more than that to become a superstar.

From a pageant show winner to a girl group singer, from a vocalist to an actress, wife and mother, this is the story of Beyoncé.

This biography also contains details of how her parents gave up everything to transform her into a global superstar, and her personal life with Jay Z.

The story however won’t be without its fair share of the darker side.

A lot has been documented about the Kennedy family over the years, but none comes as close as Jackie Ethel Joan.

This is a compelling account of the Kennedy wives composed following years of extensive research that includes interviews with close family members, secret FBI documents never been released before, rich oral histories from the JFK and LBJ Libraries and taped conversations involving the wives themselves.

It also looks at an impressive forty years of cordial correspondence between Jackie and Lady Bird Johnson—her friend and mentor.

Together they had to go through vigorous media scrutiny, infidelities, triumphs and tragedies and much like sisters, they would comfort and encourage, and sometimes accuse and attack.

There is a lot that is only being revealed for the first time, specifically for this project.

After Camelot: A Personal History of the Kennedy Family

Buy now
1
After Camelot: A Personal History of the Kennedy Family

Americans have for the longest time been fascinated by the Kennedys, from their happiness and heartbreak, to their tragedy and triumph, and the dark side.

This Biography looks at the struggles faced by Bobby's children as they transformed into adulthood; Eunice and Sargent Shriver's notable philanthropic work; the sudden death of JFK JR and the life of his sister Caroline—based on extensive research and hundreds of exclusive interviews.

Jacqueline Bouvier married John F. Kennedy, and the rest as they say is history.

But if the story of her second marriage to Aristotle Onassis, a Greek shipping magnate, is relatively unknown, then even less is known of her love affair with a world renowned architect and a British peer.

Lee, her sister, had liaisons with one if not both of Jackie's husbands—not to mention her own three marriages to an illegitimate royal, a Polish prince and a Hollywood director.

The Bouvier women were the living embodiment of beauty, but their insatiable love for wealth and status drove them to seek out powerful men, regardless of the cost.

This is the tale of two famous sisters and their incredibly ambitious mother.

The Kennedy Heirs: John, Caroline, and the New Generation - A Legacy of Triumph and Tragedy

Buy now
2
The Kennedy Heirs: John, Caroline, and the New Generation - A Legacy of Triumph and Tragedy

One can only imagine the incredible burden carried by the children of President John Fitzgerald Kennedy and his siblings, Senators Robert and Ted Kennedy.

Brought up in a world of immense wealth and privilege, constantly reminded of their heritage and rich American history that they are part of, the lives of these third generation of Kennedys often veered between tragedy and triumph.

In this explosive new book, celebrated Kennedy historian J. Randy Taraborrelli once again offers extensive insight into America’s most famous family, but this time round with the next generation.

This is the story of the Kennedy Heirs.