E. L. Tenenbaum is an avid author and writer whose passion for stories—regardless of their different shapes and sizes—led to a degree in journalism, a spell as a script reader, and a few runs as a writer/ director for community musical theater.

In Tenenbaum’s own words, “A bookstore is really the happiest place on earth!”

End of Ever After 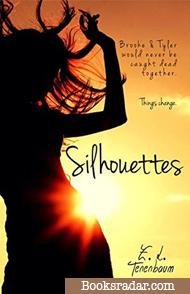 Silhouettes
End of Ever After 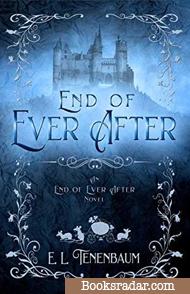 End of Ever After: A Cinderella Retelling 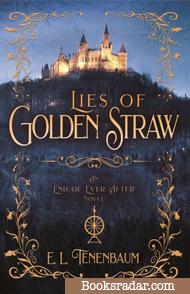 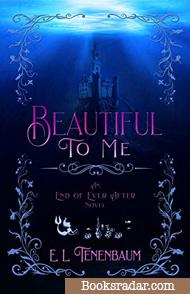 Beautiful To Me: A Little Mermaid Retelling 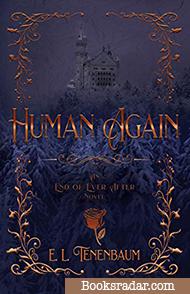 Human Again: A Beauty and the Beast Retelling 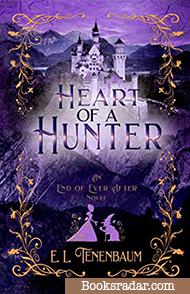 Heart of a Hunter: A Snow White Retelling
The Sapphire Legend 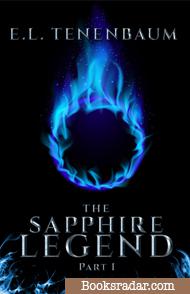 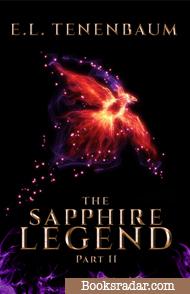 Brooke has just been killed in a horrific accident, but a part of her is still here. Seeking for answers, she embarks on a mission to retrace her life, and soon meets Tyler—someone similar to her kind.

Having given Tyler a chance, something she never did when the both of them were live, they together visit familiar people and places in their small beach town, developing a mutual, grudging respect as they learn to view life in different and unexpected ways.

But when Tyler decides it’s time let go of their pasts, Brooke isn’t quite ready to say goodbye just yet, as she watches the devastating impact of her death on her loved ones.

How is she to let go of a life she has barely begun to live?

End of Ever After

End of Ever After: A Cinderella Retelling

Buy now
2
End of Ever After: A Cinderella Retelling

When Ella received the invitation to the prince's ball, the last thing she expected was to turn the prince's head—let alone run off with his heart.

But five years later, she is the queen, and people call her CinderElla. Ignored and demeaned for most of her life, Ella can hardly believe her change of fortune.

She however, in the same vein, cannot anticipate what is to follow: the lies, the betrayal, not even the truth about her handsome Prince Charming.

Ella thus becomes desperate to find out how everything went horribly wrong, and what she can do to get back her ever after.

When Millie is locked, by the king, in an empty room with a spindle and straw, she is convinced she's about to pay the ultimate price for her father's lie. But just when all hope is seemingly lost, a mysterious little man appears, offering to complete the task for a small price. Desperate, she agrees to the simple yet odd deal; one that marks the beginning of her rise from simple miller's daughter to a queen.

Years later, just when it looks as though the deal is long forgotten, the birth of her first child ushers the return of the little man.

Millie must now struggle to find a way out of her deal with the mysterious little man before the king discovers the truth—leading to the loss her son forever!

Beautiful To Me: A Little Mermaid Retelling

Buy now
2
Beautiful To Me: A Little Mermaid Retelling

In the magical underwater kingdom, Princess Sienna is the most stunning and most precious of King Trident's daughters. She is given everything she could ever want, and the entire Merdom favors her.

Despite all this, Sienna does the inconceivable just a few days after her fifteenth birthday. Striking a deal with the sea witch, she exchanges her tongue and tail for a pair of legs and an opportunity to live a human life.
Merdom is, to say the least, shocked and disappointed by her betrayal.

Ariel, Sienna's sister, has always felt invisible having grown up in her sister’s shadow.

That’s why she willingly accepts the sea witch’s request to go after Sienna and bring her back home—unnoticed.

But things will never be the same again from the moment she sets foot on land.

Human Again: A Beauty and the Beast Retelling

Buy now
2
Human Again: A Beauty and the Beast Retelling

Prince Azahr suddenly finds himself as the future heir to the throne following the sudden death of his older brother Adlard.

Frustrated by the fact that he’ll never be as good as his older brother despite his efforts, a dark void created by frustration and anger builds in him.

And when he declines hospitality to a faery on the eve of his eighteenth birthday, Azahr is condemned with a curse; unleashing the beast that was born in the void.

Exiled from his home, he shelters in a neglected corner of the kingdom where Kiara eventually finds him.

Will he however maintain composure long enough for Kiara to see the man he could potentially be?

Heart of a Hunter: A Snow White Retelling

Buy now
4
Heart of a Hunter: A Snow White Retelling

All his life, Daimyon has been brought up with the sole purpose of serving his queen and kingdom as an elite Huntsman.

Tutored for the role by his father, Daimyon ends up becoming the youngest Huntsman in history.

So when he is one day ordered by his queen to execute a traitor to the crown, Daimyon expects his mission to be swift without any form of challenge.

All that however changes when he discovers the truth about the identity of his target.

Sparing her life however comes at a cost, as the Huntsman finds himself running away from the same queen he was destined to serve.

Will Daimyon fight for the queen he vowed to serve or the princess who made him forget his vow?

In Sapere’s tribe, select families are blessed with a gift that is passed from father to son, generation to generation. Something however went horribly wrong when she was born, and she now has her family's gift, when she essentially shouldn't.

When her village is ambushed on the eve of her wedding, the survivors flee to the Wild with the hope of seeking refuge—albeit in a dangerous place filled with deadly predators.

Out there, Sapere feels like an outsider: unable to fit into the old way, unaccepted by the new, and afraid of being shunned by both. Can she overcome the very nature of her birth and mold her own future, or will she forever be bound by the anomaly that makes her different?

It’s been months since the destruction of Sapere’s village forced the survivors to flee into the Wild—where her secret was discovered. Surviving the attack, the flood, and the Wild itself is indicative of just how much stronger they have grown as a people; even becoming comfortable...perhaps too comfortable.

Convinced that they must find the last of the Oro tribes and warn them in time about the impending Pliz danger, Sapere and Venatore take to scouring the Wild for the Great Blue Waters.

But Sapere’s gift and position on Council is an anomalous break from tradition, one that their sister tribe won't accept.

Will leaving the familiarity of the Wild bring more harm than good? What if those who lived through the first attack don't live to tell about the second?