Christer Tholin is a crime writer and author of the Stockholm Sleuth Series.

Having grown up in Schleswig-Holstein, the northernmost state in Germany, Tholin went on to study Biology before working in the pharmaceutical industry across European for two-and-a-half decades.

Christer has always been a fan of crime stories, and he for the longest time desired to create works of his own—with the characters acting in Sweden.

This eventually came into fruition in 2015 when the devoted his time to write "Vanished?" his first book which marked the start of the Stockholm Sleuth Series.

Tholin currently lives with his family in Stockholm, Sweden, where he runs his own company as a management consultant. 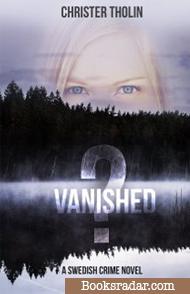 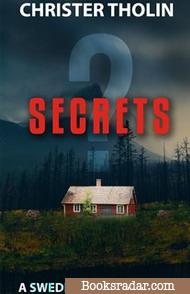 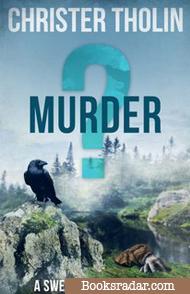 “He could only hope he’d get out of here in one piece.”

She is a stunning Swedish woman in her thirties while he is just a Berlin native, on vacation in the rural part of Sweden as he seeks serenity for his shattered heart.

When the two cross paths, he is completely blow away by her. They however don’t get the chance to forge their relationship, as the woman mysteriously vanishes—with everything pointing towards a possible abduction.

Martin, alongside two Swedish detectives, set out on a mission across Sweden to rescue Liv from her kidnappers, thereby putting their own lives in grave danger.

The first of the Stockholm Sleuth Series characterized by intense suspense and unexpected twists, VANISHED? marks the meeting point of private investigators, Elin and Lars.

"Damn! She’d made a big mistake. There was no way she could get out of here, and they were going to kill her."

Determine whether her client’s boyfriend is having an affair with another woman. The case sounded simple enough when private investigator Elin Bohlander took on the assignment, until she follows the man to a hidden cabin in the woods.

What she discovers will be beyond her wildest imagination. But it’s too late. She is far too deep and can’t turn her back.

Now that Elin has stirred up a hornet's nest, will she be able to fight back? Fight back against a gang of atrocious child molesters?

"She just wanted it all to be over - only no pain anymore."

Christina’s blissful marriage comes to a resounding halt when her husband, Patrik, mysteriously disappears from their suburban home in Stockholm.

Desperate after a staggering six weeks of endlessly searching with no luck, she calls for the services of local sleuths Lars and Elin. After a brief investigation into the case, it becomes apparent that Patrik simply abandoned his seemingly idyllic life for a new one; a life without Christina.

When Lars and Elin eventually trace Patrik to the northern part of Sweden, they are shocked to find him dead.

The police insist his death was an accident but Christina suspects foul play. Just when they seem on the verge of a groundbreaking discovery in their investigation, Christina makes a highly impulsive decision; plunging the three protagonists in serious danger.