Born in East Sussex and raised in rural Gloucestershire, Francesca relocated to Salisbury after she completed her degree in English Literature.

She is currently based in Salisbury where she plies her trade as a freelance content writer, editor and tutor.

Francesca, who is also passionate about poetry, has so far published two novels, namely The Firestone and The Seastone–the first and second installment of The Elemental Prophesy Series respectively.

Set in a coexisting world, the series was inspired by everything that is mythical and magical.

Francesca published her debut novel at the age of twenty-two. 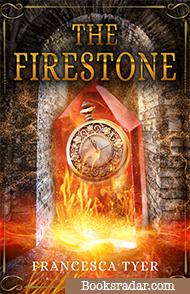 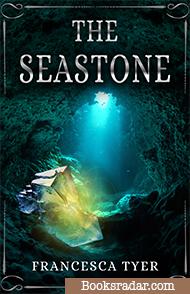 "In the early hours, just after midnight, a power cut strikes and in an abandoned street, a broken clock starts ticking..."

James Fynch doesn't believe in magic until his discovery of a coexisting world changes his destiny. The barrier between this world and his own hasn’t been broken for centuries, but with dark forces rising, it is more fragile than ever before.

In this magical world, fourteen-year-old James becomes bound to a quest for the firestone, one of four mythical crystals able to destroy the darkness. Along with friends Will, Arthur and Aralia, he begins a dangerous journey, soon becoming an enemy of the dark and of the law.

Although James struggles to believe in magic, he must find the firestone before the darkness consumes both worlds.

“No tale is ever complete. Stories go on forever and it is only we who end them.”

Several months have passed since James Fynch returned to his world, but not day goes by when he doesn't think about his extraordinary adventure. With the gold clock ticking more persistently than before, he knows that time is running out.

Turning the dials of the clock, he finds himself once again in Arissel. Reunited with Will, Arthur and Aralia, the quest for Arvad’s crystals begins again. The task ahead is daunting and the companions must use every skill they possess to fight against the rising darkness.

James is determined to protect his world, but soon realizes there is nowhere to hide. Danger lurks everywhere, but the journey is far from over. Following nothing but a myth about the mystical island of Arvora, they face enslavement and death in their race to find the seastone...