Born to expatriate parents in Calcutta India, Stephen W. Ayers is the author of The Jordan Kline Thriller Trilogy.

Stephen has managed hotels in England, Israel, South Africa, Canada and most recently in Cyprus; with the highlight being his service at the David's Citadel Hotel in Jerusalem Stephen where he, as the General Manager, hosted many foreign Presidents such as President Vladimir Putin of Russia and President Sakaashvili of Georgia.

He began writing after being encouraged by his wife, Mali, whom he met in 1975 while working at Ramada. 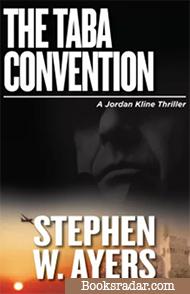 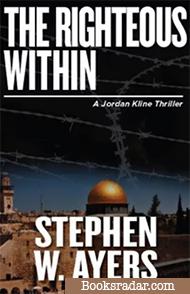 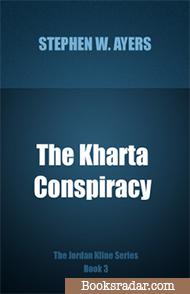 Jordan Kline resigns to take up hotel management studies after being discouraged by the continued killing in the Mossad agency.

Currently serving as the General Manager of the Sands Eilat hotel in the Red Sea resort town, Jordan seems to be enjoying life with his girlfriend, Irit.

But while on his way back from a business trip to Tel Aviv, he witnesses the assassination of an ex colleague; with the last words of the dying man threatening to haul him back into the violent world he swore never to return to.

From unearthing a deadly conspiracy, to becoming the most wanted man in Israel, to evading killers whose identity remains a mystery, Jordan must get to the bottom of things before the historic date of The Taba Convention.

The year is 1945. As the Third Reich crumbles and Berlin turns to ashes, a group of hardcore Nazis carefully plan for revenge following their humiliating defeat in the Second World War.

Several years later, the State of Israel develops into a modern and lively nation, but is everything rosy within the Jewish state?

When the Deputy Director of the nuclear plant in Dimona is found murdered during a conference at the Sands Tel Aviv hotel, the only clues left behind are a swastika and four letters despairingly scribbled on a bathroom mirror.

Jordan Kline, an ex Mossad agent and now manager of the hotel, reluctantly finds himself entwined in a world he had already turned his back on due to the extremely violent nature in the agency.

He unfurls a conspiracy created by Nazis long in their graves; one that threatens to wipe Israel off the face off the earth.

With the clock ticking, Jordan embarks on this perilous mission where he will encounter enemies determined to destroy both him and Israel!

“There is an International conspiracy to assassinate the president of the Unites States!”

It’s the spring of 2009 and Jordan Kline is living his best life.

The ex Mossad agent turned General Manager of the flagship Sands hotel in Tel Aviv has been blissfully married to Irit for three years, and together they have a one year old daughter, Noah.

Jordan is however reluctantly drawn back into the violent world he long forgot about when a CIA agent in Iran takes photos of two Kharta Brotherhood Rabbis in front of the Iranian security ministry in Teheran.

The two Kharta Brotherhood Rabbis, who are part of an ultra orthodox Jewish offshoot of the Neturei Karta in Jerusalem, were suspiciously in the company of Hamas, Hezbollah and Taliban commanders and terrorists.

Jordan and Irit unearth a dreadful ploy to not only wreak havoc in cities across the United States and Canada, but also assassinate the President.

With the terrorists explicitly warning that the President will die by his own hand, will Jordan and Irit be able to find and stop them before it’s too late?

More details to come once the author officially releases the book!!