Claire Wallis is an American author of suspense and contemporary romance novels.

Prior to becoming an author, Claire worked at a limestone quarry, hawked vegetables at a farmer’s market, clerked at the dollar store, and persuaded new mothers that they simply couldn't do without renewing their subscription of that parenting magazine.

Claire has over the last decade written hundreds of magazine and newspaper articles, with the vast majority being science-based.

Although non-fiction is her first love, fiction writing came along and swept Claire off her feet. As such, it remains to be her biggest passion.

She currently lives in Pennsylvania with her beloved husband and lovely son. 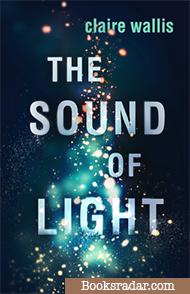 The Sound of Light
Push 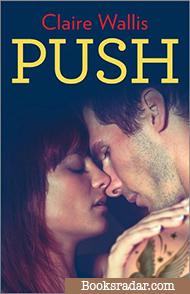 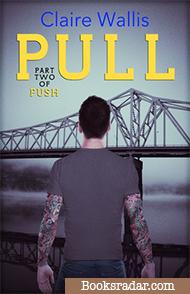 The Sound of Light

My littlest girl has always been a bit peculiar. It was nothing I could ever put a finger on, but I always knew there was something inside her that made her a different kind of special. A deeper kind.

K'acy's got a light around her, one that'll just about knock you over, especially if you don't see her coming. She's got music in her soul, too. Deep, resonating music that echoes and hums, just like the notes that come from the bass guitar she's had attached to her hip since the day she turned thirteen years old.

She's got a hell of a secret, yes, but she does what she's got to do to make it one worth having. She takes care of people. She changes their stories. I spent my life telling both of my girls that you always gotta do what's right, even when it hurts, and it makes me proud to know she was listening.

I saw the way she looked at that boy on the day they met, and I knew right then that things were going to change. Two different people from two different worlds is nothing but a recipe for heartbreak, and when the lies pile higher and higher, it can change a person into something they're not.

It took me dying all those years ago to finally figure out just exactly how special my K'acy really is, and even though I'm not with her anymore, I don't want that boy and his family to change her. I want her to keep doing what's right, even when it hurts.

"I feel like I am wrapped in a cyclone. Everything is whirling around me, drawing the air out of my lungs and filling me with the best kind of turmoil. Every time his tongue slides against mine, a prickle in my gut tells me how right we are together. How much I need David. How much I need us. I hope the cyclone never stops."

Emma Searfoss has spent a lifetime trying to escape her abusive stepfather. It's why she moved far away from home. It's why she's kept no ties with her remaining family. And it's why she's got a major rage problem. When her neighbor shows up to fix the kitchen in her new apartment, his enigmatic charm calms the fire in her. David is cool and collected, and he makes Emma feel safe for the first time ever. But David has his own chilling past—his six previous girlfriends have all disappeared without a trace. Emma's walking a dangerous line, but David's pull is intoxicating. And impossible to resist…

"It is impossible for someone like me—someone with a sin-list capable of wrapping itself around the world—to find redemption. To be repaired."

David Calgaro has secrets, and the only woman he's ever loved is about to pay the ultimate price to protect them. He's spent a lifetime searching for purpose and control. And the only place he's managed to find them is in a single, perfect moment; a moment in which he has absolute control over someone else's life.

David is unredeemable, unfixable, unsalvageable. But Emma Searfoss has forced a tiny sliver of hope to penetrate his soul. Hope that, even though redemption is impossible, maybe life isn't. Maybe he isn't who he thought he was. Maybe he's meant to be more.