Penny Watson is an American botanist and award-winning author of comic romance and quirky fiction.

Born in Pittsburgh, Pennsylvania, she holds an A.B. from Vassar College and an M.S. in plant taxonomy and horticultural science from Cornell University.

Her scientific publications have appeared in journals and textbooks, and Penny has also conducted research at the Marine Biological Laboratory in Woods Hole, Massachusetts.

Penny’s book, A Taste of Heaven, won the 2016 National Excellence in Romance Fiction Award, while Apples Should Be Red (2014) was a finalist for the CoRWA Award of Excellence.

She has also written a children's book under the pseudonym, Nina Clark.

Penny currently lives in Rhode Island with her Filipino-American husband and her children, who are adopted from the Philippines.

She is addicted to dachshunds, and attends the Westminster Kennel Club Dog Show in New York City at every opportunity. 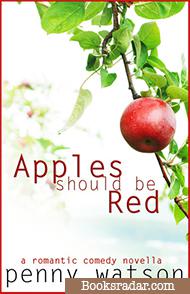 Apples Should Be Red 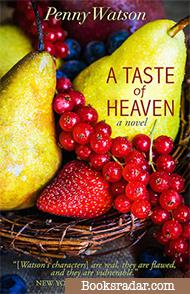 A Taste of Heaven
Klaus Brothers 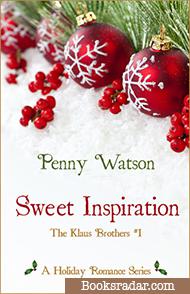 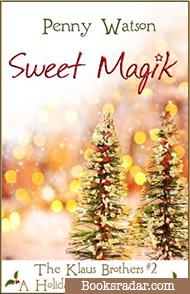 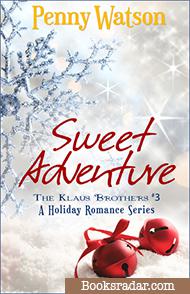 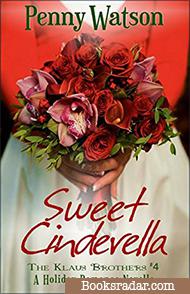 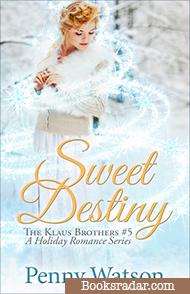 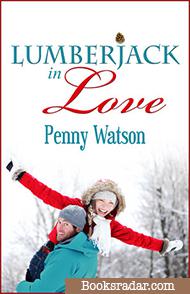 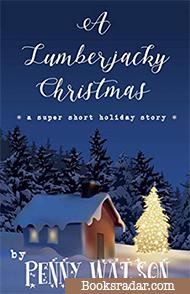 Apples Should Be Red

Throw in a beer can-turkey, a battle for horticultural supremacy, and nudist next-door neighbor.

Good little widow Sophia Brown always follows the rules. When the producer of a cooking competition requests an amuse-bouche, the chefs stick with proteins. Sauces. A savory concoction. She has only one shot to impress the judges on A Taste of Heaven. But in a moment of defiance, she creates an extraordinary dessert, one that combines both the bitter and the sweet, just like her own life.

"That one bite changes everything."

After a year grieving for her dead husband, forty-seven-year-old Sophia is finally ready to break out of her shell. Unfortunately, there is a large, angry obstacle standing in her way. Scottish chef Elliott Adamson has a chip on his shoulder the size of Loch Ness, and he’s blocking her path to victory.

Spurred by her daughters, she embarks on a poignant adventure that takes her from the wildflower fields of Vermont to the wind-swept vista of North Berwick, Scotland. Fear, courage, and inspiration from unlikely places will mark this journey, and Sophia is determined to persevere until the very end.

"What if the legend of Santa Claus is in fact, true? What if Santa has five big strapping sons who help him run his empire? Five single, sexy sons looking for romance..."

Nicholas Klaus is a master pastry chef, a strict disciplinarian, and the eldest son of the legendary Santa Claus. One look at café owner Lucy Brewster sends him into an unexpected tailspin of lusty desires. When Lucy is injured, Nicholas makes a decision that catapults both of their lives into turmoil.

Lucy Brewster, the free-spirited proprietor of Sweet Inspiration, has a flair for concocting sugary confections but no time for adventure. She gets more than she bargained for when she awakens in the North Pole...rambunctious elves, a fitness-obsessed Santa, and the man of her dreams. Does she have what it takes to become the next Mrs. Klaus?

Oskar Klaus' job is killing him. Not even his favorite hobbies (extreme snowboarding and browsing old bookstores) are enough to snap him out of his funk. It's not easy living in the shadow of four successful older brothers and a father named Santa. Little does he know that a kiss on New Year's Eve is about to turn his life upside-down.

Kiana Grant's Manhattan life is a world away from her childhood in Oahu. She traded sunsets and surfing for a respectable career in library science, but Oskar Klaus is a temptation that's hard to resist. Before she knows it, she's in the midst of an outrageous adventure in the North Pole, dealing with mischievous elves, wicked demons, and a devastating attraction to Santa's youngest son.

There's just one problem…a bitter elf hell-bent on revenge threatens the future of everyone in the North Pole, even Santa himself…

Sven Klaus, Chief Toy Designer for Klaus Enterprises, will protect his family at any cost. He’s prepared to battle the most threatening adversaries to do it—frost flowers, snowstorms, Yeti. And beautiful tenacious tabloid journalists.

Andi De Luca’s reporting career is built on lies—about corrupt politicians, greedy Hollywood stars, and Bigfoot. Now she’s determined to uncover the truth about Klaus Enterprises, and she always gets her story. Even if it means revealing her own secret desires to Santa’s son.

After all the lies and deception are exposed, will Andi and Sven survive this North Pole adventure? Or will YETI MAKE THEM DEADY?

Hannah De Luca Andersen has been battered by the worst year ever, but even that can’t squash her love of the holiday season. She has one night to forget life’s hardships and enjoy the magic of an elegant Christmas gala. If she’s really lucky, maybe a handsome prince will ask her to dance.

Gregor Klaus, Director of Finance for Klaus Enterprises, has completely lost his Christmas spirit. One look at Hannah thaws his icy demeanor and gives him a new sense of purpose. If he can only figure out the key to Hannah’s heart, he might have the best Christmas of his life.

But one night isn’t enough for Gregor Klaus. He won’t be satisfied with anything less than forever.

Wolfgang Reinhard Klaus, Director of Charitable Donations for the family business, is the last unmarried Klaus brother. While his four siblings have fallen in love and started their unconventional families, Wolfgang has been crushed by his heart-breaking obligations. The once affable Wolf has become a bitter and tormented man. All he has left is a nimble vision of loveliness who haunts his dreams. Is she enough to restore his faith in humanity?

Belinda Kiefer is a one-of-a-kind being, embraced by the winter forest and the woodland animals. Half-human, half-fairy, she flits between two worlds, searching for a place to belong. Her secret crush on Wolfgang is both a blessing and a curse. It will help her to soothe him in his darkest hour, but the outcome may cost her everything.

When Santa is injured before Christmas, the Klaus family is forced to take action. The Day of Reckoning is finally upon them, and one of the siblings must take responsibility for the beloved holiday. Which brother possesses the true heart of the Weihnachtsmann? Who will be the one to fulfill this long-awaited destiny?

City slicker Ami Jordan was just dumped by her back-stabbing boyfriend, has no job prospects, and can't find a decent cup of coffee in the entire state of Vermont. The last thing she needs is a sexy, bearded lumberjack complicating her life.

Tree house builder, environmental champion, and Bulldog owner Marcus Anderson has no patience for flatlanders with an attitude. But when landscape designer Ami Jordan shows up at his log cabin, he suddenly develops a hankering for a high-maintenance city gal. Now his house looks like a jungle, his recycling is in disarray, and his libido's on fire.

He's a lumberjack in love.

You just found it.

David Green is an award-winning children's author searching for inspiration. Hannah Morgan is an illustrator who is unlucky in love.

When they find themselves stranded in a cabin on Christmas Eve, can they possibly create their own special story...together?