The holder of several degrees, including a Ph.D from the University of British Columbia in Vancouver, Watts has held a number of academic research and teaching positions, and worked as a marine-mammal biologist.

He began writing fiction after completing graduate school, and made his debut as a novelist in 1999 with Starfish, the first of the Rifters books.

Although he has a penchant for writing about space vampires, that hasn't stopped his books from being adapted as core text in several undergraduate courses ranging from Philosophy to Neuropsychology.

The recipient of numerous awards including the Hugo, the Jackson, and the Seiun, Watts’ work has been translated into 22 languages.

He currently lives in Toronto with his wife and fellow Canadian author, Caitlin Sweet. 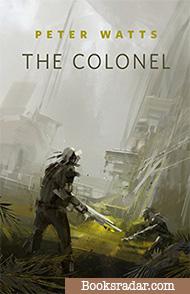 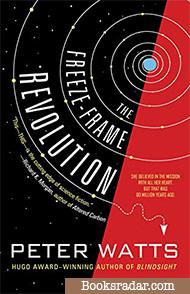 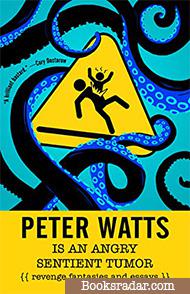 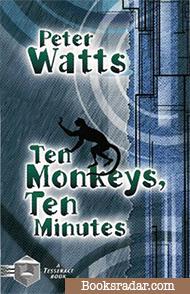 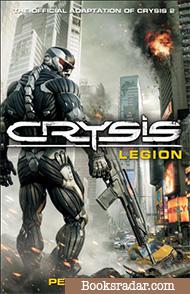 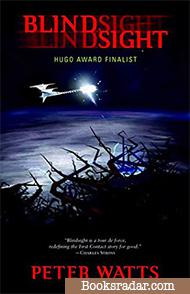 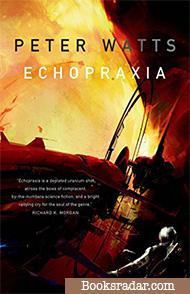 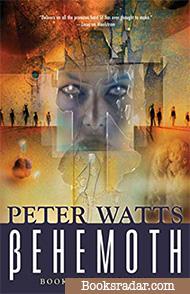 Colonel Keaton is in trouble. His wife has retreated into a virtual heaven and his son remains missing after joining an extrasolar mission to track down an alien race. He is presently tasked by his superiors with the threat assessment of hived human intelligences, one of which successfully attacks a compound under his watch. Now, one of the strongest hive minds in the world approaches Keaton with an offer that could completely change his world.

How do you stage a mutiny when you're only awake one day in a million? How do you conspire when your tiny handful of potential allies changes with each job shift? How do you engage an enemy that never sleeps, that sees through your eyes and hears through your ears, and relentlessly, honestly, only wants what's best for you? Trapped aboard the starship Eriophora, Sunday Ahzmundin is about to discover the components of any successful revolution: conspiracy, code―and unavoidable casualties.

Which of the following is true?

Peter Watts is banned from the U.S.

A schizophrenic man living in Watts's backyard almost set his house on fire.

Watts was raised by Baptists who really sucked at giving presents.

Peter Watts said to read this book. Or else.

In this collection of short stories from best selling author Peter Watts, enter strange new worlds that defy the imagination. Journey to the depths of the ocean floor with genetically engineered human beings ... push the boundaries of life with a scientist obsessed with death ... and watch as sentient gaseous entities offer destruction and salvation to the human race. Nine stories make up this stunning new collection from a rising talent in the field of Science Fiction.

MANHATTAN IS UNDER NEW MANAGEMENT. THEY’RE NOT FROM AROUND HERE.

Welcome to the Big Apple, son. Welcome to the city that never sleeps: invaded by monstrous fusions of meat and machinery, defended by a private army that makes Blackwater look like the Red Cross, ravaged by a disfiguring plague that gifts its victims with religious rapture while it eats them alive. You’ve been thrown into this meat grinder without warning, without preparation, without a clue.

Your whole squad was mowed down the moment they stepped onto the battlefield. And the chorus of voices whispering in your head keeps saying that all of this is on you: that you and you alone might be able to turn the whole thing around if you only knew what the hell was going on.

You’d like to help. Really you would. But it’s not just the aliens that are gunning for you. Your own kind hunts you as a traitor, and your job might be a bit easier if you didn’t have the sneaking suspicion they could be right. . . .

Two months since the stars fell...

Two months of silence, while a world held its breath.

Now some half-derelict space probe, sparking fitfully past Neptune's orbit, hears a whisper from the edge of the solar system: a faint signal sweeping the cosmos like a lighthouse beam. Whatever's out there isn't talking to us. It's talking to some distant star, perhaps. Or perhaps to something closer, something en route.

So who do you send to force introductions with unknown and unknowable alien intellect that doesn't wish to be met?

You send a linguist with multiple personalities, her brain surgically partitioned into separate, sentient processing cores. You send a biologist so radically interfaced with machinery that he sees x-rays and tastes ultrasound. You send a pacifist warrior in the faint hope she won't be needed. You send a monster to command them all, an extinct hominid predator once called vampire, recalled from the grave with the voodoo of recombinant genetics and the blood of sociopaths. And you send a synthesist―an informational topologist with half his mind gone―as an interface between here and there.

Pray they can be trusted with the fate of a world. They may be more alien than the thing they've been sent to find.

It's the eve of the twenty-second century: a world where the dearly departed send postcards back from Heaven and evangelicals make scientific breakthroughs by speaking in tongues; where genetically engineered vampires solve problems intractable to baseline humans and soldiers come with zombie switches that shut off self-awareness during combat. And it's all under surveillance by an alien presence that refuses to show itself.

Daniel Bruks is a living fossil: a field biologist in a world where biology has turned computational, a cat's-paw used by terrorists to kill thousands. Taking refuge in the Oregon desert, he's turned his back on a humanity that shatters into strange new subspecies with every heartbeat. But he awakens one night to find himself at the center of a storm that will turn all of history inside-out.

Now he's trapped on a ship bound for the center of the solar system. To his left is a grief-stricken soldier, obsessed by whispered messages from a dead son. To his right is a pilot who hasn't yet found the man she's sworn to kill on sight. A vampire and its entourage of zombie bodyguards lurk in the shadows behind. And dead ahead, a handful of rapture-stricken monks takes them all to a meeting with something they will only call "The Angels of the Asteroids."

Their pilgrimage brings Dan Bruks, the fossil man, face-to-face with the biggest evolutionary breakpoint since the origin of thought itself.

Civilization rests on the backs of its outcasts.

So when civilization needs someone to run generating stations three kilometers below the surface of the Pacific, it seeks out a special sort of person for its Rifters program. It recruits those whose histories have preadapted them to dangerous environments, people so used to broken bodies and chronic stress that life on the edge of an undersea volcano would actually be a step up. Nobody worries too much about job satisfaction; if you haven't spent a lifetime learning the futility of fighting back, you wouldn't be a rifter in the first place. It's a small price to keep the lights going, back on shore.

But there are things among the cliffs and trenches of the Juan de Fuca Ridge that no one expected to find, and enough pressure can forge the most obedient career-victim into something made of iron. At first, not even the rifters know what they have in them―and by the time anyone else finds out, the outcast and the downtrodden have their hands on a kill switch for the whole damn planet...

This is the way the world ends:

A nuclear strike on a deep sea vent. The target was an ancient microbe―voracious enough to drive the whole biosphere to extinction―and a handful of amphibious humans called rifters who'd inadvertently released it from three billion years of solitary confinement.

The resulting tsunami killed millions. It's not as through there was a choice: saving the world excuses almost any degree of collateral damage.

Unless, of course, you miss the target.

Now North America's west coast lies in ruins. Millions of refugees rally around a mythical figure mysteriously risen from the deep sea. A world already wobbling towards collapse barely notices the spread of one more blight along its shores. And buried in the seething fast-forward jungle that use to be called Internet, something vast and inhuman reaches out to a woman with empty white eyes and machinery in her chest. A woman driven by rage, and incubating Armageddon.

Her name is Lenie Clarke. She's a rifter. She's not nearly as dead as everyone thinks.

And the whole damn world is collateral damage as far as she's concerned. . . .

For five years (since the events recounted in Maelstrom), she and her bionic brethren (modified to work in the rift valleys of the ocean floor) have hidden in the mountains of the deep Atlantic. The facility they commandeered was more than a secret station on the ocean floor.

Atlantis was an exit strategy for the corporate elite, a place where the world's Movers and Shakers had hidden from the doomsday microbe ßehemoth--and from the hordes of the moved and the shaken left behind. For five years "rifters" and "corpses" have lived in a state of uneasy truce, united by fear of the outside world.

But now that world closes in. An unknown enemy hunts them through the crushing darkness of the Mid-Atlantic Ridge. ßehemoth--twisted, mutated, more virulent than ever--has found them already. The fragile armistice between the rifters and their one-time masters has exploded into all-out war, and not even the legendary Lenie Clarke can take back the body count.

Billions have died since she loosed ßehemoth upon the world. Billions more are bound to. The whole biosphere came apart at the seams while Lenie Clarke hid at the bottom of the sea and did nothing. But now there is no place left to hide. The consequences of past acts reach inexorably to the very floor of the world, and Lenie Clarke must return to confront the mess she made.

Redemption doesn't come easy with the blood of a world on your hands. But even after five years in pitch-black purgatory, Lenie Clarke is still Lenie Clarke. There will be consequences for anyone who gets in her way-and worse ones, perhaps, if she succeeds...