Born and raised in California, he began working as a computer programmer for Sandia National Laboratories at the age of 15 before later joining UC San Diego where he studied computer science—albeit without graduating.

His first published novel, The Martian, gained significant recognition as it was adapted into a film that was released October 2, 2015; featuring Matt Damon and Jessica Chastain.

Andy is a lifelong space nerd with interests in relativistic physics, orbital mechanics and the history of manned spaceflight.

He currently lives in California and is unapologetic good at mixing cocktails. 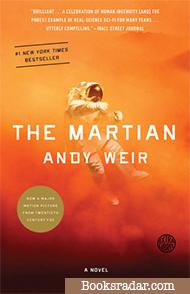 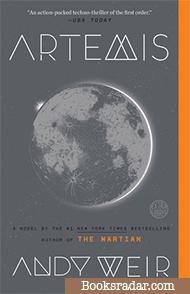 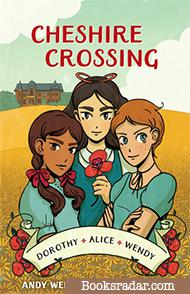 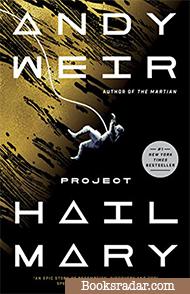 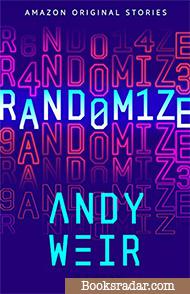 Just six days ago, astronaut Mark Watney became among the first people to walk on Mars. Now, he looks destined to be the first person to die there.

When an unexpected dust storm nearly kills him, his crew is forced to evacuate believing that he couldn’t have possibly survived.

As such, Mark finds himself isolated and completely stranded; with no way of sending a signal to Earth that he is alive. But even if he could, he would run out of supplies before any form of rescue arrives.

Mark however isn’t beaten yet. In a coming together of innovation, engineering ingenuity and an unshakable resolve to survive on a strange planet, Mark will face every challenge head on.

Will this however be enough, given how the odds are heavily stacked against him?

All Jasmine Bashara ever wanted was to get rich: Not crazy billionaire rich like many of the visitors who came to her hometown of Artemis, but just rich enough to move out of her coffin-sized apartment, pay off her debt and eat something better than flavored algae.

So when she gets a chance of making a killing in a move that could see her grow from a small-time smuggler to complete criminal mastermind, Jazz dives in head first.

Coming up with the perfect crime however marks the beginning of her problems as she finds herself at the centre of a conspiracy; one for the control of Artemis.

Caught between competing forces whilst running away from both a killer and the law, Jazz will have to devise a truly magnificent scheme not just to stay alive but to also save her city.

She is no hero. She is a very innovative lawbreaker.

The three meet at Cheshire Crossing—a boarding school where gifted girls like them learn how to be in control of their supernatural experiences and make the most out of their magical world-crossing powers.

But the three, who have since become teenagers, just aren’t contented with sitting still in a classroom; having had their fair share of interposing authority figures.

They soon find themselves shifting from one universe to another, leaving great destruction in their wake; a move that ends up uniting the Wicked Witch and Hook in an unexpected yet lethal supervillain love match.

In order to stop their destructive element, the girls will have to use all of their powers, and rally up a team of unexpected allies from across the mystical multiverse.

Ryland Grace is the sole survivor on a desperate, last-chance mission—and if he fails, humanity and the earth itself will perish.

Except that right now, he doesn’t know that. He can’t even remember his own name, let alone the nature of his assignment or how to complete it.

All he knows is that he’s been asleep for a very, very long time. And he’s just been awakened to find himself millions of miles from home, with nothing but two corpses for company.

His crewmates dead, his memories fuzzily returning, Ryland realizes that an impossible task now confronts him. Hurtling through space on this tiny ship, it’s up to him to puzzle out an impossible scientific mystery—and conquer an extinction-level threat to our species.

And with the clock ticking down and the nearest human being light-years away, he’s got to do it all alone.

An IT whiz at the Babylon Casino is enlisted to upgrade security for the game of keno and its random-number generator. The new quantum computer system is foolproof. But someone on the inside is no fool. For once the odds may not favor the house—unless human ingenuity isn’t entirely a thing of the past.

NB: Andy Weir's Randomize is part of Forward, a collection of six stories of the near and far future from out-of-this-world authors. Here is the complete list of the series:

4. You Have Arrived at Your Destination (2019) by Amor Towles