A first-generation German American born and raised in Three Mile Bay, a Hamlet in New York State, Ellen discovered her passion for reading and writing while in first grade.

Through her teenage years she enjoyed the works of Stephen King, Anne Rice, and Dean Koontz, and found even more time to read and write after getting married and becoming a mother.

However, it wasn't until her two children went to college that Ellen really got serious about becoming a published author.

She made her debut as a novelist in 2012 with the bestselling The Plum Tree, which was actually inspired by her childhood visits to my mother’s hometown in Germany.

Her novels have since been published and translated into eighteen languages, selling multiple copies around the world.

Ellen currently lives on the shores of Lake Ontario with her husband and dogs. 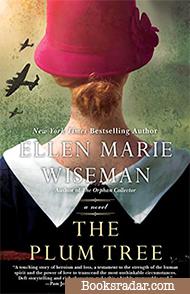 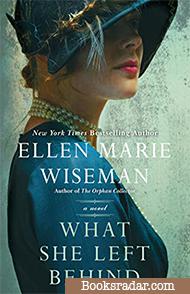 What She Left Behind 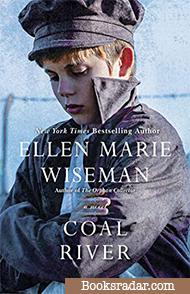 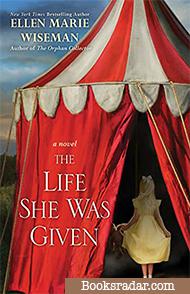 The Life She Was Given 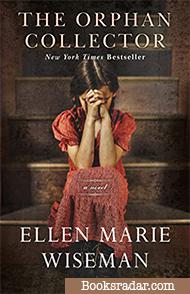 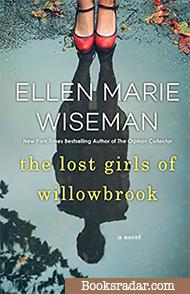 The Lost Girls of Willowbrook

“Bloom where you're planted," is the advice Christine Bölz receives from her beloved Oma. But seventeen-year-old domestic Christine knows there is a whole world waiting beyond her small German village. It's a world she's begun to glimpse through music, books—and through Isaac Bauerman, the cultured son of the wealthy Jewish family she works for.

Yet the future she and Isaac dream of sharing faces greater challenges than their difference in stations. In the fall of 1938, Germany is changing rapidly under Hitler's regime. Anti-Jewish posters are everywhere, dissenting talk is silenced, and a new law forbids Christine from returning to her job—and from having any relationship with Isaac. In the months and years that follow, Christine will confront the Gestapo's wrath and the horrors of Dachau, desperate to be with the man she loves, to survive—and finally, to speak out.

Set against the backdrop of the German homefront, this is an unforgettable novel of courage and resolve, of the inhumanity of war, and the heartbreak and hope left in its wake.

Ten years ago, Izzy Stone’s mother fatally shot her father while he slept. Devastated by her mother’s apparent insanity, Izzy, now seventeen, refuses to visit her in prison. But her new foster parents, employees at the local museum, have enlisted Izzy’s help in cataloging items at a long-shuttered state asylum. There, amid piles of abandoned belongings, Izzy discovers a stack of unopened letters, a decades-old journal, and a window into her own past.

Young flapper and suffragette Clara Cartwright is caught between her overbearing parents and her desire to be a modern woman. Furious when she rejects an arranged marriage, instead finding love with an Italian Immigrant, Clara’s father sends her to a genteel home for nervous invalids. But when his fortune is lost in the stock market crash of 1929, he can no longer afford her care—and Clara is committed to the public asylum.

Even as Izzy deals with the challenges of yet another new beginning, Clara’s story keeps drawing her into the past. If Clara was never really mentally ill, could something else explain her own mother’s violent act? Piecing together Clara’s fate compels Izzy to re-examine her own choices—with shocking and unexpected results.

As a child, Emma Malloy left isolated Coal River, Pennsylvania, vowing never to return. Now, orphaned and penniless at nineteen, she accepts a train ticket from her aunt and uncle and travels back to the rough-hewn community. Treated like a servant by her relatives, Emma works for free in the company store. There, miners and their impoverished families must pay inflated prices for food, clothing, and tools, while those who owe money are turned away to starve.

Most heartrending of all are the breaker boys Emma sees around the village—young children who toil all day sorting coal amid treacherous machinery. Their soot-stained faces remind Emma of the little brother she lost long ago, and she begins leaving stolen food on families’ doorsteps, and marking the miners’ bills as paid.

Though Emma’s actions draw ire from the mine owner and police captain, they lead to an alliance with a charismatic miner who offers to help her expose the truth. And as the lines blur between what is legal and what is just, Emma must risk everything to follow her conscience.

On a summer evening in 1931, Lilly Blackwood glimpses circus lights from the grimy window of her attic bedroom. Lilly isn’t allowed to explore the meadows around Blackwood Manor. She’s never even ventured beyond her narrow room. Momma insists it’s for Lilly’s own protection, that people would be afraid if they saw her. But on this unforgettable night, Lilly is taken outside for the first time—and sold to the circus sideshow.

More than two decades later, nineteen-year-old Julia Blackwood has inherited her parents’ estate and horse farm. For Julia, home was an unhappy place full of strict rules and forbidden rooms, and she hopes that returning might erase those painful memories. Instead, she becomes immersed in a mystery involving a hidden attic room and photos of circus scenes featuring a striking young girl.

At first, The Barlow Brothers’ Circus is just another prison for Lilly. But in this rag-tag, sometimes brutal world, Lilly discovers strength, friendship, and a rare affinity for animals. Soon, thanks to elephants Pepper and JoJo and their handler, Cole, Lilly is no longer a sideshow spectacle but the circus’s biggest attraction...until tragedy and cruelty collide. It will fall to Julia to learn the truth about Lilly’s fate and her family’s shocking betrayal, and find a way to make Blackwood Manor into a place of healing at last.

In the fall of 1918, thirteen-year-old German immigrant Pia Lange longs to be far from Philadelphia’s overcrowded slums and the anti-immigrant sentiment that compelled her father to enlist in the U.S. Army. But as her city celebrates the end of war, an even more urgent threat arrives: the Spanish flu.

Funeral crepe and quarantine signs appear on doors as victims drop dead in the streets and desperate survivors wear white masks to ward off illness. When food runs out in the cramped tenement she calls home, Pia must venture alone into the quarantined city in search of supplies, leaving her baby brothers behind.

Bernice Groves has become lost in grief and bitterness since her baby died from the Spanish flu. Watching Pia leave her brothers alone, Bernice makes a shocking, life-altering decision. It becomes her sinister mission to tear families apart when they’re at their most vulnerable, planning to transform the city’s orphans and immigrant children into what she feels are “true Americans.”

Waking in a makeshift hospital days after collapsing in the street, Pia is frantic to return home. Instead, she is taken to St. Vincent’s Orphan Asylum – the first step in a long and arduous journey. As Bernice plots to keep the truth hidden at any cost in the months and years that follow, Pia must confront her own shame and fear, risking everything to see justice – and love – triumph at last

Sage Winters always knew her sister was a little different even though they were identical twins. They loved the same things and shared a deep understanding, but Rosemary—awake to every emotion, easily moved to joy or tears—seemed to need more protection from the world.

Six years after Rosemary’s death from pneumonia, Sage, now sixteen, still misses her deeply. Their mother perished in a car crash, and Sage’s stepfather, Alan, resents being burdened by a responsibility he never wanted. Yet despite living as near strangers in their Staten Island apartment, Sage is stunned to discover that Alan has kept a shocking secret: Rosemary didn’t die. She was committed to Willowbrook State School and has lingered there until just a few days ago, when she went missing.

Sage knows little about Willowbrook. It’s always been a place shrouded by rumor and mystery. A place local parents threaten to send misbehaving kids. With no idea what to expect, Sage secretly sets out for Willowbrook, determined to find Rosemary. What she learns, once she steps through its doors and is mistakenly believed to be her sister, will change her life in ways she never could imagined...