Originally from Nashville, Tennessee, Womack attended Tulane University and Southampton College, where he holds a Master of Fine Arts degree in English and Writing from the latter.

While undertaking his undergraduate degree, his unpublished novel became the first novel ever accepted as an undergraduate honors thesis.

He has served as a Regional Vice-President of the Mystery Writers of America, and served on the Board of Governors of the Mid-South regional chapter of the National Academy of Television Arts and Sciences.

He lives with his family in Nashville, Tennessee. 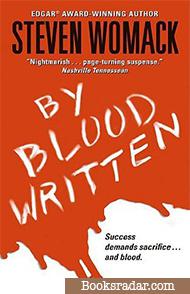 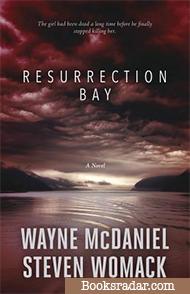 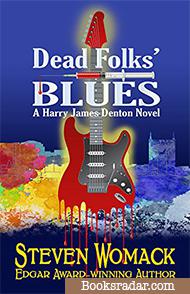 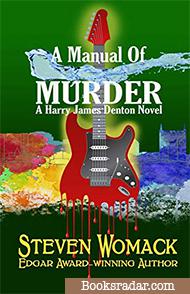 A Manual of Murder 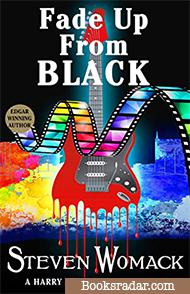 Fade Up From Black
Jack Lynch Why Politics Sucks: With Just A Few Modest Proposals That Might Make It All Suck A Little Less

At first, it was only research...

Author Michael Schiftmann has received resounding critical acclaim for his novels that few people buy or read. The sad truth is that readers aren't interested in great literature—they only want glitz and violence. So that's what Michael intends to give them—shocking stories of a blood-chillingly efficient serial killer that are filled with gore and horror. And to ensure that his books are impeccably realistic in every aspect, he plans to try his own hand...at murder.

Soon his fictional killer is a sensation, and Michael is a rich, sought-after celebrity—and his beautiful, rising-star literary agent, Taylor Robinson, is falling in love with him. But there is one serious problem: Michael Schiftmann has discovered that bloodletting feels good...and he can't seem to stop.

Decatur Kaiser seems like an ordinary family man with a passion for hunting and a wall full of trophies to prove it. Every June, Decatur sends his wife and kids to visit the grandparents so he can start his summer project.

Fueled by cocaine and a complete disregard for human life, Decatur kidnaps a young woman and flies to a deserted island in the middle of Resurrection Bay. There he abuses and tortures her, then turns his victim loose and hunts her like big game through the Alaskan wilderness.

Thirty-something, divorced, and working part-time as a car repossessor to stay out of the poorhouse, ex-newspaperman turned private detective Harry James Denton needs any client he can get. It's just his luck that the first person to waltz into his Nashville office is Rachel Fletcher, the woman who stole—then broke—his heart in college.

Now the man she married—compulsive gambler/womanizer and surgeon Dr. Conrad Fletcher—is in big trouble. Rachel wants Harry to forget about yesterday and make sure her husband lives to see tomorrow.

By the time Harry catches up with Fletcher, though, it’s too late.

And the list of suspects could fill the Grand Ole Opry…

Nashville P.I. Harry James Denton is looking for another case--and he gets one when the magnificent mansion across the street from his apartment is consumed in a suspicious fire. The blaze has all the scorch marks of the East Nashville Arsonist, a phantom firebug whose burning desire seems to be driving gentrifiers out of Harry's funky, rundown neighborhood. This time, though, the modus operandi includes murder.

Hearts Aren't The Only Thing Broken In The World Of Country Music...

He's not a huge fan of country music.

But when rising country music star Rebecca Gibson is found beaten to death, a heap of damning evidence points to her ex-husband and Harry's pal, Slim Gibson.

Short of cash, as always, Harry digs into the case and discovers the dark history of a marriage made somewhere way south of Heaven, somewhere deep in the cutthroat heart of the country music business, where deceit, betrayal, passion and vengeance are not only sung about...they're lived and died.

And because nothing in Harry's life is ever simple or easy, he's also got another situation to deal with. His girlfriend--who's also the Music City coroner--is being held hostage by a group of whacko cult religious fanatics in armed Winnebagos who don't want the body of their leader's wife autopsied.

When The Buckle Of The Bible Belt Gets Undone...

Nashville P.I. Harry James Denton always suspected there was a seamy, dark underbelly to the bright lights and rhinestone glitz of Music City. But until he's hired by an aristocratic, old-monied Belle Meade family to find their runaway daughter, he had no idea of just how sleazy and smarmy the It City could be...

Stacey Jameson is troubled, drug-addled, and haunted by a history of family abuse and secrets. To say she's hooked in with the wrong crowd is an understatement of deadly proportions. When Harry goes after her, the pursuit takes them both into darker places than either of them have ever seen.

NB: This book is also known as Chain of Fools.

The bestselling toast of Tennessee authors, Robert Jefferson Reed made a Lower Broadway party bus full of money publishing his folksy homilies like Never Go To Bed Angry and Eat Your Vegetables.

Which is exactly where Nashville P.I. Harry James Denton finds Reed after his wife hires him to catch her hubby in a tryst with a sexy secretary. Turns out Music City’s favorite wholesome, folksy All-American dad’s got an All-American roving eye…

That’s not the only problem. In the stuffy, genteel world of publishing, jealousies and resentments run wild. Reed’s not only made a ton of money, he’s made a ton of enemies as well.

How did Nashville P.I. Harry James Denton wind up working in the world’s most famous whorehouse?

Because the Feds made him a deal he couldn’t refuse—help smoke out a money-laundering scheme secretly operating out of Reno’s notorious, legendary, legal cathouse, The Mustang Ranch.

After failing to reconcile with his ex-, who’s about to give birth to their daughter, doing some simple snooping in a house full of gorgeous gals sounds like a pretty good deal.

But it turns out to be a raw deal when one of the Mustang girls turns up murdered and Harry is the prime suspect. The only way to save his neck is to risk it—and that means making a Nevada-sized gamble that he can corner a killer who holds all the aces…

He knew he was going to die...

So he hired a P.I. to find his killer!

The last thing Harry James Denton needs on one of the hardest days of his life is a stranger walking into his office and imploring him to investigate a murder. Especially a murder that hasn’t even happened yet.

But that’s exactly what Leo Walsh—a once-wealthy, famous writer who’s fallen on hard times—wants Harry to do. When Leo explains that he’s the intended victim, Harry blows him off. He doesn’t have time for this craziness.

After all, he’s just learned that the terminally ill mother of his teenaged daughter has passed away. Now he has to fly to Reno, Nevada for the funeral and to arrange for his daughter, Alexis, to return with him to Nashville.

He also has to somehow get his head around the fact he’s becoming a single father in his late-fifties to a daughter he barely knows.

But Harry’s already messy, complicated life is complicated even further when Leo Walsh’s prediction turns out to be true. Overwhelmed by guilt that he didn’t believe Walsh’s outlandish story, Harry starts digging into the brutal murder…

Ordered by his boss, a New Orleans banker, to break up a lawsuit that will seriously threaten the banker's business interests, Jack realizes that the man whose reputation he has agreed to smear is his beloved ex-father-in-law

A public relations job at a bank leads to troubleshooter Jack Lynch's latest case as he investigates the connection between the bank, a lottery, and a computer hacker who has placed a software bomb in the bank's computer system.

Why Politics Sucks: With Just A Few Modest Proposals That Might Make It All Suck A Little Less

Buy now
Like
Why Politics Sucks: With Just A Few Modest Proposals That Might Make It All Suck A Little Less

"We’re Americans. We have the best government money can buy."

With these words, Edgar and Shamus Award-winning mystery writer Steven Womack begins his investigation of one of the greatest crimes ever committed against the American people: the American political system.

The first in a series of eight "broadsides" examining issues in contemporary American life, WHY POLITICS SUCKS is a hard look at our dysfunctional, thoroughly corrupt, inefficient and broken political system.

Contemporary politics, according to Womack, has descended into a cesspool of influence buying, lobbying, and pandering to the worst instincts in our national psyche. Our political life has never seemed more toxic, angry, bitter, and out-of-touch with the realities of American life.

Our infrastructure decays, our children fall behind the rest of the world in education, the middle class disappears, while the poor, sick, and elderly are abandoned to survive as best they can. Meanwhile, the corporations, the connected, the powerful and the wealthy have literally raced to outbid each other for control of what should be our government.

As Womack reveals, politics has never been a pretty business. From the earliest days of the republic, politicians, legal scholars, and ordinary citizens have struggled to even figure out what corruption is. How does a democracy exist when it is for sale to the highest bidder?

All is not lost, though. Womack offers, as the subtitle suggests, a few modest proposals that might just turn things around and make politics suck just a little less.