Born in a Miami, Florida in 1962, Rick Yancey is an American award winning writer and author who primarily focuses on fantasy and science fiction.

It was while in Crystal Lake Junior High School that Yancey first wrote his first short story book.

He went on to join Florida Southern College where he majored in Communications before transferring to Florida State University a year later; eventually graduating with a B.A. in English at Roosevelt University.

Rick has authored fifteen novels and a memoir; with his books getting published in over thirty languages.

He currently lives in Florida with his wife and son, Jake. 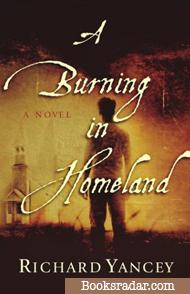 A Burning in Homeland 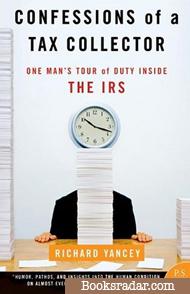 Confessions of a Tax Collector: One Man's Tour of Duty Inside the IRS
The 5th Wave series 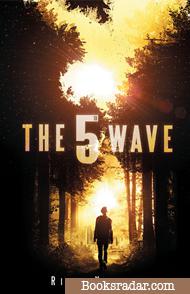 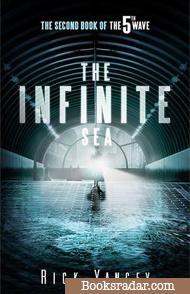 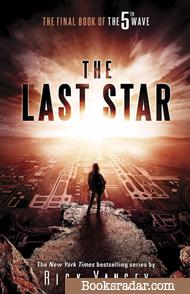 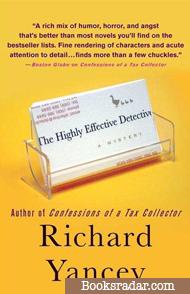 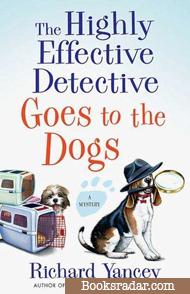 The Highly Effective Detective Goes to the Dogs 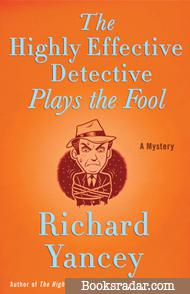 The Highly Effective Detective Crosses the Line
The Monstrumologist series 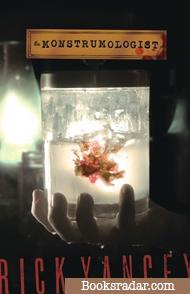 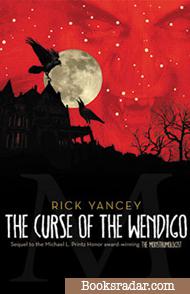 The Curse of the Wendigo The Isle of Blood The Extraordinary Adventures of Alfred Kropp

Alfred Kropp: The Seal of Solomon A Burning in Homeland

Rarely is the love story of Halley Martin and Mavis Howell ever spoken of in the small and devoted town of Homeland, Florida. It has now been two decades since Halley was sent to prison for murdering a rival suitor; the only killing to have ever taken place in the small Florida town.

The tale itself is a legend and it remains a mystery to seven-year-old Shiny Parker who occasionally hears his parents talk about it—albeit in hush tones. All he knows is that the beautiful wife of the local minister had a part to play in the whole incident.

So when the minister escapes by a whisker after the church house burns only a matter of days before Halley Martin is released from prison, Shiny—just like majority of the residents—is able to join the dots.

Seeing as Haley was still in prison when the arsonist struck, who could possibly have set the parsonage on fire? And what could have motivated the action?

Confessions of a Tax Collector: One Man's Tour of Duty Inside the IRS

Like
Confessions of a Tax Collector: One Man's Tour of Duty Inside the IRS

About twelve years ago, Richard Yancey casually replied to a random newspaper ad that was offering a salary that was more than the cumulative total he had made over the last three years. The job turned out to be one with the Internal Revenue Service—arguably the most abhorred and dreaded agency of the United States federal government.

He eventually became the guy who would knock at your door and make you pay; acting on the authority of the federal government of the United States.

With a rich dose of humor and horror, Yancey unfolds the truth behind what really lies under the dark suits and shinny sunglasses.

At the very start of the 5th wave, Cassie Sullivan runs away from Them on a lonely and deserted highway.

They may look like humans, but they roam the countryside killing everything in their wake.

In order to stay alive, one has to stay alone; until Cassie meets Evan Walker.

How do you rid the Earth of seven billion humans? Rid the humans of their humanity.

As if surviving the first four waves wasn’t already hard enough, Cassie Sullivan is at a whole new world where truth—the one rudimentary quality that binds everyone together—is long gone.

As the 5th Wave takes effect, Cassie along with Ben and Ringer step up against the Others who won’t rest until they bring an end to the human race.

In the final battle between life and death, hope and devastation, Cassie and her cohorts are oblivious of the far that the Others will go to destroy the human race, while the Others know not how unwavering the will of humanity really is.

They are here, they are there, and they are nowhere.

They want the earth, they want us to have it. They came to wipe us out, they came to save us.

There are riddles and there are truths.

In the final days, the last remaining survivors on earth will decide which of these is more important; saving themselves or saving what makes us human.

Following his mother’s death, Teddy Ruzak, a night watchman, decides to quit his job and pursue his childhood dream of becoming a detective. Impulsive and not giving much consideration to the idea, Teddy hires his dearest waitress from the local diner as his junior office assistant.

His first case is everything but exciting, as he his tasked with ensuring justice is served to the mindless driver that rammed down six baby geese.

His wild goose case however escalates into an investigation regarding a cruel murder.

The Highly Effective Detective Goes to the Dogs

Like
The Highly Effective Detective Goes to the Dogs

Teddy Ruzak is certain that his days as a Private Investigator are over when the state clamps down on him for practicing without a license; until he stumbles upon the body of a homeless man outside his office—a man he had just befriended the previous day.

Although Teddy feels there is foul play, the police think he is on a misguided pursuit. His suspicion is nonetheless intensified by two unpremeditated yet potentially threatening visitors from the pound.

"Deserves mention with the wackiest of today's comic crime novelists... similar to Donald E. Westlake or Carl Hiaasen." —Booklist on The Highly Effective Detective Goes to the Dogs.

Private Investigator Teddy Ruzak, in this third installment of The Highly Effective Detective Series, is approached by a stunning blond who suspects that her husband is cheating on her.

But then the client goes missing soon after she hires Teddy to identify the cheater. Is it just another case of divorce or could it be a murder case?

Teddy's longtime friend Farrell is in desperate need of help. Farrell has a daughter called Isabella, who has an ex-boyfriend who is only a matter of days from being released from jail on assault charges.

Certain that the ex-boyfriend will come looking for Isabella soon after being released, Farrell hires Teddy to keep close tabs on his daughter.

The task however becomes harder when Teddy finds himself dealing with criminals far more dangerous than the deviant ex-boyfriend. Furthermore, his secretary, Felicia, is being stalked by mysterious men who she seemingly can’t get rid of.

Can Teddy find a way of protecting both Felicia and Isabella? Is Felicia much more than just a friend to him?

Will Henry is an orphan and an assistant to a doctor who is a, wait for it, monster hunter. During the limited time that Will has lived with the doctor, he has gotten used to his late night callers and menacing business.

His perception however changes one day when a client comes with the body of a young girl along with the monster that was eating her.

The doctor finds out that the headless monster, known as an Anthropophagus, feeds through a mouth located on its chest.

Signaling an increasing number of Anthropophagi, Will and the doctor have to step up and stop the terrifying creatures while they still can.

The Curse of the Wendigo

Dr. Warthrop, in a bid to refute the claim that the vampire, Homo vampiris, could exist, embarks on a mission to rescue the husband to her former fiancé from the Wendigo; a creature that starves despite gorging itself on human flesh.

Despite the fact that Warthrop largely believes the Wendigo is fictitious, he still undertakes the mission, one that sees him eventually rescue her ex fiancé’s husband from death. But the man himself ends up transforming into a Wendigo.

Can the doctor, along with Will, conquer the predator—a creature that is neither living nor dead?

The Isle of Blood

Will Henry finally looks forward to enjoying a normal life with a real family when he is left behind in Victorian New York, as Dr. Warthrop goes hunting for the "Holy Grail of Monstrumology" with Arkwright; his anxious new assistant.

Having already grown fond of the doctor, Will is shattered when Arkwright returns only to inform him that Dr. Warthrop is dead.

Unconvinced by the news, he travels to London to uncover the truth. The mission however takes him all the way to Socotra, the Isle of Blood—where rain is in the form of blood, and enslaved humans are being used to make nests.

It is here that Will’s love and loyalty will be tested to the very limit.

Will Henry and Dr. Warthrop have encountered many horrors together—but can Will endure a monstrumological terror without his mentor?

For just fourteen-year old boy, Will Henry has been through a lot.

He has gazed into hell and has come face-to-face with death one too many times.

His biggest encouragement is that he has done all this along with Dr. Warthrop.

Fearing that he may be losing Will’s loyalty, Dr. Warthrop turns on his apprentice with unparalleled rage.

As a result, Will must now face a scary monster beyond his wildest imaginations, and he must face it alone.

The Extraordinary Adventures of Alfred Kropp

All Alfred Kropp ever wanted was to make it through high school. His life however becomes one of unprecedented adventure when his guardian uncle gets him entwined in a get-rich-quick scheme; one that involves stealing Excalibur, King Arthur’s legendary sword.

But when he unknowingly hands over the sword to the wrong hands, Alfred then finds himself on another mission of saving the world from unspoken evil and destruction.

This gripping page-turner of a novel—full of intrigue and the occasional dose of humor—gives the story of how one boy rose to the occasion.

Alfred Kropp: The Seal of Solomon

The wise King Solomon, who lived thousands of years ago, used the Great Seal—an incredibly powerful ring—to confine fallen angels of heaven in a sacred vessel. But now, the ring and the vessel have both been stolen from OIPEP as a result of betrayal by Mike Arnold.

Given that hell’s entire fury could be unleashed if the artifacts fall into the wrong hands, the mysterious Op-Nine, OIPEP devises a plan to return the artifacts to its rightful location; a plan whose success or failure will depend on Alfred Kropp—the last descendant of Lancelot.

But when Kropp’s playful nature sees the ring end up in the hands of King Paimon, a fierce demon who passionately resents him, the reluctant hero must now stop at nothing to save the world from utter destruction.

Alfred Kropp first began by stealing King Arthur’s legendary Excalibur sword before misplacing it in a move that sent him on a dangerous mission to save the world.

He then overcame King Paimon, unequivocally one of the most terrible demons to have escaped the sacred vessel when the Seals of Solomon were stolen.

What else could possibly go wrong? Hasn’t he seen it all already?

As it turns out, someone is on a mission to kill Alfred Kropp. What’s more, the same people who promised to protect him are now trying to manipulate him to create a superhuman army.

In a story of both assurance and treachery, Alfred keeps a keen eye on his enemies as he continues to learn what schemes the OIPEP has devised for him.