He is best known for writing the Parson and Gold thrillers, as well as the non-fiction title The Speed of Heat (2008).

Young served in Afghanistan and Iraq with the Air National Guard, and flew combat missions to Bosnia and Kosovo.

The recipient of several military honors, including the Meritorious Service Medal, and the Air Force Combat Action Medal, Young attained close to 5,000 hours as a flight engineer on the C-5 Galaxy and the C-130 Hercules, while flying to nearly forty countries.

He retired from the Air Guard in 2013, having served for over two decades.

The holder of a B.A. and an M.A. in Mass Communication from the University of North Carolina at Chapel Hill, Young spent a decade of his civilian life as a writer and editor with the broadcast division of the Associated Press.

He currently works as an airline pilot based at Reagan National Airport near Washington, D.C. 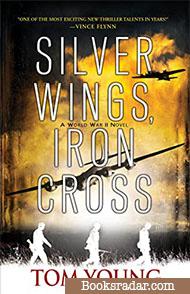 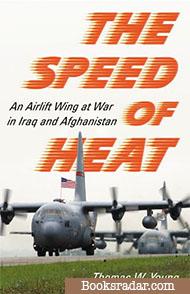 The Speed of Heat: An Airlift Wing at War in Iraq and Afghanistan
Parson and Gold 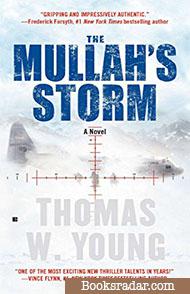 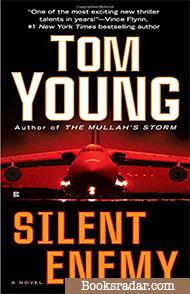 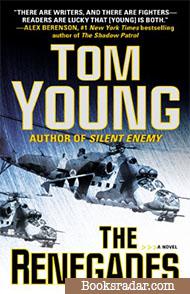 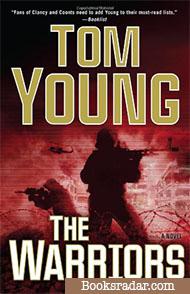 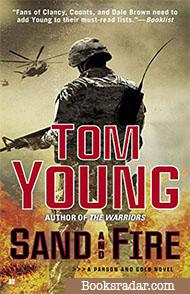 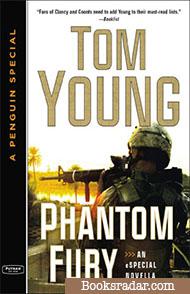 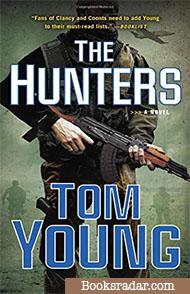 Lieutenant Karl Hagan earned his wings the hard way. But when his plane is shot down behind enemy lines, he's forced to make the hardest decision of his life: trusting the enemy.

Oberleutnant Wilhelm Albrecht wore his Iron Cross with pride. But when his U-boat is attacked in a devastating air raid, he abandons ship and finds an unlikely ally: the pilot who bombed him.

It is November of 1944. The tides of war have turned. Allies have taken back France, and German troops have retreated. But for Karl and Wilhelm, the war is far from over. Each must be prepared to lie for the other, fight for the other, or die with the other. But their short-lived alliance won't truly be put to the test until they reach the end of the line--inside a POW camp...

A powerfully authentic and thrilling saga based on the true story of Operation Halyard, WWII's most daring and successful rescue mission, from air combat veteran and acclaimed author Tom Young...

Summer 1944: Yugoslavia is locked in a war within a war. In addition to fighting the German occupation, warring factions battle each other. Hundreds of Allied airmen have been shot down over this volatile region, among them American lieutenant Bill Bogdonavich. Though grateful to the locals who are risking their lives to shelter and protect him from German troops, Bogdonavich dreams of the impossible: escape.

With three failed air missions behind him, Lieutenant Drew Carlton is desperate for redemption. From a Texas airbase he volunteers for a secretive and dangerous assignment, codenamed Operation Halyard, that will bring together American special operations officers, airmen, and local guerilla fighters in Yugoslavia’s green hills.

This daring plan—to evacuate hundreds of stranded airmen while avoiding detection by the Germans—faces overwhelming odds. What follows is one of the greatest stories of World War II heroism, an elaborate rescue that required astonishing courage, sacrifice, and resilience.

The Speed of Heat: An Airlift Wing at War in Iraq and Afghanistan

Buy now
Like
The Speed of Heat: An Airlift Wing at War in Iraq and Afghanistan

With its fleet of large transport aircraft, the United States military can put personnel and equipment anywhere on the globe within hours. In the Iraq and Afghanistan wars in particular, virtually every soldier, every bullet, every pint of blood, and every bite of food have arrived in the war zone by airlift.

This book tells the story of one Air National Guard airlift wing as related by its members. The 167th Airlift Wing of the West Virginia Air National Guard consisted of a squadron of 12 C-130 cargo planes, their crews, and all the supporting sections--in all, more than 1,200 people.

The author, a former Associated Press reporter turned aviator, flew as an active member of that unit and interviewed nearly 70 servicemen and women for this book. They include aircrews who dodged heat-seeking missiles, mechanics who made combat repairs, flight nurses who treated and transported the wounded, even two motor pool truck drivers struck by a roadside bomb.

A transport plane carrying a high-ranking Taliban prisoner is shot down in a blizzard over Afghanistan's mountainous Hindu Kush. The storm makes rescue impossible, and for two people-navigator Michael Parson and a female Army interpreter, Sergeant Gold-a battle for survival begins against not only the hazards of nature, but the treacheries of man: the Taliban stalking them, the villagers whose loyalties are unknown, and a prisoner who would very much like the three of them to be caught.

When a terrorist bombing strikes a police training center in Kabul, Afghanistan, many are killed. The wounded, including Sergeant Major Sophia Gold, are loaded onto a C-5 Galaxy bound for Germany.

But after takeoff, aircraft commander Michael Parson receives a message: the jihadists have placed bombs on planes leaving Afghanistan—and his is one of them. They are trapped in the air. And if they descend, they will die.

As the air­craft deteriorates and the patients grow worse, Parson, Gold, and the crew are pushed to the breaking point—and their biggest challenge has yet to show itself.

When a catastrophic earthquake hits Afghanistan, American troops rush to deliver aid, among them Afghan Air Force adviser Lieutenant Colonel Michael Parson and his interpreter, Sergeant Major Sophia Gold. The devastation is like nothing they've ever seen.

It's about to get even worse.

A Taliban splinter group, Black Crescent, has begun shooting medical workers, downing helicopters, and slaughtering anyone who dares to accept Western aid. With coalition forces already spread thin, Parson, Gold, and the Afghan aircrews must find a way to strike back. But they're short on supplies, men, experience, and intel. And the terrorists know it…

Lieutenant Colonel Michael Parson’s newest assignment is a welcome change of pace. Manas Air Base in Kyrgyzstan is a major stopover for planes in and out of Afghanistan, but his new job as safety officer is a pretty laid-back way to spend the next year. Or so he thought.

A C-27 crashes on the runway, its fuselage packed with electronic gear—and raw opium. Recruiting Sergeant Major Sophia Gold as interpreter, Parson must investigate not only what caused the crash, but who supplied its cargo. And the answers they find lead to a nightmarish revelation.

A new Balkan war is brewing, driven by a man of ruthless ambition. Parson himself flew during the wars in Bosnia and Kosovo, so he knows their horrors firsthand. But neither he nor Gold has seen anything like what’s about to happen now.

North Africa. A jihadist leader has seized a supply of sarin gas and is wreaking havoc: a nightclub in Sicily, a packed street in Gibraltar. Acting on information, Marine gunnery sergeant A. E. Blount, at six-foot-eight a formidable warrior, the grandson of one of the first black Marines, sets out with his strike force to kill or capture the terrorist.

But it is a trap. Several Marines are killed, some are captured, and the jihadist promises that unless forces withdraw, he will execute one prisoner a day. Immediately, Blount’s friends and colleagues Sophia Gold, now with the U.N., and Lieutenant Colonel Michael Parson, working for the United States Africa Command, rush to Libya to help coordinate rescue efforts. The ordeal, however, has only begun. Soon they will all be fighting for their lives in the sand and fire of the desert.

Buy now
Like
Phantom Fury: A Parson and Gold Novella

But it was a decade earlier, during Operation Phantom Fury in Fallujah, that Staff Sergeant Blount really learned what war was. In this remarkable novella, riveting in its action, shocking in its candor, we see through his eyes as Blount and his comrades discover that the limits of what men will do, both for good and evil, go beyond anything they ever imagined; that the line between friend and enemy is much more complicated than they thought -- and that courage and mercy come in the most surprising of forms.

Khatar. It's a Somali word for 'dangerous,' and it's one that Colonel Michael Parson has heard too often on his present mission. His friend Sophia Gold has talked him into using his leave from the Air Force to fly relief supplies into Somalia in an antique DC-3 cargo plane.

Somalia is infested with armed clans, pirates, poverty, and, increasingly, terrorism. Parson and Gold are about to face all of them firsthand. An al-Shabaab leader called The Sheikh has declared all aid a sin against God, and he launches attacks against planes and convoys to stop it.

If that weren't bad enough, a Hollywood actress and activist has flown into Somalia to make a documentary, and, as far as Parson is concerned, she might as well paint targets on their backs. The mission becomes even more complicated when they encounter a wounded teenage al-Shabaab fighter, who might be seeking asylum--or a chance to kill.

Not even Parson knows just how khatar his mission of mercy will become.