Wayne Zurl is an American author and former member of the disciplined forces.

Brought up on Long Island, Wayne served with the Suffolk County Police Department-one of the biggest municipal law enforcement agencies in New York and by extension, the entire nation.

Thirteen of those twenty years in service were spent as a section commander supervising investigators.

A graduate of the State University of New York (Empire State College), Wayne also served on active duty in the US Army during the Vietnam War, and later in the reserves.

Currently retired, Zurl lives in the foothills of the Great Smoky Mountains of Tennessee with his wife, Barbara.
He is a member of the Author’s Guild of Tennessee and a full member of International Thriller Writers. 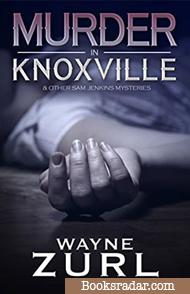 A Murder In Knoxville 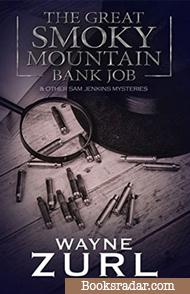 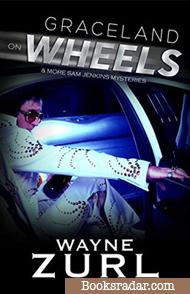 From New York to the Smokies
Smoky Mountain Mysteries (Novels) 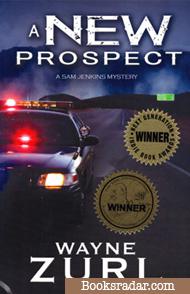 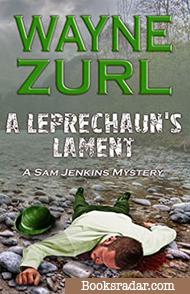 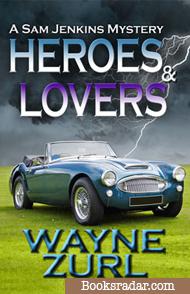 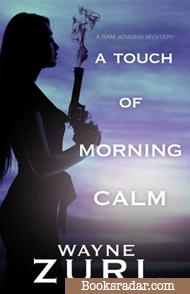 A Touch of Morning Calm 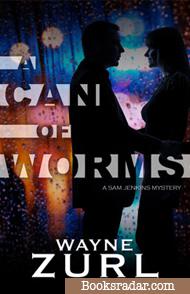 A Can of Worms 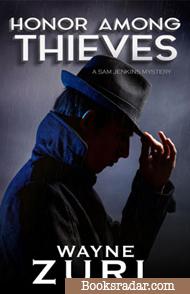 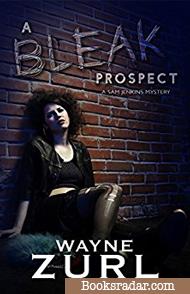 A Murder In Knoxville

Buy now
1
A Murder In Knoxville

Prospect’s Police Chief Sam Jenkins finds himself investigating a murder in another jurisdiction after obliging to a call friend’s call for a favor.

Everything however points to domestic violence with a smattering of political corruption; one with clues that will lead Sam to meeting the most unlikely of killers.

When Sam finally accepts to re-open a forty-three year old investigation into the robbery-homicide, he finds himself back in the 1960’s, chasing down anti-government anarchists who robbed banks as a way of facilitating for their violent revolution.

Police Chief Sam Jenkins has been fishing for most of his life, but never has he ever caught anything quite as fascinating as the dead body of an Elvis impersonator.

It all happened when Sam and Deputy Sheriff, Jackie Shuman, were angling for trout in Crystal Creek, when he suddenly hooked the body of Garland Humphries-a murdered man in a white leather jumpsuit.

The Elvis wannabe was a human train wreck, ever in search of a place to jump off the rails and let his cowcatcher plough into the soft earth of East Tennessee.

From New York to the Smokies

Buy now
1
From New York to the Smokies

From New York to the Smokies is a collection of five mysteries in the life of career police officer Sam Jenkins that span for more than four decades.

THE BOAT TO PRISON – Set in 1963, a teenage Sam and his friends attempt to foil a devious plot to kill a Long Island union leader; all in a bid to keep his shop steward father from doing hard time.

FAVOR – Launching an unofficial investigation to find out why one of his civilian employees isn’t thrilled about her promotion to police officer, Lieutenant Sam Jenkins unfurls a history of despicable crimes.

ODE TO WILLIE JOE, ANGEL OF THE LORD, and MASSACRE AT BIG BEAR CREEK – Adventures of UFO sightings, serial killers on the loose, and of murders most brutal.

Never during the twenty years he spent in New York as a crime fighter did Sam Jenkins ever feel like a fish out of water, up until he moved to Tennessee after retirement.

When Cecil Lovejoy was murdered, his death was considered by many as no great loss, as it was the inescapable outcome of compounded ruined years. Jenkins however jumps head first into the case, as the key suspect in the case is his personal friend.

With his investigative abilities coming under intense questioning by Lovejoy’s influential widow who persuades politicians to reassign the case to state investigators, Sam is convinced that something is amiss.

He as such embarks on a mission to make sure an innocent man doesn’t fall victim to a skewed system.

Chief Sam Jenkins didn’t expect much by way of excitement when he was assigned with the task of investigating all the civilians working for the Prospect Police Department; up until preliminary inquiries revealed that one Murray McGuire didn’t exist prior to 1975.

Murray spent the second half of his life repairing office equipment for the Prospect Police Department, albeit with no trace of the first half.

Uncovering nothing but dead ends while running the background check, Jenkins’s frustrations grow further when he finds his subject murdered in a Smoky Mountain creek bed.

The real manhunt begins when a local FBI agent, a deputy director of the CIA, British intelligence services, and the Irish Garda get involved in the case.

TV reporter Rachel Williamson’s sought to help her friend, Sam Jenkins, with a fraud investigation knowing that it would land her an exclusive story.

The investigation however puts her in the wrong place at the wrong time, as she ends up being abduction by a mentally disturbed fan.

Having learnt of Rachel’s kidnapping, Jenkins cancels his holiday and embarks on a quest to find her with the help of personnel at Prospect PD, and friends from the FBI.

Investigations lead them deep into the Smoky Mountains where they rescue Rachel, but despite taking her home safely, Jenkins discovers that their problems have only just begun…

Sam Jenkins, a retired New York detective turned Tennessee police chief, receives a request from Mayor Ronnie Shields to act as a bodyguard for C.J. Profitt; a famous country and western star who is visiting Prospect.

Profitt’s return to her hometown becomes a much publicized affair; attracting threats from a rightwing group called "The Coalition for American Family Values".

The stunning, attention seeking star jumps on the opportunity to flaunt her alternative lifestyle-knowing it will create backlash from the Coalition.

Jenkins takes up the task to ensure C.J. Profitt’s safety while she performs at a charity event, but little does he know that the misadventure will lead him to old Army acquaintances, a foiled attempted murder, and the destruction of a Dollywood music hall.

A Touch of Morning Calm

But bodies however begin piling up in Sam’s town of Prospect and nearby Knoxville; all with a connection to the faction of the Korean mob.

Matters nonetheless become too much for Sam and his officers to handle, compelling him to seek assistance from an unlikely source-the women in his life.

His wife, Kate, Sergeant Bettye Lambert and TV news anchor, Rachel Williamson, will all play an intricate role in clearing the complicated homicides.

A Can of Worms

Buy now
1
A Can of Worms

When rape allegations are leveled against Finchum- one that occurred three years earlier while in college in Chattanooga- the young man passionately claims his innocence.

But while conducting investigations on the matter, Jenkins unearths corruption in the local sheriff’s office-proof that detectives mishandled the rape investigation, and that the district attorney lost the entire case file.

From scandals and false accusations to extortion, Jenkins’ own reputation and marriage is put on the line, unless he drops the investigation…

Cops normally come across all sorts of characters in the line of duty, but crossing paths with four people from his former life as a New York detective will utterly surprise Police Chief Sam Jenkins.

First off is Carlo “Carly Nickels” DeCenzo-a low level gangster in the Blount County morgue with Sam’s name and phone number written on paper in his pocket.

Next is Gino Musucci, an infamous Northeast crime boss who reveals his intentions of retiring and moving to Prospect, Tennessee-Sam’s hometown.

And then there’s Dixie Foster, his former secretary who turns up after eighteen years. She is also the woman who wanted to steal him away from his wife.

Even before DeCenzo’s murder is solved, another body is discovered in a Prospect motel-that of a retired detective and Sam’s former co-worker.

Sam then receives a letter from an old mobster warning him about a contract on his life. Will he ever catch a break?

Eight Internet prostitutes in East Tennessee are murdered by a serial killer dubbed by the Knoxville press corps as “The Riverside Strangler”; the most recent call girl found floating in Prospect’s Crystal Creek.

Police Chief Sam Jenkins as such joins a task force led by Ryan Leary, the county’s chief deputy and a cop renowned for his questionable police methods.

But the killer strikes again when their investigators hits a dead end. Could it perhaps have been a copycat given the significantly different details?

When Leary is relieved of his duties after being charged with an outlandish, seemingly unrelated case of police brutality, Sam is left with the option of either assuming command of the task force or turning it over to the FBI.