Despite his controversial style, Brown has sold over 200 million printed copies translated in 56 different languages; one that had him listed among the 100 Most Influential People in the World by TIME Magazine in 2005.

A graduate of the prestigious Amherst College, he began his career as a teacher of English before fully venturing into writing. 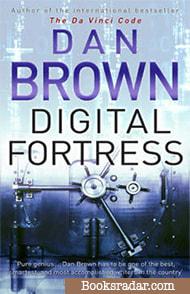 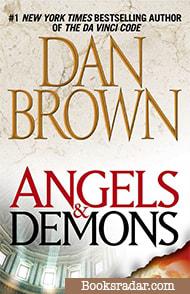 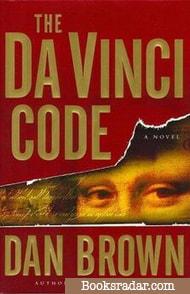 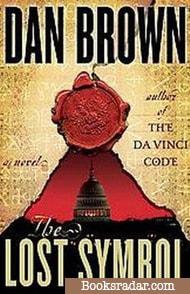 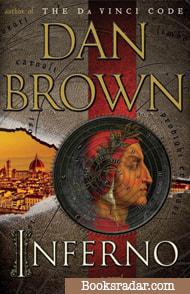 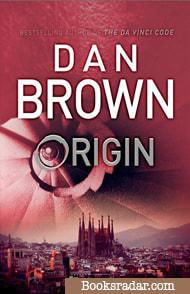 Professor Robert Langdon, the brainchild of bestselling author Dan Brown, serves as the main fictional character in the Robert Langdon book series.
Langdon is a Harvard University professor of history of art and "symbology", a fictional field related to the study of historic symbols, although it’s not essentially related to the actual discipline of semiotics.
According to author Dan Brown, Robert Langdon is the fictional alter ego he wishes he could have been. Born on June 22, 1964 in Exeter, New Hampshire, the same date and place that Brown was born, the fictional character attended Phillips Exeter Academy, same school as Brown, and Princeton University on course to becoming an accomplished scholar.
According to Brown, Langdon actually looks like Harrison Ford; often wearing a turtleneck, Harris Tweed jacket, khakis, and collegiate cordovan loafers. He drives an automatic Saab 900S, and still wears a Mickey Mouse watch which he received as a gift from his parents on his ninth birthday.
When he was seven years old, Langdon fell into a well and got trapped there overnight; something that gave rise to his claustrophobia which he suffers from.
Peter Solomon, the Secretary of the Smithsonian Institution, is his mentor and father figure. His father however died when Langdon was twelve.
An incredibly gifted problem solver with a photographic memory, the symbologist is summoned to help assist with investigations regarding the death of CERN's most renowned physicist in Angels & Demons, before being summoned to decipher another bizarre symbol in The Da Vinci Code.
Robert is thrown into another riddle when his dearest friend and father figure Peter Solomon, is kidnapped in The Lost Symbol.
He then goes toe to toe with a man determined to end the world in the Inferno, before embarking on a mission to locate cryptic password that will unlock the secret by one of his former students in Origin.
Langdon is a skilful diver and talented swimmer, and even got nicknamed “The Dolphin” while in campus due to his likeable personality and ability to swim up to 50 laps on a daily basis. It’s a hobby that turns into a “morning ritual” as he gets older.
Picture Books 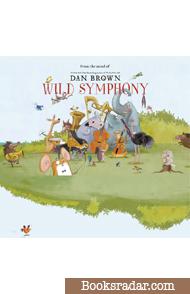 Dan Brown may have become a #1 bestselling author with the masterpiece that is The Da Vinci Code, but it was Digital Fortress that first ushered his career as a novelist.

The book is centered on the National Security Agency (NSA), quite rightly the most powerful intelligence organization known to mankind, yet its existence is only known by a handful of operatives.

When the agency’s invincible code-breaking machine encounters an inexplicable code it cannot decipher, it is forced to call in Susan Fletcher- the organization’s chief cryptographer.

A harmonizing concoction of both beauty and brains, what Susan Fletcher unravels will shake the United States intelligence to the roots of its founding fathers.

One small step for man, one giant leap for mankind. This could explain why NASA claimed meritorious victory when their satellites spotted an indeterminate object buried deep in the Arctic ice.

Seeing as the newly found discovery could have fervent implications on the U.S Space Policy, and by extension the forthcoming presidential election, the Commander-in-chief sends Rachel Sexton, a White House Intelligence analyst to verify the credibility of the findings.

Rachel, with her team of experts, soon unfurl evidence of malice and scientific deception; one that threatens to condemn America into crisis.

She is however faced with insurmountable odds of getting news of the deception to the Oval Office before a team of hired assassins gets to her; right in the middle of the Arctic.

Angles & Demons is the inaugural piece of the Robert Langdon series by Dan Brown. The book is about Robert Langdon, a celebrated Harvard symbologist, who is called to a research facility in Switzerland to analyze a bizarre symbol seared on the chest of a murdered physicist.

Langdon soon learns that the symbol, coupled with evidence from the murder, hallmarks the resurgence of the Illuminati; the most powerful underground secret brotherhood that dates back to ancient history.

The Illuminati has risen from the ashes to execute their longstanding vendetta with the Catholic Church once and for all, and it’s up to Langdon to save the Vatican from utter destruction.

Robert Langdon, a symbologist from Harvard, receives an urgent phone call in the dead of night while on a business trip in Paris.

There has been a gruesome murder of the elderly curator of the Louvre inside the museum, and Langdon has been summoned to decipher a baffling riddle discovered near the body.

Working in tandem with French cryptologist Sophie Neveu, they soon learn that the deceased lost his life while protecting a sacred trust for the Priory of Sion; a secret society that had prominent members like Sir Isaac Newton, Victor Hugo and Leonardo da Vinci himself.

Now Langdon and Neveu have to race against time to help secure the ancient religious relic also sought after by the Opus Dei; a sanctioned Catholic sect.

Harvard symbologist Robert Langdon receives an unsolicited invitation to deliver an evening lecture at the Capitol Building right at the heart of Washington.

A bizarre object, aesthetically encoded with five symbols, is discovered soon after his arrival; one that Langdon identifies as an ancient invitation meant to usher the new recipient into a long-lost world of obscure wisdom.

He has little option but to heed to the mystical invitation, with the hope of saving his dearest mentor Peter Solomon; a renowned Mason and avid philanthropist who so happens to be kidnapped.

In the process, Langdon falls deeper into an unfathomable world of Masonic secrets, buried history and never-before-seen locations seemingly dragging him to one inconceivable truth.

Robert Langdon is in a precarious position after waking up at an Italian hospital, completely disoriented with no recollection of events in the last thirty-six hours. Even more baffling for the Harvard symbologist is the origin of the macabre object which is inexplicably found among his personal belongings.

Langdon is forced to flee alongside his doctor, Sienna Brooks, on discovering that an interminable female assassin has been trailing them throughout the Tuscany city.

They embark on a journey to decipher a series of codes by a gifted scientist whose obsession with the end of the world erringly coincides with his passion for The Inferno by Dante Alighieri.

Robert Langdon, a professor of symbology and religious iconology at Harvard, is invited to the ultramodern Guggenheim Museum in Bilbao by Edmond Kirsch who was one of his students at Harvard two decades earlier.

Forty-year old Kirsch, who is a futurist and a billionaire, has a groundbreaking announcement that is tantalizingly poised to change the face of science forever.

Guests are awestruck by his presentation, but the evening soon turns chaotic, precariously putting Kirsch’s newly found discovery on the verge of being lost forever.

Langdon as such works hand in hand with museum director Ambra Vidal in an intriguing quest to locate a cryptic password that will unlock Kirsch’s secret.

In this picture book, Maestro Mouse takes you on an enchanting journey across land and sea. Along the way, discover each animal's secret: from the frenzied whale, yakking cheetahs and tiny beetles to dashing swans and more. Using the free app and QR codes, listen to the tunes, find the hidden busy bee on each page, and solve all the riddles...

Dan Brown wrote and composed a musical adventure that combines his love of stories, classical music, and riddles into a cleverly orchestrated whole. The colorful and witty illustrations by Hungarian Susan Batori complete the picture.