Joseph Finder is an American author whose fourteen suspense novels have been listed as a New York Times bestseller.

His novels High Crimes (1998) and Paranoia (2004) have been adapted as major motion pictures whereas his works have won numerous awards; key among them the International Thriller Writers’ Thriller Award for Best Novel in appreciation of his work on Killer Instinct (2006).

Joe lives in Boston and is a graduate of the prestigious Yale College and the Harvard Russian Research Center. 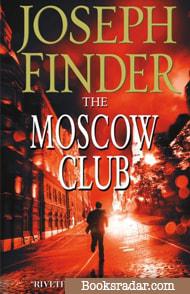 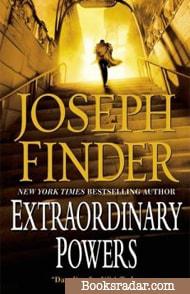 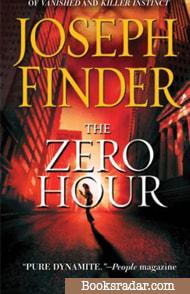 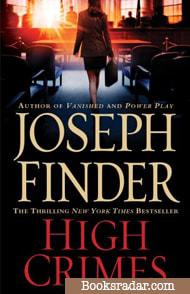 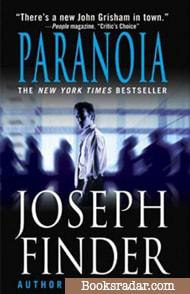 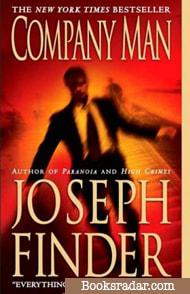 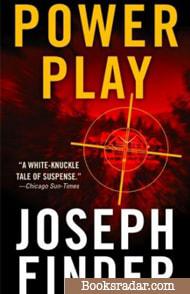 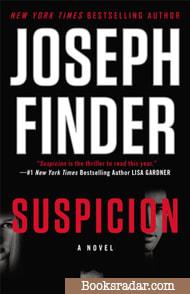 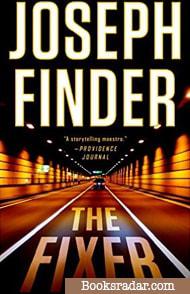 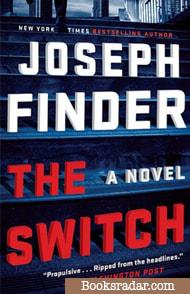 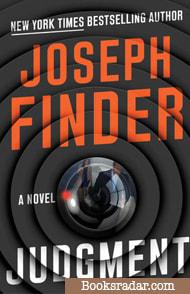 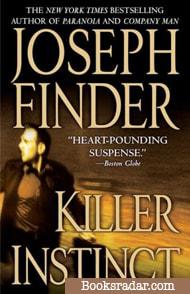 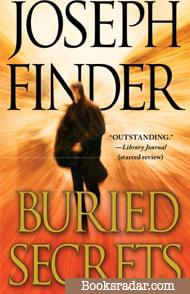 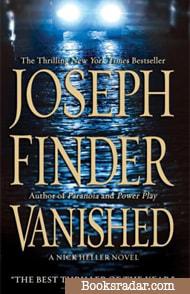 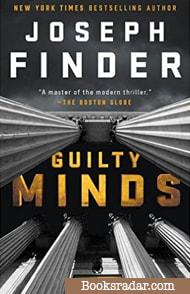 It’s 1991 after the Cold War and the services of Charlie Stone, a talented CIA analyst who made a name for himself at the height of the Cold War, are needed.

When a top-secret tape forecasting a coup d’état in the Kremlin has been sneaked out of the Soviet Union by one of a few moles that still remain, Stone’s assessment reveals an incredibly violent power struggle taking place: one that could be linked to an old mystery involving the imprisonment of his own father.

Amid all that, Stone still finds himself fighting to prove his innocence having been framed for a gruesome murder.

CIA director Harrison Sinclair has been killed in a grisly road accident. Could he have been a traitor or did the Agency lose its last honest man? Ben Ellison, his son-in-law who is also an ex-agent and an attorney, takes cognizance of rumors about ominous forces at the heart of the Agency that could have ordered for Sinclair’s assassination.

But he too is thrust into a web of violence and is enticed into a top-secret espionage funded by American intelligence; its project, telepathic ability...

FBI Special Agent Sarah Cahill doesn’t know the man she is tracking but the “Prince of Darkness” knows her…and knows her intimately.

When she is summoned to Wall Street to carry out an investigation, the counter-terrorism expert is unaware that she is the one under surveillance, up until the terrorist infiltrates himself into the deepest, most despairing corners of her life.

Sarah soon races to uncover a fiendishly clever ploy;one that she must do before the clock strikes THE ZERO HOUR!

A Harvard law professor and a high-profile criminal defense attorney with an affinity for winning tough cases, Claire Heller Chapman seems to have the perfect life.

But things take a twist when her husband, Tom Chapman, is suddenly arrested by government agents on accusations of a brutal crime he claims innocence to.

When she finds out that her husband is not who she thought he was, Claire must put her entire reputation on the line to defend Tom in a top-secret court-martial.

At twenty-six, Adam Cassidy loathes his job as a low-level employee at a high-tech corporation. So when he is charged with a crime after manipulating the system to help out a friend, he opts to become a spy in the headquarters of their chief competitor, rather than going to prison.

His newly discovered talent propels him to an affluent life where he drives a Porsche, lives in a lavish apartment and is dating the girl of his dreams.

But when Adam tries to break off from his controllers, he soon discovers that he is trapped in a world where no one can be trusted and nothing is the way it seems…

As the CEO of a major corporation, Nick Conover was the most admired man in a company town, until the layoffs came.

When a faceless stalker threatens his family, Nick- a father of two and recent widower- realizes that the gated community they live in is of no reliable protection.

He as such takes matters into his own hands but a tragedy strikes; one that sends his life into a downward spiral.

Determined to uncover a conspiracy against him while being closely monitored by homicide detective Audrey Rhimes, Nick discovers strengths he never imagined he had and there’s no telling how far he will go to protect his family.

Jake Landry works as a junior executive at the Hammond Aerospace Corporation. Ordered to fill in for his boss at the annual offsite, he massively feels out of place with the lavish accommodations, the arrogant men who run the business and his ex-who so happens to be the new special assistant to the CEO.

But when a band of hunters gatecrash festivities on the opening night, the execs of the billion-dollar company are held hostage by a group of men brandishing guns. With a devious plan to take Hammond Aerospace unfolding, Jake is seemingly the only one who can save them.

Danny Goodman, a single father, would stop at nothing to protect his teenage daughter, Abby, from more despair following the death of her mother.

Barely managing to afford the private school that she adores, he accepts a loan from Thomas Galvin, the father to Abby’s best friend and one of the wealthiest men in Boston.

But the DEA come sniffing as soon as the money is wired into his account. Faced with the impractical choice of indictment for accepting drug money, Danny finds himself immersed in a dangerous undercover assignment; one that will indubitably put his life and that of his beloved daughter’s in grave danger.

Buy now
Like
The Fixer
Having lost his job, fiancée and apartment, Rick Hoffman’s only option is to move back to the home of his melancholic youth; now an empty, putrid house after his father was moved to a nursing home since the stroke.
While tearing down the old house, Rick discovers millions of dollars hidden in the walls; more than enough money to transform his life, but one that however attracts deadly enemies who are desperate to keep the past buried.
Only solving the mystery of his father- a man who has neither been able to communicate nor care for himself for nearly twenty years- will save Rick…but will he survive long enough to do it?
Author: Joseph Finder
First Release: 2015
ISBN: 978-0451472571
Publisher: Dutton

Michael Tanner only notices he picked up the wrong MacBook in an airport security line when he arrives home in Boston. Eager to feed his curiosity, he discovers that the laptop- belonging to a US senator- contains top secret files.

Nervous after realizing the mix-up, Senator Susan Robbins calls her chief of staff, Will Abbott, knowing all too well that she broke the law by uploading the classified documents to her PC.

Desperate to avoid Snowden 2.0, Will seeks the help of an unscrupulous "fixer" after failing to gain Tanner's co-operation.

Meanwhile the security agency has its darker methods of handling matters, and Tanner suddenly finds himself on the run-terrified for the safety of his family.

There is a rumor that Juliana Brody, a judge in the Superior Court of Massachusetts, is in consideration for the federal circuit and maybe someday even the highest court in the land.

When she meets a forbearing, vulnerable man at a conference in a Chicago hotel, she in a moment of weakness ends up having what was explicitly nothing more than a one-night stand.

That was however no random encounter. Juliana discovers that her passionate night of infidelity was captured on video and that a frightening conspiracy that will turn her life upside down is unfolding.

Personal humiliation and the possible end of her career nevertheless becomes the least of her worries, as her own life and that of her family is put in mortal danger.

Jason Steadman, a thirty-year-old sales executive living in Boston, works for an electronics giant rivaled by Sony and Panasonic. Despite being clever, charismatic and well liked at the office, he seems to lack the "killer instinct" that would propel him up the corporate ladder.

But everything changes when he crosses paths with Kurt Semko; a former Special Forces officer who was once drafted by the majors. He as such gets him a job in Corporate Security, seeing as the company softball team could use as a decent pitcher.

Bad things however start happening to Jason's rivals whilst his career suddenly takes off overnight. His new best friend has become the most dangerous enemy imaginable.

Nick returns to his home town of Boston to set up his own shop when he is urgently summoned by Marshall Marcus, an old family friend and a Hedge fund titan whose teenage daughter Alexandra has been kidnapped in what’s evidently a sophisticated abduction.

As Nick begins to probe the case of Alexandra who whose sufferings at an underground crypt are being streamed live over the internet, he discovers that Marshall was running a Ponzi scheme.

When his old friend is arrested by the FBI, Nick moves to unearth an astonishing conspiracy that may very well reach up to the highest levels of government.

It seemed like a normal night when Lauren Heller and her husband, Roger, went out to dinner…until they were brutally attacked. When Lauren awakes in the hospital twenty-four hours later only to realize that her husband has vanished without a trace, she turns to her brother-in-law Nick- a high profile investigator running a private intelligence firm.

Nick has been estranged from his brother since the imprisonment of their notorious billionaire father, but he will do everything to protect Lauren and her son.

He however makes shocking discoveries about his brother’s life, and must take on a lethal conspiracy in a bid to protect the life of Lauren and her teenage son.

The career of the chief justice of the Supreme Court hangs by a thread when a powerful gossip website runs an exposé claiming that he had an affair with a an escort-a young woman willing to reveal her salacious tale to the entire world.

Nick Heller, an acclaimed intelligence operative based in Boston, flies down to Washington DC when he is urgently summoned to help out with the potentially incandescent situation.

He only has just forty-eight hours to disprove the accusations leveled against the chief justice, but everything deteriorates when the call girl is found murdered.

Convinced there is more than meets the eye, Nick maintains his resolve to find the mastermind behind the sinister conspiracy.