Born in Arcadia, California, Asher attended Cuesta Community College and California Polytechnic State University in San Luis Obispo where he abandoned his studies in junior year to pursue a career as a writer.

His debut novel Thirteen Reasons Why was released as a Netflix original series in 2017, while his books have been published in over 40 languages.

Asher married Joan Marie in 2002, and together they have a son called Isaiah Nathan. 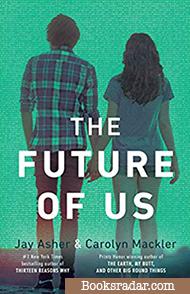 The Future of Us 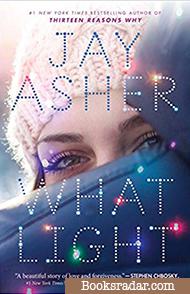 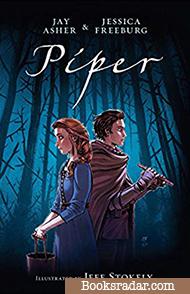 Upon returning home from school one day, Clay Jensen is shocked to find a mysterious package with his name on it lying on his porch.

Inside the package are a number of cassette tapes recorded by Hannah Baker, his classmate and crush who took her life away two weeks earlier.

Of the thirteen reasons that made Hannah commit suicide, Clay is one of them. If he chooses to listens, he’ll find out why.

Guided by Hannah’s voice, Clay spends the night going across his town; becoming a first-hand witness to her pain.

Through it, he discovers the truth about himself–something he never wanted to face.

The Future of Us

Buy now
1
The Future of Us

“What if you could see how your life would unfold by just clicking a button?”

The year is 1996. Less than half of the high school students in America have ever used the Internet. Emma acquires her first computer and an America Online CD-ROM.

Along with her best friend Josh, they switch it on and log on, only to discover themselves on Facebook—fifteen years in the future.

Whereas most people wonder what their fate will be, Josh and Emma are about to find out.

Caleb is nowhere near the perfect guy. Having made a terrible mistake several years ago, he has been paying for it ever since.
Seeing beyond his past, Sierra is determined to help him learn the power of find forgiveness and redemption.

Before long, the two end up discovering the power of true love.

Maggie, a deaf and lonely girl, lived in a tiny village located in the middle of a dark, extensive forest.

Rejected by her village as a result of her disability, Maggie’s only comfort is her wild imagination and gift for inventing stories, hoping that she’ll one day find her fairy-tale love.

That dream comes true when she meets the mysterious Piper whom she falls madly in love with.

And for Maggie, the boy of his dreams could quite rightly turn out to be her worst nightmare…